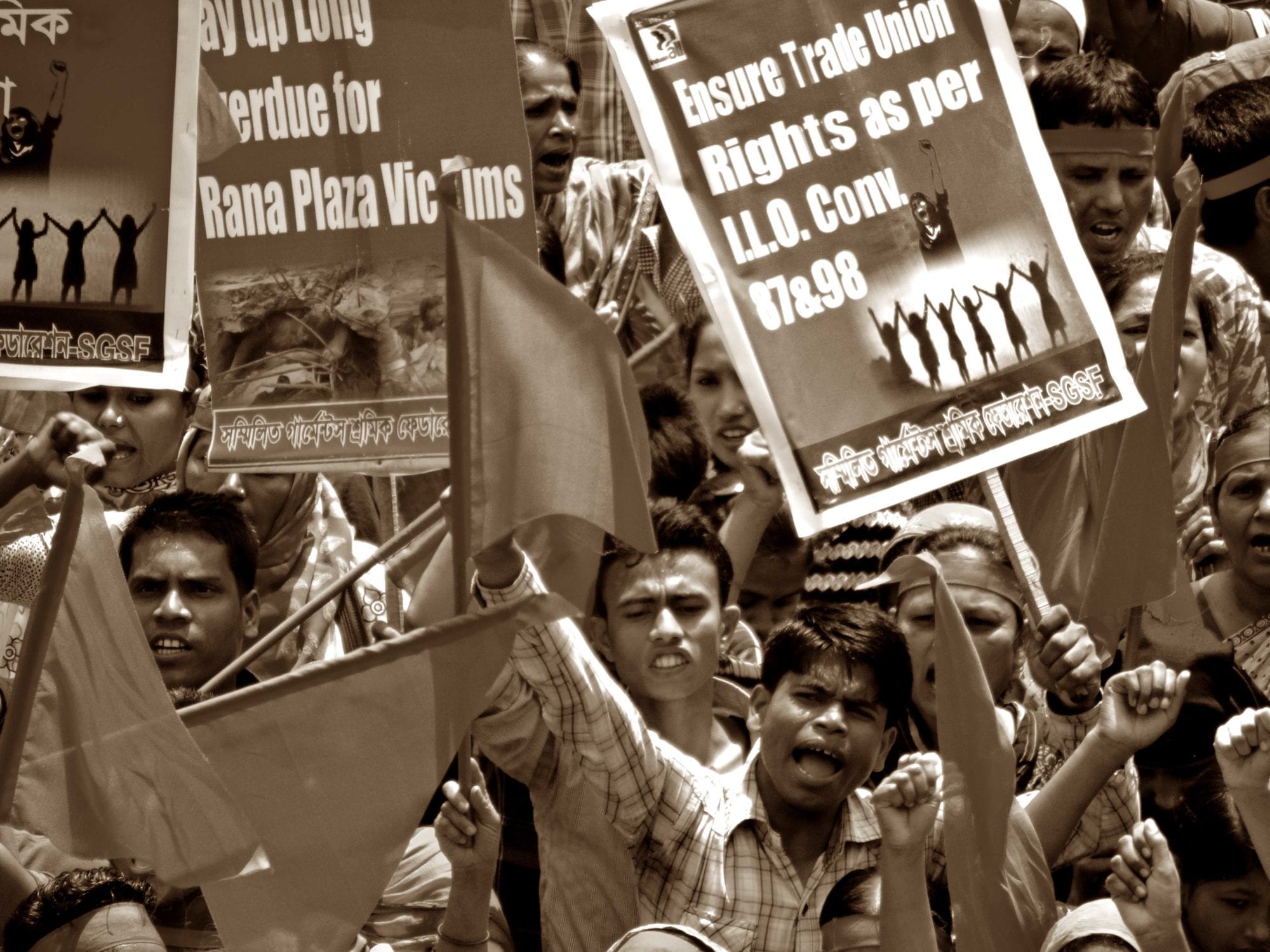 More than 11,000 garment workers have lost their jobs or faced repression as a result of the wage protests, and employers and the police have filed cases against more than 3,000 workers, according to the global union IndustriALL. Many workers fired say they were not involved in the protests.

During the walkouts, police used tear gas, water cannons, batons and rubber bullets, reportedly injuring dozens of workers and killing 22-year-old Sumon Mia, a worker at Anlima Textile in Savar, who was shot dead on his way back to work from lunch.

Billboards with names and photographs of terminated workers have been posted at some factories as an intimidation tactic, and union leaders say factory management is exploiting the walkouts to target and blacklist them from employment in the sector.

Factory walkouts began the second week of December, when mostly nonunion garment workers from roughly 350 factories in Gazipur, Ashulia and Narayanganj protested the elimination of the 5 percent annual wage increase for 2018 and a basic wage increase applied unequally to workers with various skill levels.

But in recent years, employer harassment—including physical attacks and threatening home visits—and government resistance to workers seeking to register unions have meant even fewer workers can join together to collectively improve their workplaces. As recently as November 2018, two union organizers were brutally attacked by men associated with factory management, according to union leaders.

At the same time, Bangladesh’s highest court threatens the expulsion of the Accord on Fire and Building Safety in Bangladesh established after the Rana Plaza disaster. The legally binding agreement between hundreds of primarily European corporate retail brands and unions conducted safety inspections at more than 1,000 factories and educated workers on safety and other workplace rights.

Bangladesh is the biggest producer of garments in the world after China, with apparel exports totaling more than $30 billion last fiscal year. Although the Bangladesh RMG industry is by far the country’s biggest export earner, wages remain the lowest among major garment-manufacturing nations. Yet the cost of living in Dhaka is equivalent to that of Montreal.