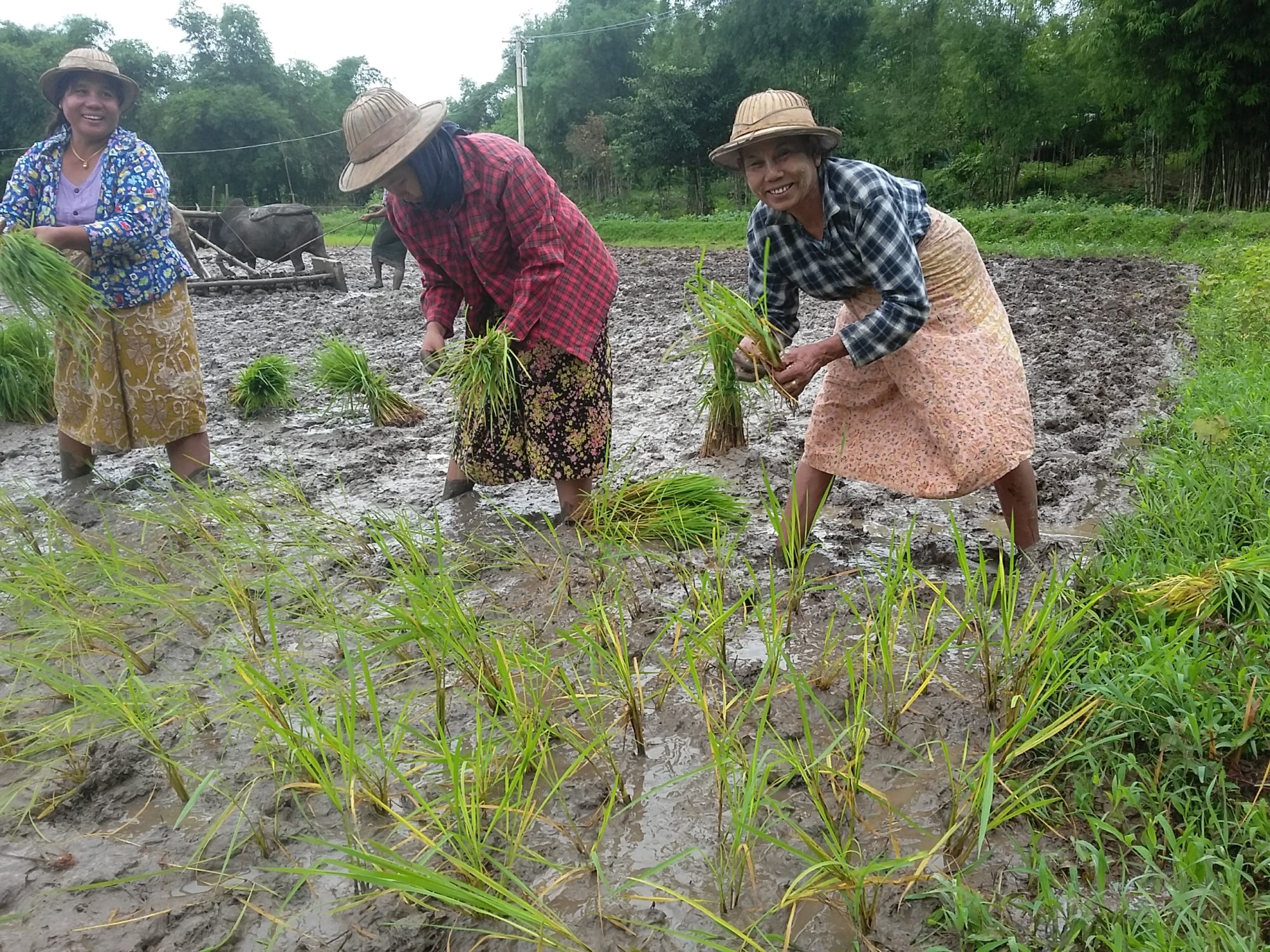 The Solidarity Center, which provided assistance to Burmese union leaders who were exiled under the military dictatorship until 2011, works with the Confederation of Trade Unions of Myanmar (CTUM) and other partners in Burma’s growing trade union movement in agricultural, garment, woodworking and other industrial sectors.

Two women unionist activists in Myanmar were assaulted and arrested late last week after the taxi they were traveling in was rammed by a military vehicle in eastern Yangon. According to eyewitnesses at the scene, six soldiers exited a military vehicle after ramming...
Read More

As Myanmar’s military junta marks the first year of its overthrow of the country’s democratically elected government February 1, delegates to a national unity assembly seeking to establish civilian control and return the country to democracy elected a five-member...
Read More 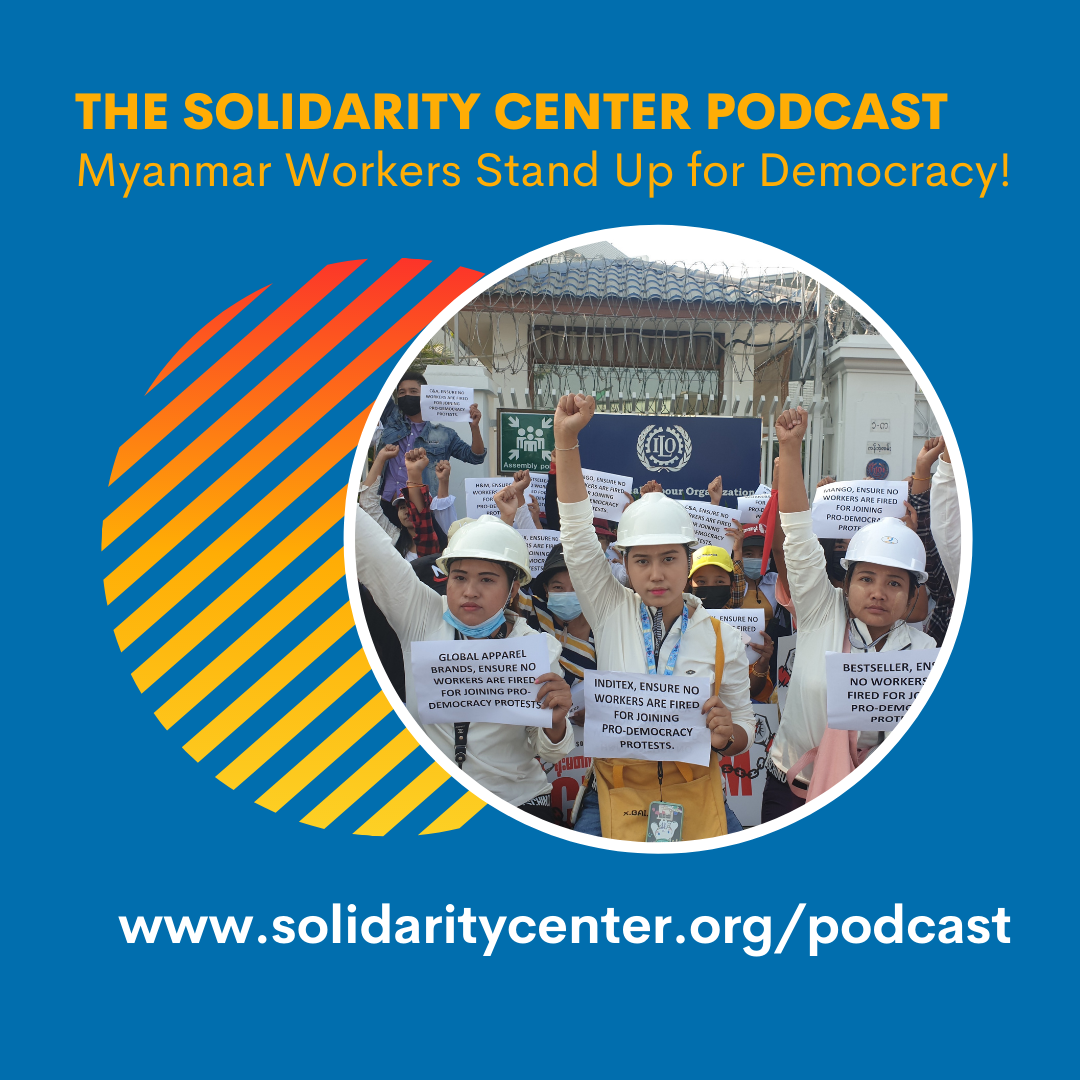 After the military overthrew Myanmar’s democratically elected government in February, the country’s garment workers, most of them young women, were the first to stand up to defend their right to a free and peaceful society. Since then, workers have led peaceful... 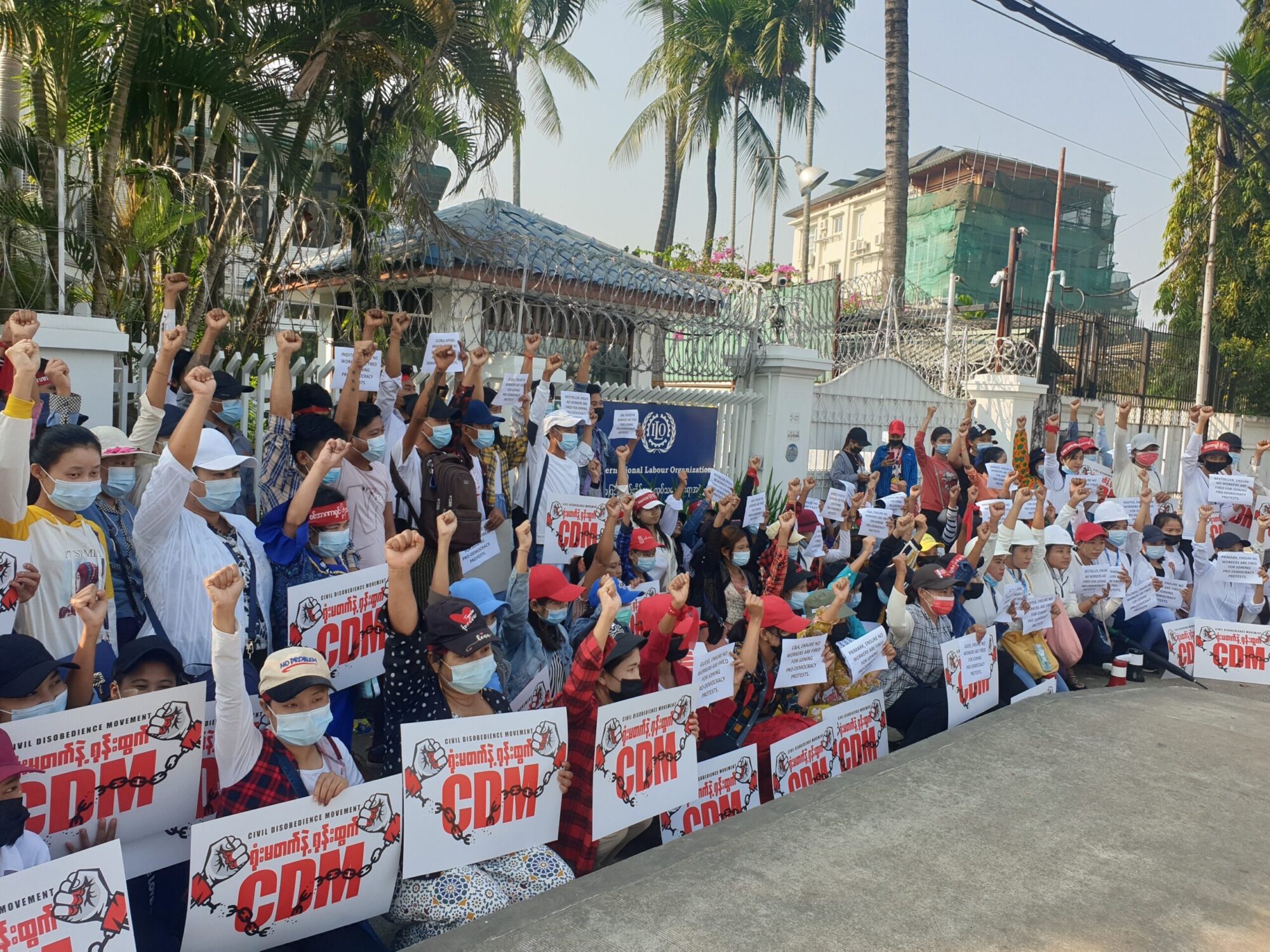 Two union leaders in Myanmar recently have been arrested for their participation in pro-democracy rallies, and unions worldwide are calling for governments to halt trade and other financial support that provide backing to the country’s military government. The total... 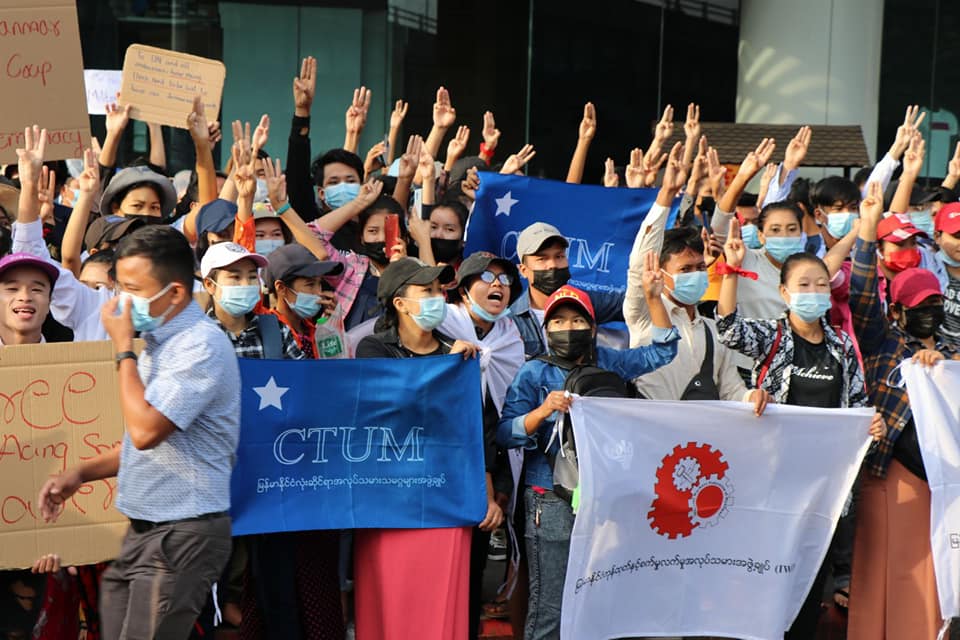 Nurses, doctors and other health workers rallied in central Myanmar over the weekend, despite the government’s brutal repression against workers peacefully protesting for an end to the military coup launched on February 1. Military and police have killed at least 249...