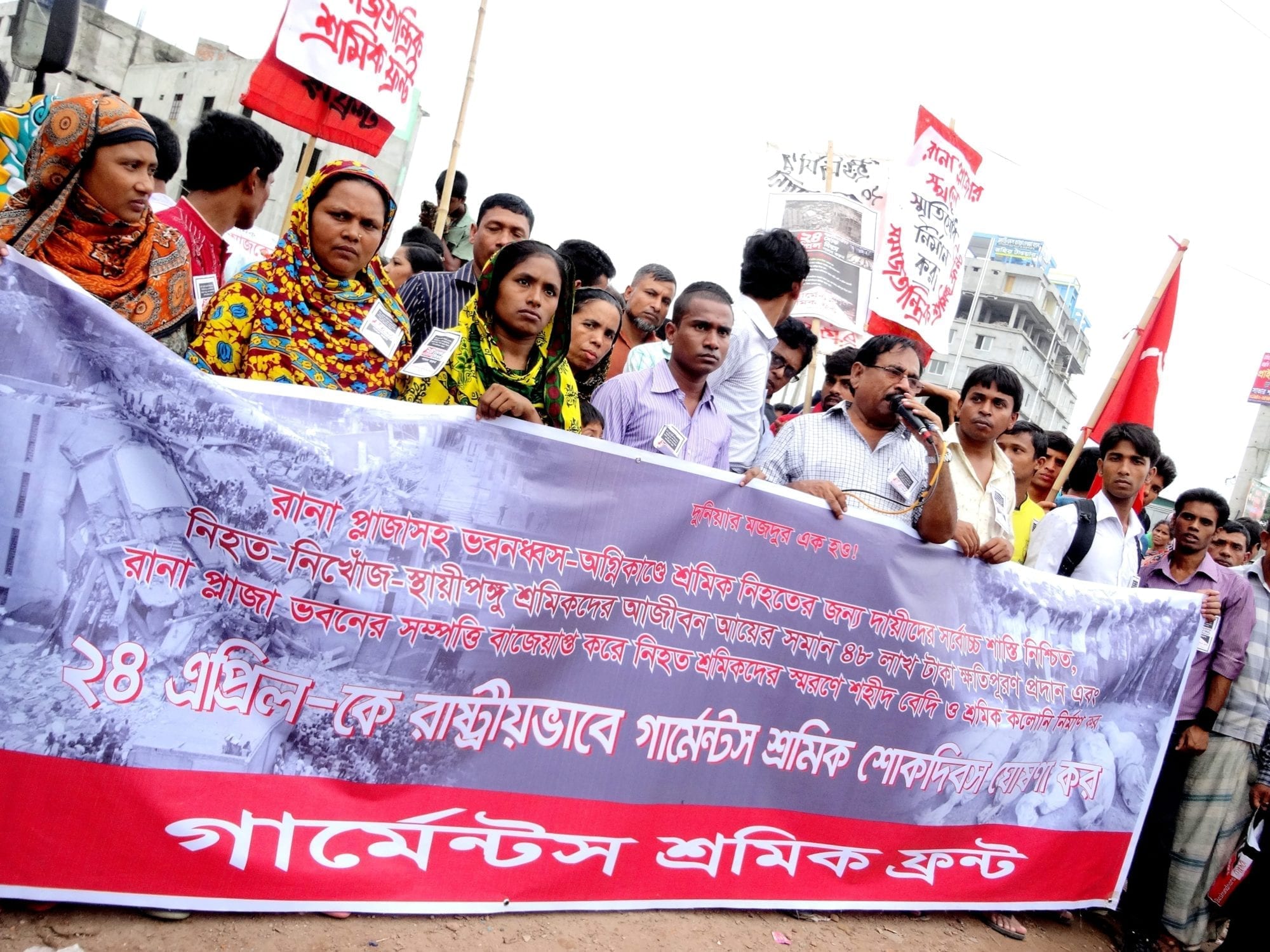 Days before tens of thousands of Bangladesh garment workers rallied on the two-year anniversary of the Rana Plaza collapse, the ITUC released a report that found “a severe climate of anti-union violence and impunity prevails in Bangladesh’s garment industry. The violence is frequently directed by factory management. The government of Bangladesh has made no serious effort to bring anyone involved to account for these crimes.” Solidarity Center/Balmi Chisim

Bangladesh garment workers seeking to improve working conditions by forming unions at their factories are frequently verbally or physically abused by their employers, face an unfair and arbitrary government union registration process and are unable to seek justice when their rights are violated. Union organizers and leaders are arrested and jailed for their work, authorities fail to accept complaints or investigate charges, while employers often get away without penalties.

These are the findings by the Solidarity Center and our allies, four years after the deadly Rana Plaza building collapse in which more than 1,130 garment workers died and thousands injured on April 24, 2013.

“If there was a union at Rana Plaza, (the collapse) may not have happened,” says Ronju, a  garment worker organizer with the Bangladesh Independent Garment Workers Union Federation (BIGUF).

Safety and health improvements have been made in some factories as a result of the Accord, with dozens of garment factories closed for safety violations and pressing safety issues addressed. But to sustain the progress, workers need the ability to freely form unions to hold employers accountable for safe workplaces.

Although workers were more free to form unions in the first two years after the Rana Plaza tragedy, they increasingly are facing obstacles. Due to an arbitrary union registration process that is vulnerable to employer manipulation, approximately half of workers’ applications for a union have been rejected since 2013. Despite a massive demand from workers for a union after Rana Plaza, there was steep jump in rejections in 2015, according to Solidarity Center data. Over the past year, the rate of rejections in Chittagong has increased sharply.

“After Rana Plaza, we began to get union registration, but the hidden obstacles are still there,” says Asaduzzaman Asad, a BIGUF garment worker union organizer. “There are still many attempts to destroy the unions.” 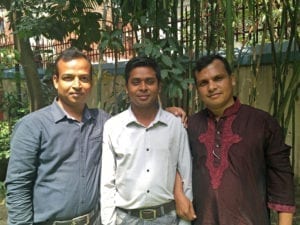 The minimum wage for garment workers is $68 a month, the lowest in Asia and below the World Bank poverty line, with garment workers fueling Bangladesh’s $28 million garment industry, which is the world’s second largest, after China.

The majority of Bangladesh’s 4 million garment workers are women. Yet they risk employer harassment on the job and even at their homes, and sometimes are physically attacked and beaten when seeking a union.

In December, thousands of garment workers in the Ashulia factory district went on strike to demand an increase in the minimum wage. The strike began in a factory where two months earlier a young woman collapsed on the job and later died at a hospital. Her employer put her body outside the factory for her family to pick up.

Following the strikes, dozens of union and labor NGO offices were forced to close for over two months, and at least 35 union leaders, workers and activists were arrested on baseless charges. Some face life imprisonment or even death, according to the Solidarity Center legal team in Dhaka. Ronju and Asad are among them.

“The false charges against me are about a political opposition case,” says Ronju. “They put me in this case just to harass us (BIGUF). There is nothing there. The police were instructed by higher authorities to arrest us. BIGUF really works for the workers and that is why we were targeted.”

Since the strikes, union leaders report regular police visits to their offices, vandalism and destruction of union offices, police raids on training programs and activities and continuous police surveillance of union offices.

Up to 85 factories were closed after the strike—most of which had not been involved in the strike—and at least 1,600 workers were fired or forced to resign.

The crackdown has had a chilling effect on organizing and it is become even harder than it was before to address workers’ concerns, according to Kalpona Akter of the Bangladesh Center for Worker Solidarity.