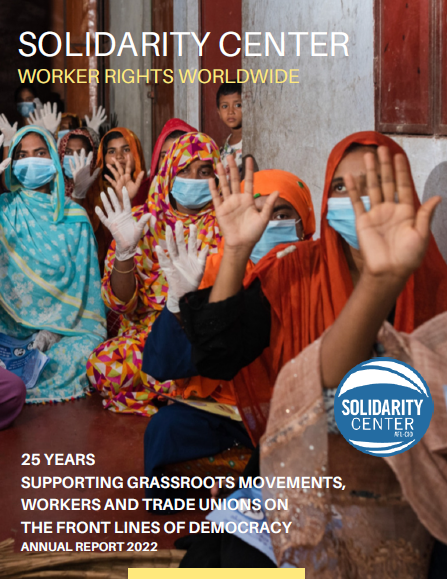 In 2022, the Solidarity Center marked a quarter century of supporting embattled workers, advocating and litigating for change, and celebrating worker rights advances in troubled times. As crackdowns on fundamental civil rights intensify around the world, workers and...

END_OF_DOCUMENT_TOKEN_TO_BE_REPLACED 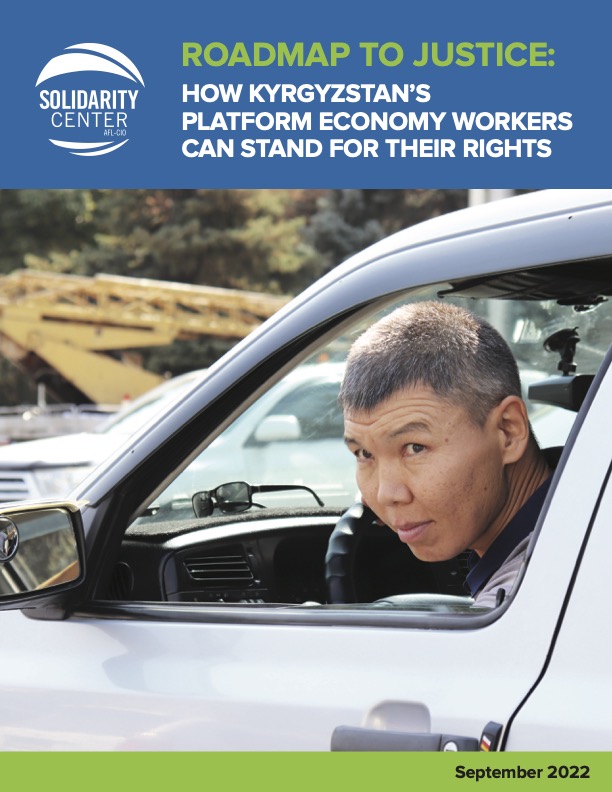 Roadmap To Justice: How Kyrgyzstan’s Platform Economy Workers Can Stand For Their Rights (2022)

The digital platform share in the economy in Kyrgyzstan is growing, and with that growth, an increasing number of people are working through these platforms. Due to its growth, the vulnerability of workers in this sector has also become more apparent, especially for...

END_OF_DOCUMENT_TOKEN_TO_BE_REPLACED 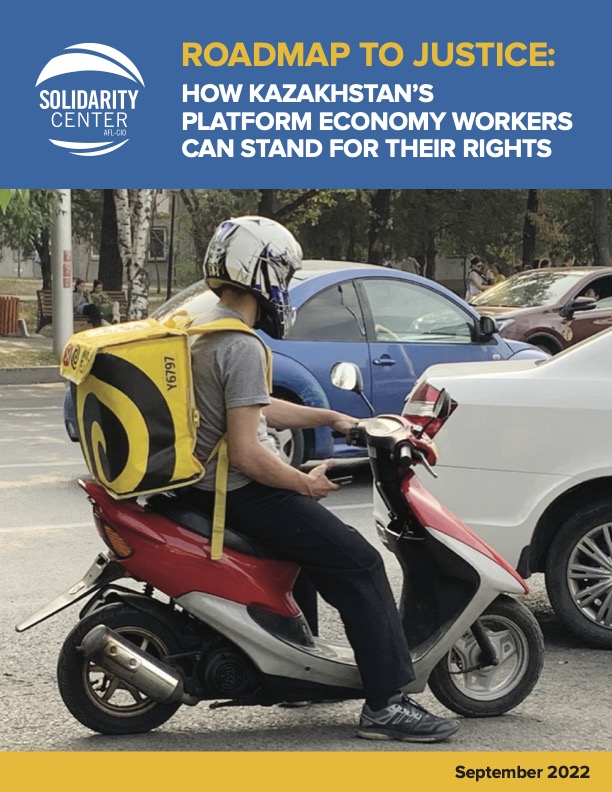 Roadmap To Justice: How Kazakhstan’s Platform Economy Workers Can Stand For Their Rights (2022)

Kazakhstan has the most developed digital market in the region, and digital platform companies operate in Kazakhstan’s major cities. With the sector’s growth, the vulnerability of workers in this segment has also become more apparent, especially for marginalized...