Gender-Based Violence and Harassment at Work 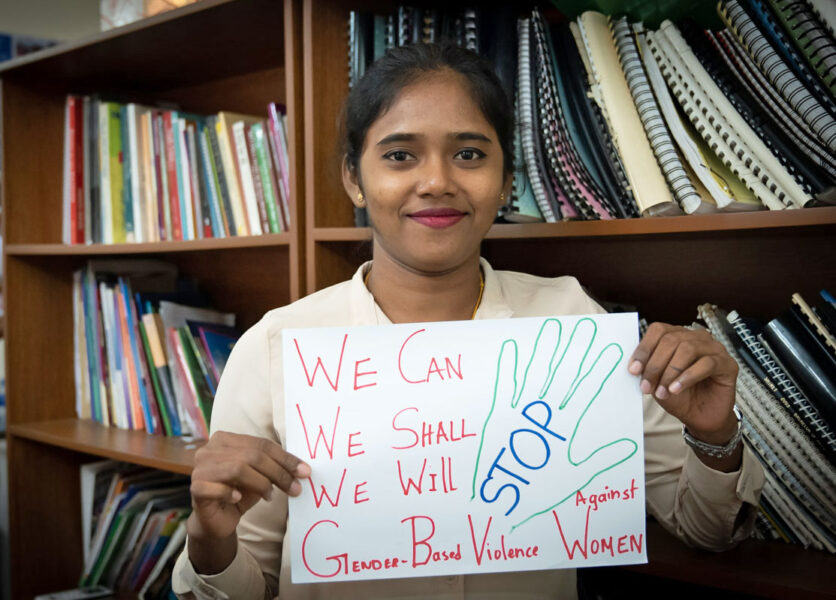 The Solidarity Center and worker rights organizations like the Lanka Eksath Jathika Workers Union in Sri Lanka advocated for a landmark global standard to eliminate gender-based violence and harassment at work and are pushing for its ratification by governments. Credit: Solidarity Center/Sean Stephen

The Solidarity Center prioritizes preventing and addressing gender-based violence and harassment in the world of work, recognizing it is a primary barrier to achieving gender equality and a key step for security of all workers’ rights. The Solidarity Center seeks to enhance the voice of women and other marginalized workers in policy making at the local, national, and international levels to reduce the risk of gender-based violence at work and build leadership, voice and direct participation of women and other marginalized workers and their unions.

Beginning in 2014, the Solidarity Center was a core member of a global coalition of worker rights organizations led by women union activists that successfully advocated for a landmark global standard (Convention 190) to eliminate violence and harassment in the world of work, including gender-based violence and harassment which was adopted by the International Labor Organization in June 2019. We support our partners as they campaign for their governments to ratify ILO Convention 190.

Download in English. Download in Arabic. This report was made possible through the generous support of the Ford Foundation.
Read More

The vast majority of Brazilian textile and shoe factory workers who took part in a recent study say they have experienced some form of violence at work, often gender-based violence and harassment—to the extent that “for many women, work is synonymous with suffering,” writes the Solidarity Center’s Tula Connell. 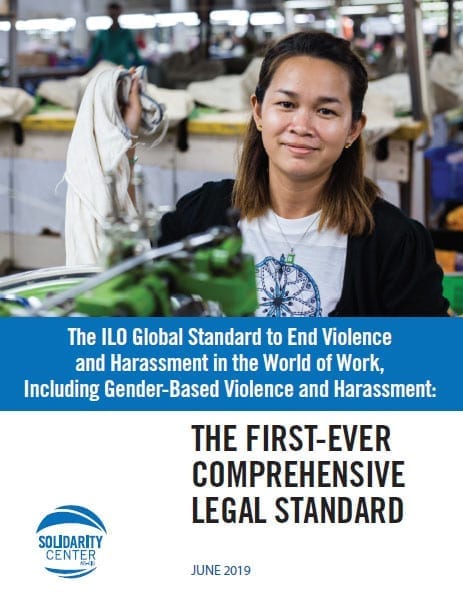 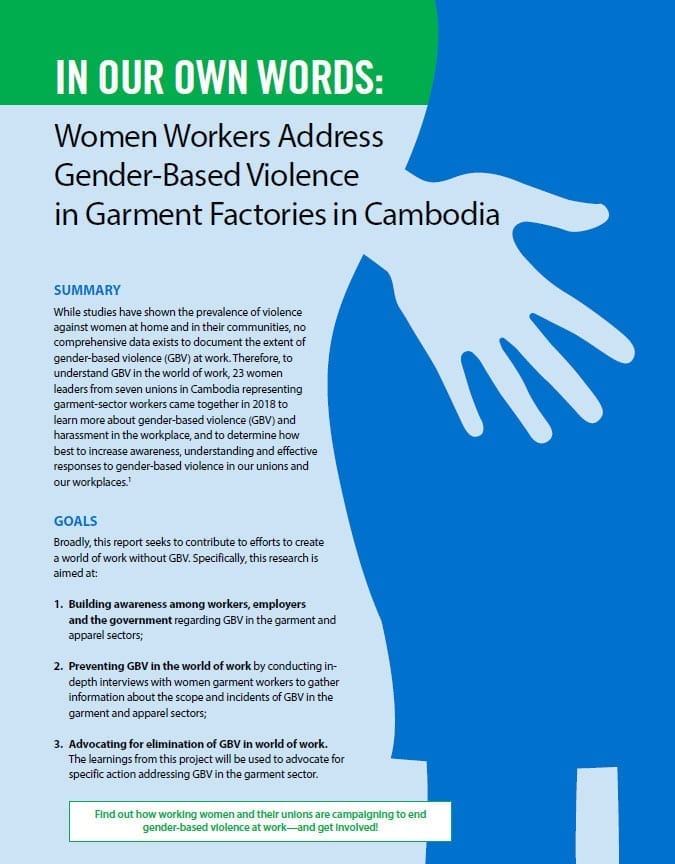 In Our Own Words: Women Workers Address Gender-Based Violence in Garment Factories in Cambodia

While studies have shown the prevalence of violence against women at home and in their communities, no comprehensive data exists to document the extent of gender-based violence (GBV) at work. To better understand GBV at work, 23 activists and female leaders of workers...