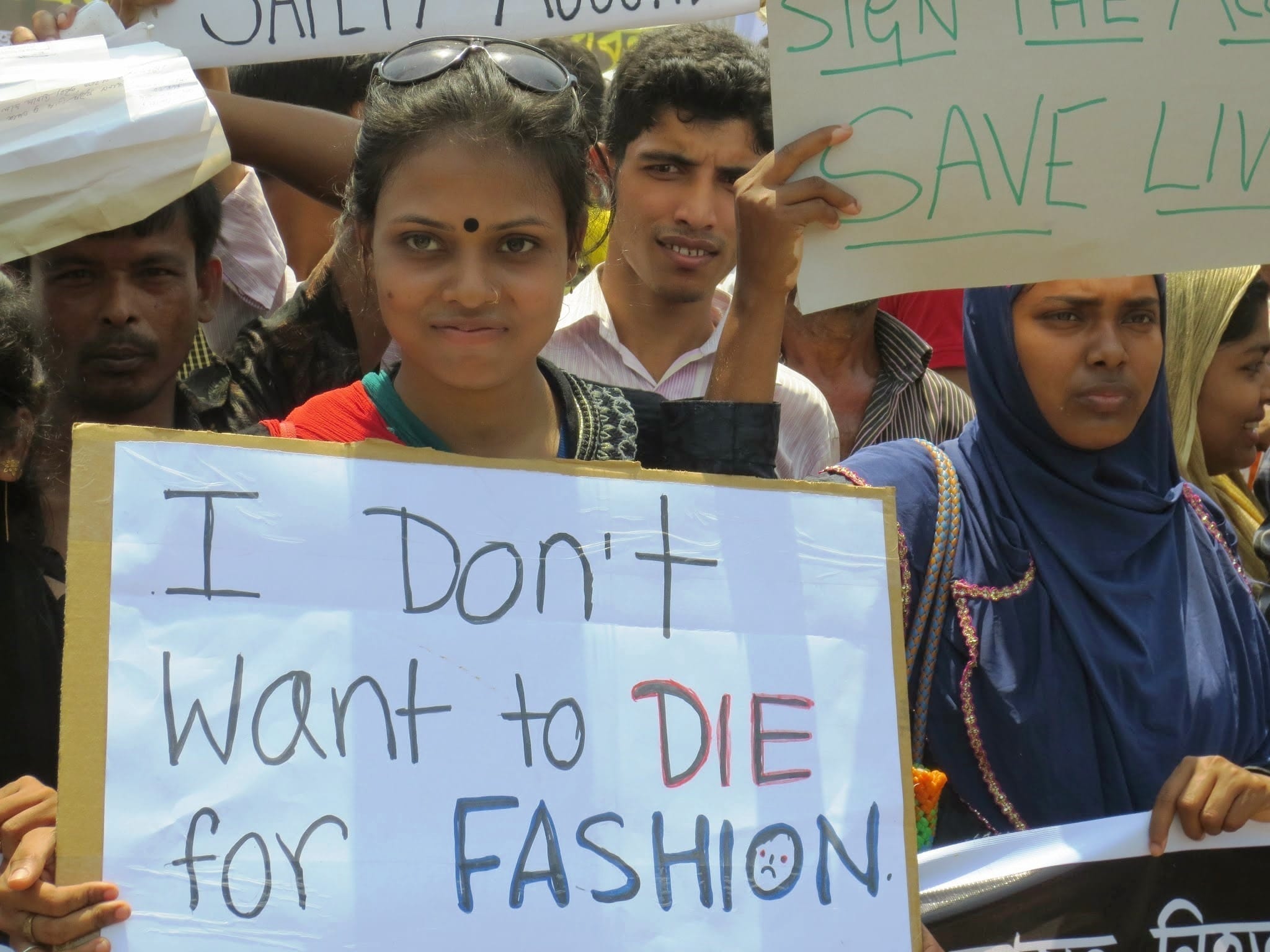 Five years is a lifetime in the fashion industry. The fast fashion cycle demands quicker and quicker turnarounds, sometimes in months or even weeks. This puts downward pressure on suppliers in terms of prices for the goods they produce and increases demands on workers, usually to work more for less. The last five years in the Bangladesh garment industry have been particularly dizzying, following the deadly November 24, 2012, Tazreen Fashions fire—and the Rana Plaza collapse six months after—that impelled intense, though not-quite permanent changes.

For workers and their unions, some changes have been historic and empowering. In an unprecedented burst of organizing in 40 years of the garment industry in Bangladesh, more than 400 unions recruited 90,000 new members. Now, however, we are seeing the government’s and industry’s reactions to that empowerment. Their dismissive attitude toward workers, their rights and their role in a booming sector runs the risk of harming not only Bangladesh garment workers but the very trade deals that make the country’s garment and textile sector its economic engine.

The young women union leaders of Bangladesh have surged forward against difficult odds, and the scars of the Tazreen factory fire that killed 112 garment workers are still raw. Many workers who were badly injured in the disaster, as documented by the Solidarity Center, are still unable to work. And the unions that workers continue to organize are facing an uphill battle for recognition, dignity and rights at work.

In 2012, prior to Tazreen, 12 unions applied for registration, a government requirement, and only one received it. Following Tazreen and with the world focused on how our clothes are made, 157 unions applied for registration and 84 were registered in 2013. Through their unions, the mostly woman workforce learned fire safety, gained maternity benefits and even improved their wages. But a backlash began to set in by 2015. Intimidated by employers determined to limit organizations that would represent worker interests, workers formed fewer unions.

Last December widespread labor unrest over poor wages in Ashulia, a suburb of Dhaka, led to hundreds of fired workers, police repression and trumped-up legal charges against worker rights activists. In response many Western clothing brands boycotted the annual high-profile “garment summit” in February, organized by the Bangladesh Garment Manufacturers and Exporters Association (BGMEA). In the spring the European Union (EU) held a first-ever meeting in Dhaka to discuss Bangladesh’s ill-treatment of workers and disregard for freedom of association in light of the garment industry’s preferential trade status. Still not getting the message, the Bangladesh police surveilled union activists, temporarily shut down union offices and raided worker education programs supported by the U.S. government, while ignoring coordinated attacks, verbal and otherwise, on labor organizers.

The events of the past year are building to a moment of truth for the government of Bangladesh and its garment sector. Bangladesh lost its preferential tariff benefits under the U.S. Generalized System of Preferences (GSP) in 2013, when the U.S. Trade Representative suspended it from the program. The EU has a similar tariff program and has demanded significant changes, to be unveiled this month, in Bangladesh’s labor law and practice in order to keep those benefits.

In a new white paper, the Clean Clothes Campaign, European Trade Union Confederation, International Trade Union Confederation and the IndustriALL and UNI global unions provide clear evidence that, despite signing a sustainability compact with the EU a year after the Tazreen fire, Bangladesh remains in violation of the deal. In the compact, the government pledged to reform labor laws, implement freedom of association in export-processing zones, improve union registration and curtail anti-union discrimination.

International Trade Union Confederation General Secretary Sharan Burrow says, “The government of Bangladesh is consistently failing to meet its obligations under international law to protect workers’ rights. The result is continued exploitation and poverty wages for workers in the garment industry. An EU investigation would help break the stranglehold that factory owners in Bangladesh have over the parliament and government, and would provide vital support for workers and their families.”

The EU has an important choice to make: whether to accept more empty promises from the Bangladesh government or institute a review of GSP trade benefits, the report’s authors say.

“Despite promises made, it is still extremely difficult for workers in Bangladesh to exercise their fundamental labor rights,” says Jenny Holdcroft, IndustriALL assistant general secretary. “The continued failure of the Bangladeshi government to take the necessary action to protect workers’ rights is ample reason for the EU to launch the much-needed trade investigation.” Bangladesh’s powerful employers and government have demonstrated little interest in changing the status quo, but a day of reckoning may be upon them. They can grant workers the respect and rights they deserve, or they can risk their flagship industry and economy. After five years, garment workers familiar with fast fashion are counting on eventual justice.

This is a crosspost from Thompson-Reuters.