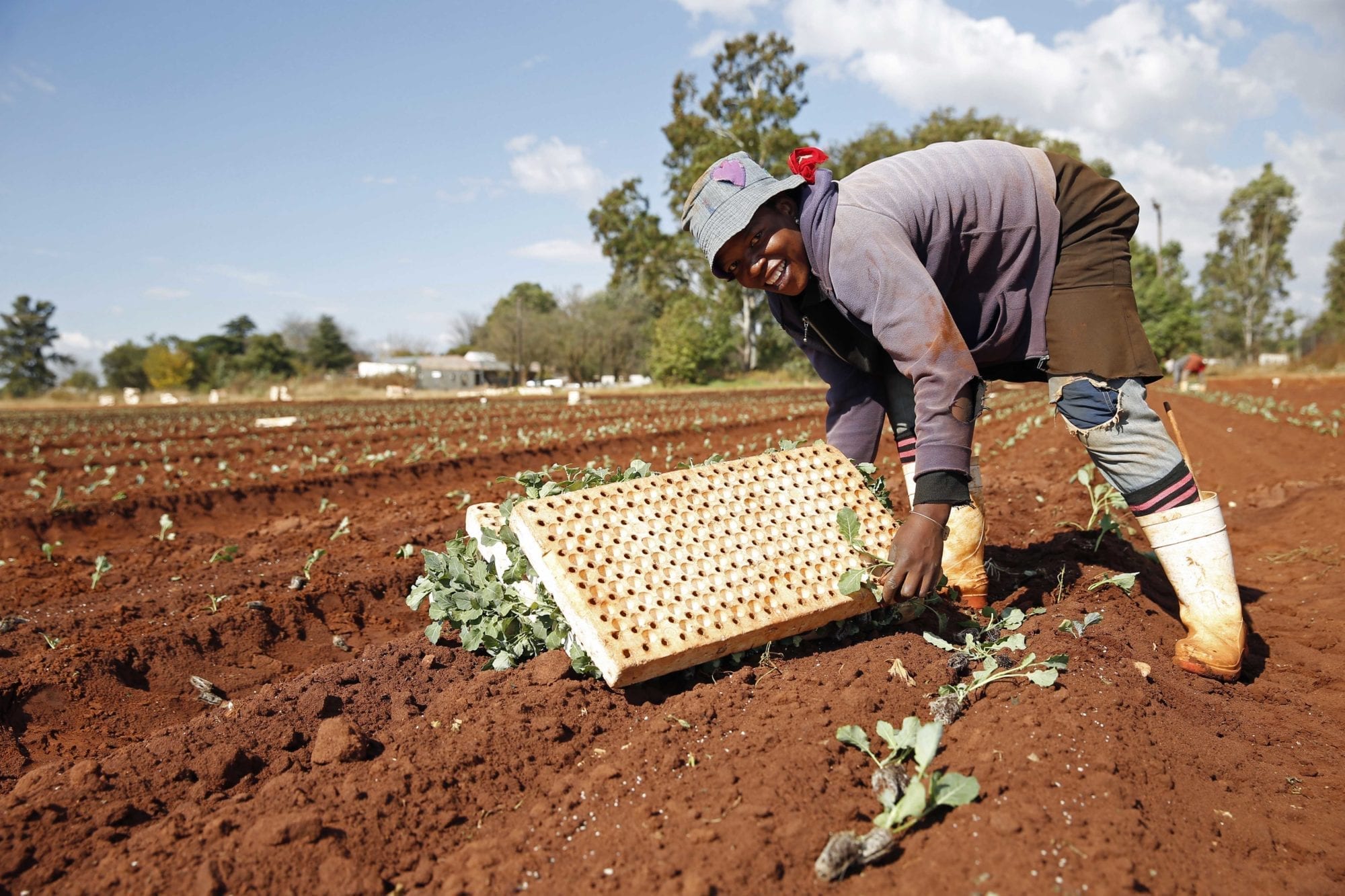 Click here to read what civil society has to say about AGOA.

The goal of the Africa Growth and Opportunity Act (AGOA) and similar U.S. trade preference programs and agreements should be to reduce income inequality and increase good jobs, say worker rights organizations, unions and civil society experts. Those outcomes will not be achieved unless governments consult with their citizens on deals that impact their lives and livelihoods. 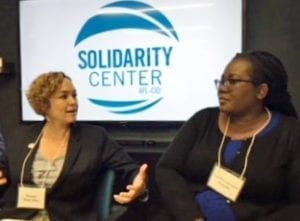 Representatives of several African and U.S. nongovernmental organizations and trade unions spoke on July 10, 2018, at a panel discussion in Washington, D.C., “Ensuring Inclusive and Equitable Growth in Sub-Saharan Africa through AGOA,” which focused on the path forward for AGOA in the remaining seven years before it expires in 2025. The event was organized by the Solidarity Center.

“Yes, we want trade. And, yes, we want trade to work for people,” said Shawna Bader-Blau, Solidarity Center executive director, who restated the organization’s decades-long commitment to a rights-based approach to economic policy and rules that work for working people, which Bader-Blau described as “economic development for everyone, globally.”

Africa is not a poor continent, said Caroline Khamati Mugalla, executive secretary of the East African Trade Union Confederation (EATUC). The problem is not poverty, she said, but that “wealth is not getting to the people.”

More than 80 percent of workers on the African continent—of whom more than 50 percent are women—are in the informal sector, which often means, said Mugalla, a lifetime of poverty due to low wages, lack of access to social protections like pensions and health care, and any rights ascribed to workers in the formal sector under national and regional labor laws.

“We are told any job is a good job, but this is not true,” said Mugalla, who argued that the growth of decent employment is central to structural economic transformation of Africa.

Kwabena Nyarko Otoo, director of the Policy and Research Institute of the TUC-Ghana shared on a panel discussion on the way ahead for AGOA. Credit: Tula Connell

“We need to recalibrate AGOA so it strengthens the productive capacities of African countries—so there are more good jobs for Africans,” agreed panelist Kwabena Nyarko Otoo, economist and director of the Policy and Research Institute of Ghana’s trade union federation, Trades Union Congress (TUC). Otoo argued against foreign companies exploiting opportunities provided by AGOA to enrich themselves and top management rather than providing skilled, formal-sector, well-paid jobs to local populations.

“I do think trade tools are incredibly powerful because governments do care. They are somewhat underutilized by civil society groups and labor, especially in the AGOA context,” said Scott Busby, Deputy Assistant Secretary in the Bureau of Democracy, Human Rights and Labor (DRL) at the U.S. Department of State. “I do think trade tools can and should be part of how we support democracy and human rights.”

“The AGOA labor provision requires countries to make continual progress toward establishing worker rights, including acceptable conditions of work,“ said Matthew Levin, director of Trade and Labor Affairs at the Bureau of International Labor Affairs (ILAB), U.S. Department of Labor. “AGOA hasn’t done everything we wanted, but we’ve had some successes.”

Marie Clarke, executive director of ActionAid USA, said about AGOA that, if we are going to use it as “a tent to address and protect the rights of people,” civil society must insist that the people most affected by policies like trade agreements be at the table—especially when the goal is women’s empowerment and more equitable and just development. To combat exploitation and gender-based violence at work, she added, “women must get to share their experience as a worker, as a woman [at the negotiating table].”

This call for a human rights approach to development was mirrored by Sam Worthington, InterAction chief executive officer. “There is a myth that economic growth leads to development. It does not,” he said.

Inclusive economic growth occurs when the demand for it comes from within, said Worthington, when civil society groups and labor “make it happen.” Support for the trade agreement in Africa will diminish, he warned, unless AGOA is used as a tool for development instead of exclusively for economic growth.

Workers are always in the best position to monitor and enforce working conditions, said AFL-CIO Global Worker Rights Specialist Cassandra Waters. “The real test is in implementation,” she said.

“You cannot help people if you don’t listen to them,” said Otoo, who advocated for workers to be included in all aspects of trade agreements, including negotiations and implementation.

In a statement distributed at the 17th Africa Growth and Opportunity Act Forum in Washington, D.C. on July 11, 16 civil society organizations called on African and U.S. governments to work more closely with civil society to ensure AGOA trade preferences benefit more than the elite. The forum is attended by trade ministers from sub-Saharan African countries benefiting from AGOA and U.S. government representatives.

AGOA provides preferential access to U.S. markets for qualifying sub-Saharan countries. To qualify and remain eligible for AGOA, each country must be working to improve its human and worker rights record and respect the rule of law. In 2014, the United States suspended Swaziland from AGOA for failing to allow worker and civil society groups to freely associate and assemble. In December last year, after the government had met a series of benchmarks on political freedom, Swaziland’s trade benefits under AGOA were restored.