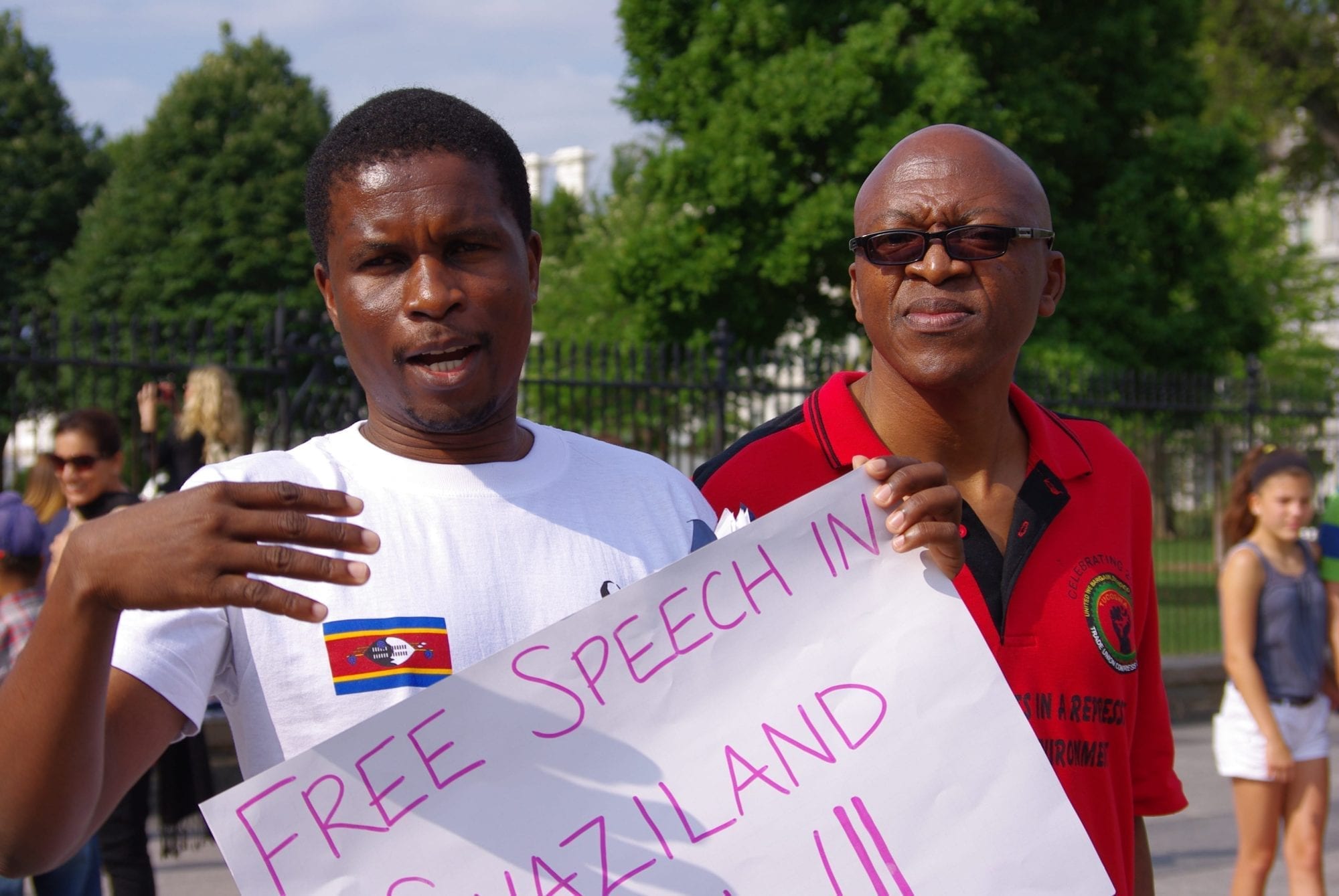 U.S. trade benefits for Africa—known as the African Growth and Opportunity Act (AGOA)—provide key economic support for countries such as Swaziland, according to Vincent Ncongwane, secretary general of the Trade Union Confederation of Swaziland (TUCOSWA).

Yet some in the Swazi government are falsely accusing Ncongwane and human rights lawyer Sipho Gumedze of taking a stand against AGOA benefits for Swaziland when they were in Washington, D.C., last week as part of a delegation of 40 African trade union leaders. In June, the U.S. government took the rare step of suspending AGOA trade benefits for Swaziland, citing the Swazi government’s systematic violations of fundamental worker rights.

“We maintain our position that we want the country to regain eligibility but it must meet the benchmarks,” Ncongwane said today in a press statement. “As we stated in the U.S. and heard clearly stated to us there, (the United States) does not wish to keep Swaziland outside the AGOA program, but eligibility remains for the (Swazi) government to take the necessary steps. It has been emphasized over and over again that all (the Swazi) government has to do is to meet the requirements of the benchmarks.”

While in Washington, Ncongwane and Gumedze, both internationally respected labor and human rights advocates, the Swazi Prime Minister Sibusiso Dlamini reportedly told lawmakers “you must strangle them” upon their return. The U.S. State Department condemned the threat, saying in a statement:

“The United States is deeply concerned by the threatening remarks made by Swaziland Prime Minister Sibusiso Barnabas Dlamini toward Swazi labor and civil society leaders who participated in the U.S.-Africa Leaders Summit in Washington this week. Such remarks have a chilling effect on labor and civil rights in the Kingdom of Swaziland.”

“The comments made today by Prime Minister Dlamini are a clear threat to the human rights community,” said Santiago Canton, Director of RFK Partners for Human Rights. “This type of language is another indication that Swaziland’s authorities do not, in any way, respect the basic human rights of its people.”

Following the statements from the United States, and international outrage within the global labor and human rights communities, Dlamini later reportedly retracted his statement.

When the United States suspended AGOA benefits in June, U.S. Trade Representative Michael Froman, said, “We have made our concerns very clear to Swaziland over the last several years and we engaged extensively on concrete steps that Swaziland could take to address the concerns. We hope to continue our engagement with the Government of the Kingdom of Swaziland on steps it can take so that worker and civil society groups can freely associate and assemble and AGOA eligibility can be restored.”

In July, ITUC General Secretary Sharon Burrow said although Swaziland was aware of the potential withdrawal of U.S. trade benefits, “the government made no genuine effort to fulfill the eligibility criteria by May 15, 2014, the deadline set by the U.S. Trade Representative. The inaction is evidence of the government’s complete disregard for the rights and livelihoods of workers.”