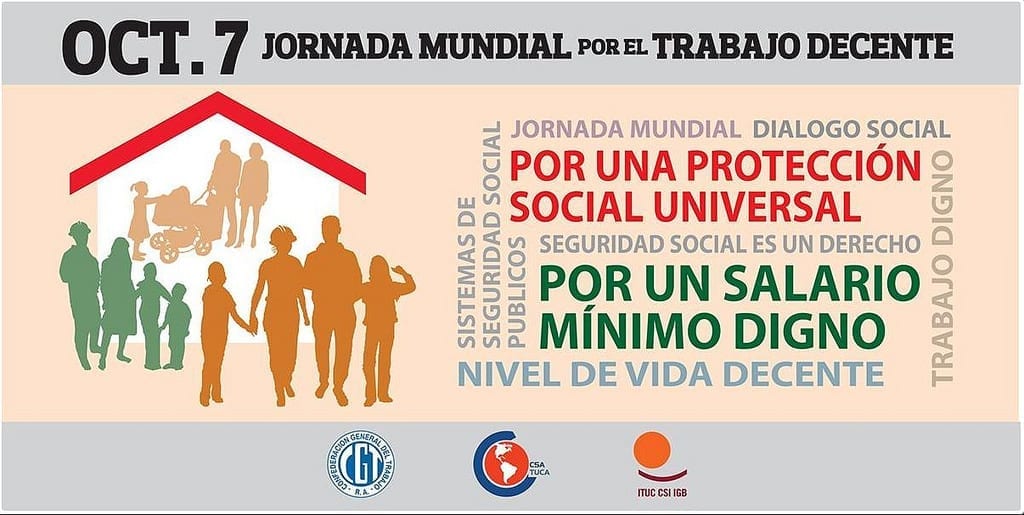 When Mwahamisi Josiah Makori, a Kenyan mother of three who worked as a domestic worker in Saudi Arabia, first arrived at her new employer’s house, she was given only 20 minutes before she began work. After that, she began a three-month period which involved hard labor, brutal sleeping conditions, and no pay. For three months, Makori cleaned two houses, took care of children, and was regularly beaten by her employers. Makori, who told her story to the Solidarity Center, now lives in Kenya after returning home after never receiving pay for her work. 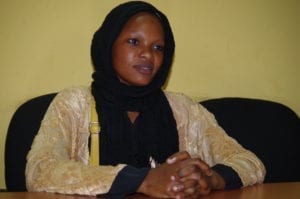 Mwahamisi Josiah Makori, a Kenyan mother of three, was abused by her Saudi employer, who never paid her for her work. Credit: Solidarity Center/Kate Conradt

The conditions Makori faced, and which millions of workers around the world endure, fall outside the realm of what is called “decent work.” While all jobs come with inherent value, decent work entails jobs that are safe, pay living wages, take care of workers, provide breaks, and empower women.

This Saturday marks the 10th anniversary of World Day for Decent Work, which this year is focused on living wages, and the importance of minimum wages in ensuring that all workers can afford a quality standard of living. Some 80 percent of people surveyed around the world say the minimum wage in their country is too low, according to the International Trade Union Congress (ITUC), which spearheads World Day for Decent Work.

Makori and millions of others are forced to migrate for work because the only jobs available are in the informal economy, where low and unsteady pay, unsafe working conditions and lack of sick leave or other benefits often mean they cannot support themselves or their families.

More than half of all workers in the world are part of the informal economy, the majority of whom are women. By enabling informal economy workers, migrant workers, women workers and others traditionally excluded from union membership to join together to bargain collectively and demand their rights under the law, the Solidarity Center works to empower workers to raise their voice for dignity on the job, justice in their communities and greater equality in the global economy. Together in unions and worker associations, workers have the power to create decent work for themselves and ensure the work they do comes with dignity and economic justice.

Solidarity Center Standing up for Decent Work around the World 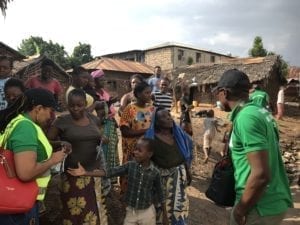 Recently in Kenya, the Kenya Union of Domestic, Hotel, Educational Institutions, Hospitals, and Allied Workers (KUDHEIHA), a Solidarity Center partner, made key progress in its struggle to strengthen the rights of workers who migrate from the country for work. Labor brokers often give workers false information about the wages and working conditions  in other countries. A new proposal, crafted by Kenya’s Labor Ministry and KUDHEIHA, would require employers to provide workers with their contracts up front, so that there is no question of what workers should expect before they leave.

Elsewhere, Solidarity Center programs further advance rule of law and gender equality in unions and communities. In Iraq, for instance, union leader Sultan Mutlag Ahmed participated in a Solidarity Center labor law training and so was equipped to bring justice to construction workers by winning back their unpaid wages through a successful court case.

The Solidarity Center also is part of a global campaign to combat gender-based violence at work, one of the most tolerated abuses of workers’ rights. Together with the ITUC and global allies, the campaign seeks to build critical support for the adoption of an International Labor Organization convention on gender-based violence.

As unions around the world stand up for decent work October 7, you can support and follow the actions on Twitter with the hashtag #WDDW and #OurPayRise. Also check out the ITUC’s World Day for Decent Work to download logos and infographics.