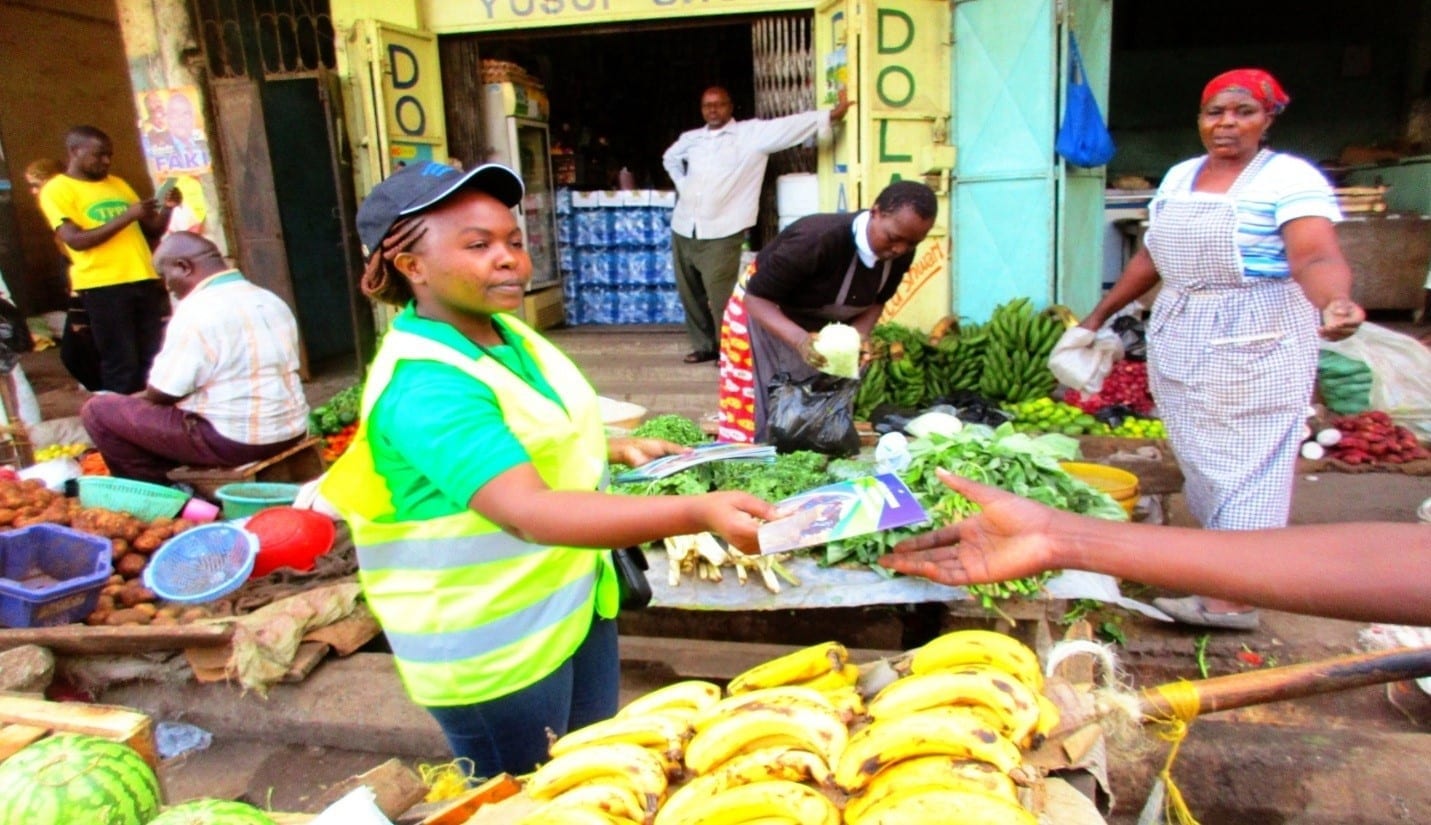 KUDHEIHA staff distributes the Solidarity Center information booklet for Kenya migrant workers in a market in Majengo during door-to-door outreach and invites market vendors to the public forum on labor migration at the chief's office in Majengo.

Kenyans going abroad to work as domestic workers will be required to have contracts, salaries and details of their work assignments before they leave, according to the (Kenya) Daily Nation.

The draft policy, crafted by the Labor Ministry and the Kenya Union of Domestic, Hotel, Educational Institutions, Hospitals and Allied Workers (KUDHEIHA), is part of KUDEIHA’s ongoing efforts to advance the rights of domestic workers in Kenya and abroad. (See a photo essay on KUDHEIHA outreach in Mvita.)

In Kenya and elsewhere, unscrupulous labor brokers often will not show migrating workers their contracts until they are at the airport or bus station, and frequently, the contracts are written in Arabic or a language the workers cannot understand. When they arrive at their destination, the contracts and promised salaries may even change.

“If approved, the policy takes a good first step in addressing the abuse and hardship many migrant domestic workers endure, problems exacerbated by their isolated work environments in employers’ homes,” says Hanad Mohamud, Solidarity Center Kenya country director. “But unless the policy is enforced, domestic workers, the majority of whom are women, will continue to be deceived about their wages, working conditions and terms of employment.”

In a recent series of Solidarity Center interviews, women who migrated from Mombasa to Saudi Arabia for jobs described their experiences, which included physical and verbal abuse, nonpayment of wages, inhumane sleeping conditions and 18-hour days with no days off.

Reaching out to Domestic Workers Migrating for Jobs 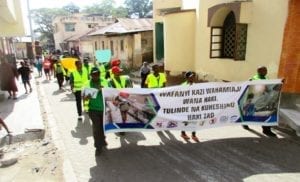 KUDHEIHA,joined with the Solidarity Center and local allies in a street mobilization in the Majengo area in Mvita, inviting the public to a labor migration forum in Majengo. Credit: KUDHEIHA

Over the summer, KUDHEIHA, a Solidarity Center partner, joined with allies in hosting a series of public informational forums throughout the Mombasa area on migrant worker rights. Local migrant worker and anti-human trafficking organizations, TRACE Kenya, Haki Africa and the  Kenya National Commission on Human Rights helped support the events.

Although many workers in and around Mombasa travel abroad for jobs, primarily to Arab Gulf countries, customs or embarrassment may prevent them from sharing their experiences, and many residents do not have access to credible information on migration. As a result, communities are unaware of the hazards involved in migrating for work.

KUDHEIHA also is pushing for enforcement of a law regulating labor agents, and working for laws that make it mandatory for informal economy employers to pay into the country’s social protection funds.