‘Climate Justice Is for Everyone,’ Say Unions 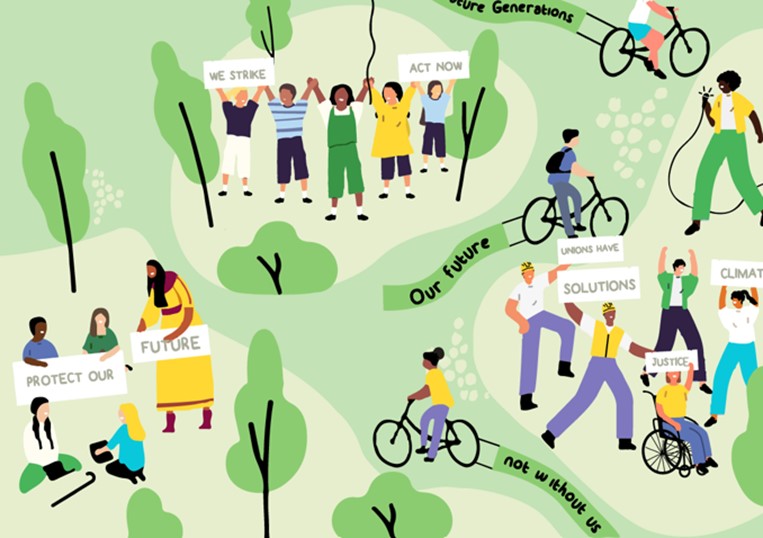 Climate justice activists are increasingly under attack across the globe by governments acting in concert with private interests, a trend that threatens civic freedoms for all, says the United Nation’s special rapporteur on the rights to freedom of peaceful assembly and association in a new report. 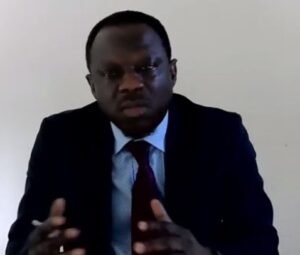 UN Special Rapporteur on the rights to freedom of assembly and of association Clément N. Voule

UN Special Rapporteur Clément N. Voule delivered the report to the UN General Assembly last week and then discussed its findings at a virtual side event October 15.  At the event, Voule outlined the escalating threats to climate activists and their organizations, including criminalization of peaceful protests—the foundation of grassroots human rights advocacy campaigns. Of special concern, he said, are the use of state agencies and legislatures by private interests to impede or eliminate environmental defenders through physical attacks, intimidation, imprisonment and other judicial harassment, as well as restrictions on funding and travel to international climate justice venues.

More than 70 percent of human rights defenders killed each year are standing up for the environment, he said.

The report found a pattern of escalating threats that are undermining the effectiveness of environmental activists and their organizations worldwide, such as:

The report cited “powerful actors, including transnational fossil fuel, extractive, agribusiness and financial institutions,” that are pressuring governments to weaken their climate response and which “have supported parastatal organizations engaging in a variety of campaigns against climate justice activists, including online and direct violence.”

However, said Voule at the side event, “We must change the narrative. Environmental activists are not the enemy.” 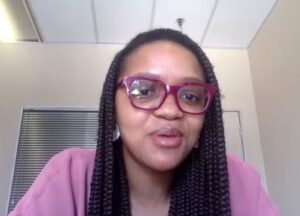 COSATU is joining the climate justice fight, said panelist Lebogang Mulaisi, because working people—especially those in the informal sector unfairly unprotected by labor laws and excluded from social safety nets—are the group most impacted by climate change. Unions are natural allies of defenders of community environmental rights because workers are from communities, she said.

Unions will ally with the environmental justice movement to defend everyone’s rights, Mulaisi added, because they can only fight effectively for decent jobs while retaining the right to legally mobilize “mass social power” when negotiations at the conference table fail.

All states must ensure that all workers are guaranteed the right to associate, including the right to strike, and to bargain collectively at all levels, including over matters related to climate change and just transitions, recommends the report.

Unions Are Integral to the Climate Justice Movement

The report finds that unions are integral to states’ efforts to meet the objectives of the legally-binding Paris Agreement, which calls for states to “respect, promote and consider their respective obligations on human rights” and rights of indigenous peoples, as well as to take into account “the imperatives of a just transition of the workforce and the creation of decent work and quality jobs in accordance with nationally defined development priorities.”

Unions are helping states achieve these objectives by:

The effectiveness of workers and unions to drive inclusive climate solutions is being hampered by issues that must be addressed and resolved, including:

Governments and employers must engage with workers and their organizations to develop climate and just transition policies, says the report because “[a]ddressing the climate crisis and ensuring a just transition require the existence of a vibrant and dynamic civil society.”