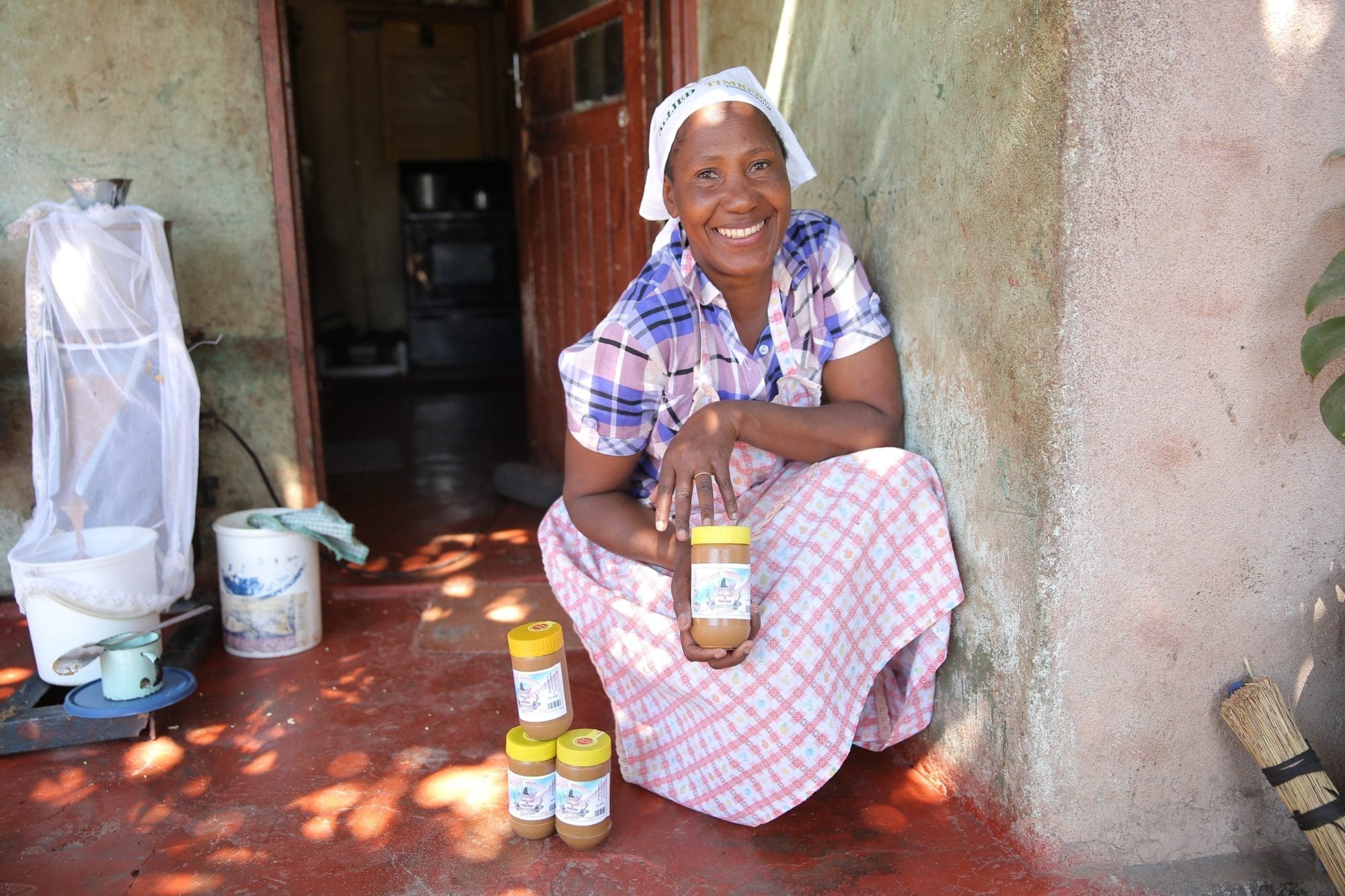 Nyaradzo Tavariwisa, a member of the Zimbabwe Chamber of Informal Economy Associations (ZCIEA), makes and sells peanut butter to support her family. ZCIEA, a Solidarity Center partner, trains negotiators in collective bargaining with municipalities to provide adequate space for Tavariwisa and other vendors throughout the city. Credit: Solidarity Center/Jemal Countess

Taxi drivers in Ghana, tortilla vendors in Honduras and Asian domestic workers in countries across the Gulf region—all are part of the world’s informal economy, comprising 2 billion workers or 61 percent of the global workforce. 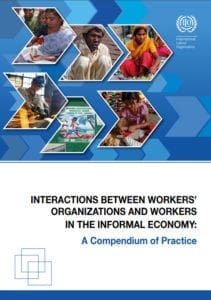 Although informal economy workers create more than one-third of the world’s gross national product, most are either not covered or insufficiently covered by laws or working arrangements guaranteed to formal workers, and have little power to advocate for living wages and safe and secure work.

But by joining in unions or other worker associations, workers in the informal economy can gain the collective power they need to make change, according to a new International Labor Organization (ILO) study.

“Interactions Between Workers’ Organizations and Workers in the Informal Economy: A Compendium of Practice,” highlights 31 examples of how unions around the world have reached out to workers in the informal economy, improved their working conditions, and supported their transition into the formal economy.

“Most people enter the informal economy not by choice but as a consequence of a lack of opportunities in the formal economy and the absence of other means of livelihood,” according to the ILO’s 2015 Transition from the Informal to the Formal Economy Recommendation (No. 204). “The transition to formality is essential for inclusive development and decent work for all.”

The vast majority of workers in Africa, nearly 86 percent, depend on the informal economy to make a living.

While globally, more men (63 percent) than women (58 percent) work in informal employment, in regions such as sub-Saharan Africa, the reverse is true. In Africa, nearly 90 percent of employed women are in informal employment compared to 82 percent of men. Women working in the informal economy are often in more vulnerable situations than their male counterparts, for example, as domestic workers who labor in private homes away from the public.

In Zimbabwe, where the proportion of informal employment is more than 94 percent of total employment (including agriculture), the Compendium of Practice explores how the Zimbabwe Congress of Trade Unions (ZCTU), undertook a pathbreaking partnership with informal economy workers to advocate for legal changes that would improve their working conditions and livelihoods.

In 2002, ZCTU, a Solidarity Center partner, joined with the Employers Confederation of Zimbabwe and the Ministry of Labor to form the Zimbabwe Chamber of Informal Economy Associations (ZCIEA). The association now has 30 territories, each with between five and 10 chapters of 500 informal economy members each. As of 2019, there were 100,000 members in 150 associations.

One of the key challenges informal economy workers face in Zimbabwe is harassment and criminalization of the informal economy. Most informal workers often lack the required licenses to operate, which often cost more than they can pay or only can be procured in cities hundreds of miles from where they live.

As a result, informal workers report widespread harassment and bullying by authorities. In a 2016 ZCIEA survey, 81 percent of 514 informal workers said they have been bullied, with 22 percent specifying that the harassment involved both confiscation of goods and threats of violence. Some 36 percent noted the source of harassment stemmed both from the local authorities and the Zimbabwe Republic Police, the national police force of Zimbabwe.

In highlighting the Zimbabwe example among its case studies, the Compendium of Practice points to how ZCIEA has negotiated for and come into agreement with various local government authorities on new approaches, such as reviewing laws to regularize informal workers.

“ZCIEA has increased the engagement of informal economy workers in policy discussions,” according to the study.

Working with partners like ZCTU throughout the world, Solidarity Center provides trainings and programs to help informal economy workers better understand their rights, organize unions to mitigate job vulnerabilities, and learn to bargain for improved conditions and wages. We connect workers with unions, legal services and pro-worker organizations to challenge exploitation.