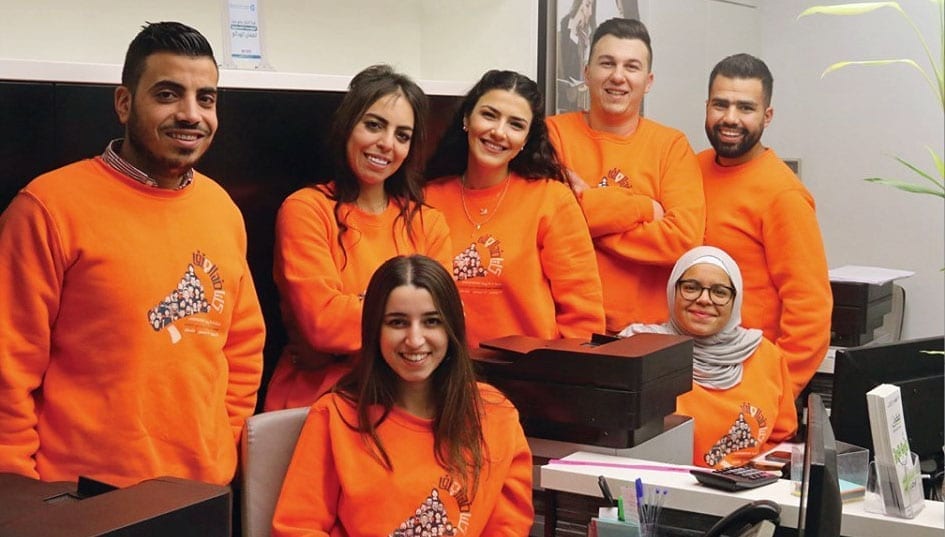 During the recent 16 Days of Activism Against Gender-Based Violence, workers and their unions from Honduras to Kyrgyzstan, Morocco, Nigeria and Bangladesh made big gains raising awareness about gender-based violence and harassment at work (GBVH) and demanding that their governments ratify the new global convention adopted by the International Labor Organization (ILO) that includes GBVH.

With Solidarity Center support, more than 23 unions, worker associations, and their allies in more than a dozen countries issued statements urging their governments ratify ILO Convention 190. Adopted by the ILO in June, C190 is a global treaty to prevent and address violence and harassment in the world of work that includes gender-based violence and harassment. C190 will become effective for all ILO members states ILO 12 months after two governments ratify it. On December 17, Uruguay became the first country to ratify C190. 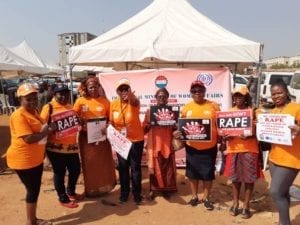 Members of the Nigeria Labor Congress held a series of actions throughout the 16 Days Campaign. Credit: Solidarity Center/Nkechi Odinukwe

Solidarity Center union partners far exceeded the organization’s goal for the 16 Days Campaign: 16 letters or statements of support sent from unions and worker associations to their governments urging ratification of C190 in 16 days.

“Women trade union leaders continue to build on the momentum that led to the votes in support of adoption of C190 by an overwhelming majority of governments at the ILO in June, and now their leadership continues as unions and their allies demand that their governments follow up with their commitment by ratifying C190,” says Robin Runge, co-director of the Solidarity Center Equality and Inclusion Department.

“Only through ratification and implementation can the goals of C190 of preventing and addressing GBVH in the world of work be achieved.”

From Union Hall to Parliament Floor

In campaigning for ratification, union women leaders are explaining the need for unions, employers and governments to adopt the broad definition of GBVH in C190, which reflects the experiences of women and other vulnerable workers.

C190 states that gender-based violence and harassment is directed at people because of their sex or gender, or affecting persons of a particular sex or gender disproportionately, and includes sexual harassment.” C190’s strong language also covers all workers—formal and informal—regardless of their contractual status and how work is performed, and it covers the commute to work, at employer-provided accommodations and in work-related communications, including information and communication technologies.

For the first time in a global binding agreement, C190 recognizes the right to work free from violence and harassment, including GBVH. Union activists and women’s rights and anti-violence allies also are springing off the global repudiation of gender-based violence and harassment at work embodied in C190 to advocate changes in national laws and policies to address and prevent GBVH. 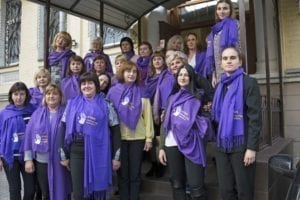 In Ukraine, members of  KPVU, a Solidarity Center partner, developed a campaign against violence and harassment at work and  ratification of Convention 190. Credit: Solidarity Center/Tatiana Solodovnyk

Solidarity Center facilitated action by union partners around the globe throughout the 16 Days of Activism Against Gender-Based Violence (November 25–December 10).

In Bangladesh, for instance, migrant workers joined garment workers to call attention to the connected issues of gender-based violence at work and the rights of domestic workers, rallying together and forming human chains at the Department of Immigration and Passports and other government buildings. Together, they called for the government to ratify Convention 190 and ILO Convention 189 on the rights of domestic workers. Each year, more than 400,000 Bangladeshis migrate for employment to other countries, the vast majority of them for domestic work in private homes, where they are isolated and often subject to harassment and violence with little access to support.

Union leaders from the Democratic Labor Confederation (CDT) and the Moroccan Labor Union (UMT) took their message directly to Parliament. Speaking on the floor of Parliament, Touriya Lahrech, a member of the Moroccan Parliament and CDT leader and Amal Al Amri, a member of the ILO governing body and UMT executive board member, called on the government to ratify ILO Convention 190.

In Kyrgyzstan, where 13 unions signed a joint statement urging the government to ratify C190, a recent survey by the Kyrgyzstan Association of Women Judges found some 80 percent of women workers in the public sector say they have experienced GBVH at the workplace. With support from the Solidarity Center, more than 60 union members and representatives from government agencies, Parliament, unions and employers’ organizations took part in a December 6–7 workshop on gender discrimination (below). 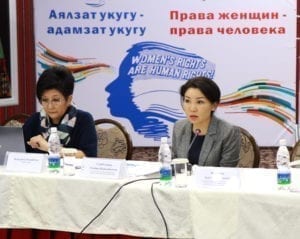 Following the training, the Women MPs Forum, together with MPs, international organizations and NGOs prepared amendments to national legislation covering GBVH at work. The Labor Ministry representative and women MPs agreed that C190 ratification will be an important “umbrella” for further amendments to the national legislation covering the GVBH at work, says Lola Abdukadyrova, Solidarity Center program coordinator in Biskek, the Kygyrz capital.

The National Confederation of Apparel Workers (CNTRV) union in Brazil released a report that found the vast majority of women in Brazil’s textile and shoe factories who took part in the study say they have experienced some form of violence at work, often gender-based violence and harassment—to the extent that “for many women, work is synonymous with suffering.”

“Obviously it was very shocking to us when we received the results of the report to understand the extent of violence at the workplace,” CNTRV President Francisca Trajano. “At the same time it’s a wake up call to do something about it.”

Cartoons, Campaigns and ‘Orange the World’

Here’s a small glimpse of more of the many actions. 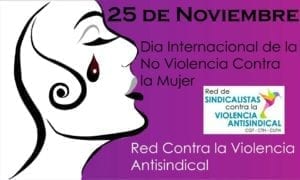 The Network Against Anti-Union Violence in Honduras, a Solidarity Center partner, commemorated International Day of Violence Against Women by demanding on Facebook that the National Congress of Honduras ratify Convention 190.

Solidarity Center partners see the effort as part of a broad and ongoing campaign to end gender-based violence at work.

“The GBVH campaign is long-term—it’s about building a movement, changing perception and public awareness around the issue. Through educating and mobilizing union members who will build a grassroots movement, and by working with lawmakers in Parliament, we see a two-pronged strategy for success.”