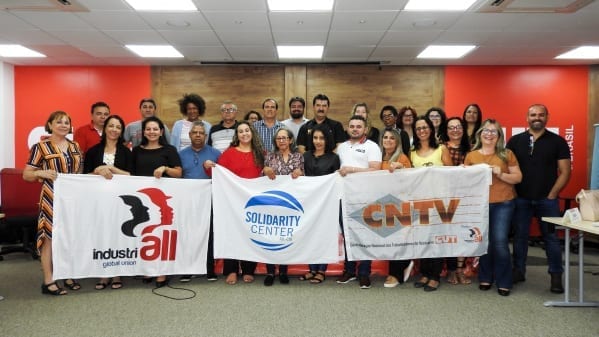 The vast majority of women in Brazil’s textile and shoe factories who took part in a recent study say they have experienced some form of violence at work, often gender-based violence and harassment—to the extent that “for many women, work is synonymous with suffering,” according to a new report, “Promoting Human Rights and Strengthening Trade Union Action and Equality in the Brazilian Clothing Sector.” 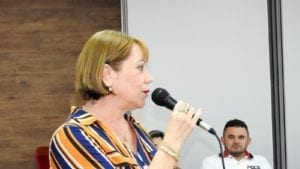 “The most revealing thing this study uncovered is the extent of violence in the workplace,” says National Confederation of Apparel Workers (CNTRV) President Francisca Trajano, speaking through a translator. “I am especially surprised by the extent of sexual harassment by supervisors.”

Some 246 women workers took part in either regional workshops or guided discussions between March and June as part of an Instituto Observatorio Social study of textile and shoe workers in six cities: Colatina, Fortaleza, Ipirá, Pouso Alegre, Sapiranga, Sorocaba, and Sao Paulo. (The report is available in Portuguese.)

The study found the most frequent form of violence is bullying, with supervisors screaming and cursing at workers, threatening them if they do not produce at the required pace and harassing them for using the bathroom.

Bullying often is directed toward union leaders, the report finds, with female union leaders closely watched by supervisors, who also harass and even fire workers who talk with them. 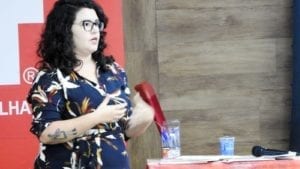 The study also looked at the intersections of gender violence and harassment against LGBTQI+ workers and workers of color. “When admitted, black women are usually assigned to the worst services, such as working with shoe glue or working in noisy and uncomfortable machines,” according to the report.

In general, the report finds that clothing companies are organized from a rigid social and sexual division of labor, in which women generally occupy the least qualified and worst paid positions.

The women workers who took part in the study stressed the importance of collective agreements to improve working conditions, and the report recommends unions negotiate clauses to combat bullying and sexual harassment in the workplace. The study also recommends unions hold workshops and discussion sessions to make workers aware of their right to a violence-free workplace. Many women interviewed were unaware of the laws and other options to combat violence at work.

One key goal of the report, funded by the Brazilian branch of the C&A Foundation, is to start a dialogue with employers to seek remedies for gender-based violence at work, says Jana Silverman, Solidarity Center Brazil country director. Further, the study, which solely examines union workplaces, should “raise awareness about the prevalence of gender-based violence in the workplace, raise awareness among union leadership, especially male leadership, about how prevalent this is in their rank-and-file membership,” she says.

In fact, says Trajano, union leaders at the local and national levels who were not directly involved in the project have shown keen interest in its findings. “They are reflecting on how to think through how unions can be a place where women who are victims of the violence can turn to to get help,” she says.

The report already has created concrete change. Union members at garment factories in Pouso Alegre negotiated a contract clause in which employers committed to hold biannual trainings for managers to combat gender-based violence in the workplace.

Unions evaluated the study’s findings last week and plan to take the report to their executive committees and create the conditions to prevent and end GBVH through collective bargaining or social dialogue with employers. Trajano says CNTRV, which represents 69 unions and three state regional federations, is pressing unions to negotiate contract language protecting against gender-based violence and harassment. Many of the union contracts come up for negotiation in January.

“Obviously it was very shocking to us when we received the results of the report to understand the extent of violence at the workplace,” says Trajano, who also is an executive committee member of the Central Union of Workers in Brazil (CUT). “At the same time it’s a wake up call to do something about it.”