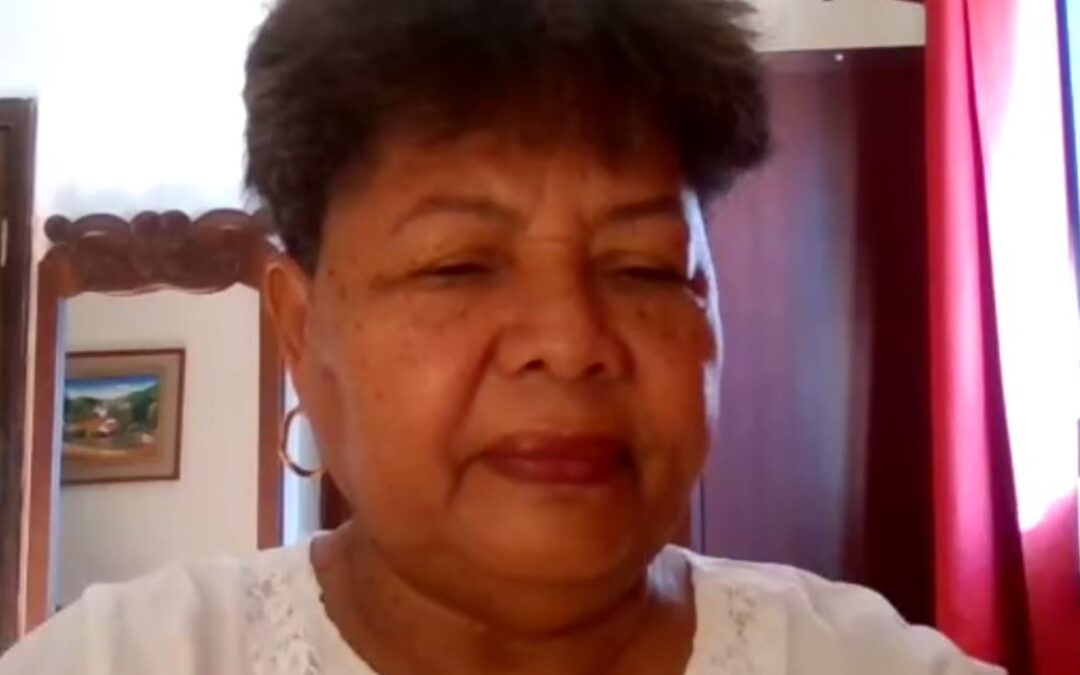 “The women were the most affected,” says Iris Munguía, FESTAGRO women's coordinator, about the impact of back-to-back hurricanes Eta and Iota on women working in commercial banana packing plants in Honduras.

Brazil and Honduras Solidarity Center partners raised union women’s voices in three civil society sessions of the UN Commission on the Status of Women last week, focusing on issues including femicide in the world of work, climate change as a root cause of migration and women workers in the climate justice struggle.  Speakers representing diverse organizations, sectors and regions addressed the challenges that arise from the lack of gender-sensitive justice and rights-based responses to climate-related migration, and shared how migrant women are leading with resilience and in solidarity.

Iris Munguía, women’s coordinator for the Honduran Federation of Agro-industrial Unions (FESTAGRO), told the audience attending “Migration, Displacement and Women’s Human Rights in the Climate Crisis,” a virtual parallel event, that women are bearing the brunt of extreme climate events in Central America. The panel explored the impacts of climate change at the intersection of migration and gender.

“The women were the most affected,” said Munguía describing the impact of devastating back-to-back hurricanes Eta and Iota in 2020 on women working in the banana sector. In addition to trying to recover from the loss of possessions, home and work, “we have the full responsibilities of families on our backs.”

In the aftermath of the two hurricanes, which impacted 90 percent of Honduras’ agricultural sector, more than 10,000 women employed by commercial banana growers immediately lost their income, said Munguía. Struggling to rebuild communities and homes leveled by hurricane winds and flooding while waiting up to nine months for their jobs to return, many women and girls were forced to migrate north to earn their livelihoods—a dangerous passage that exposed them to sexual assault and other forms of gender-based violence. Women who remained behind while partners or other family members took the perilous journey north struggled to keep children and other dependents safe, sheltered and fed while waiting for remittances that might never come.

Munguía highlighted the role of banana sector unions in fighting for their members’ rights, describing outreach efforts to secure and coordinate international hurricane relief and recovery efforts and encouraging multinational banana companies to compensate women banana packers while they were waiting for production to come back online.

Honduran unions are working with the country’s government to address climate crisis effects and resultant migration, said Munguía, such as river maintenance to better prevent flooding and labor rights improvements so that desperate and disenfranchised workers are not forced into dangerous migration.

Honduras is one of the world’s most vulnerable countries to the effects of climate change, where climate changes and severe weather events are increasingly pushing people north. One in four Hondurans works directly in agriculture—including commercial production and packing of the country’s two main economic drivers, bananas and coffee. The country’s people and economy are weathering a four-decade rise in average temperature and bearing the brunt of increasingly frequent severe weather events. A 2016 drought left 1.3 million Hondurans in need of humanitarian assistance; from 2014 to 2016, people who migrated from the country’s so-called “dry corridor” most frequently cited lack of food as their driving factor.

“Climate disasters can be particularly devastating for women on the move—whether through involuntary displacement, voluntary migration, or some combination thereof,” said Sonia Mistry, panel moderator and Solidarity Center global lead on climate change and just transition. And, she added, failure to meet the needs of migrant and displaced women through policies and practices can be equally disastrous—creating additional marginalization and vulnerabilities. 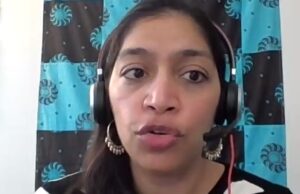 In Nigeria, unions are building the capacities of members who find themselves on the frontlines of the climate crisis, said Moradeke Abiodun-Badru, a former officer of Solidarity Center partner the National Association of Nigeria Nurses and Midwives (NANNM), health professional, gender expert and global union Public Service International’s (PSI) West Africa project coordinator. 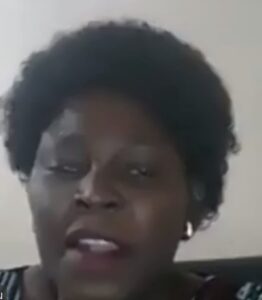 In Nigeria’s north, where 65 percent of surveyed families in Yobe state reported involvement in farming, two-thirds of last year’s crops were lost to drought.

“Women must be empowered as agents of social change,” said Abiodun-Badru, adding that refugee camps in the north are mostly populated by women and children fleeing regional violence caused in part by the hunger and poverty associated with ever-increasing drought conditions—including competition between farmers and herders for scarce resources.

Climate change impacts are increasing so rapidly they could soon overwhelm the ability of nature and humanity to adapt, concluded a report by a panel of experts appointed by the United Nations earlier this year.

Last year’s World Bank Africa’s Pulse report—which is focused on the economic impact of climate change adaption on sub-Saharan Africa—found that the African continent’s mean surface temperature has risen at an even faster pace than that of the rest of the world, with 2020 being the fourth-warmest year since 1910. Rises in temperature and rainfall changes have fueled an increase in the frequency and intensity of extreme weather events across the continent and at a faster pace than in the rest of the world. Drought frequency nearly tripled, the number of storms quadrupled and floods increased more than tenfold finds the report when comparing the period 1970-1979 to the period 2010-2019.

“We believe that human rights are at the core of solutions to people who are displaced or must migrate,” Abiodun-Badru said.

A recent analysis finds that, although the Global North is overwhelmingly responsible for the climate crisis, contributing 92 percent of excess global carbon dioxide emission, the Global South shoulders most of the devastation. For example, 80 percent of environmental impacts generated by Europe’s textile consumption takes place outside Europe.