‘They Have Forgotten the Lessons of Rana Plaza’ 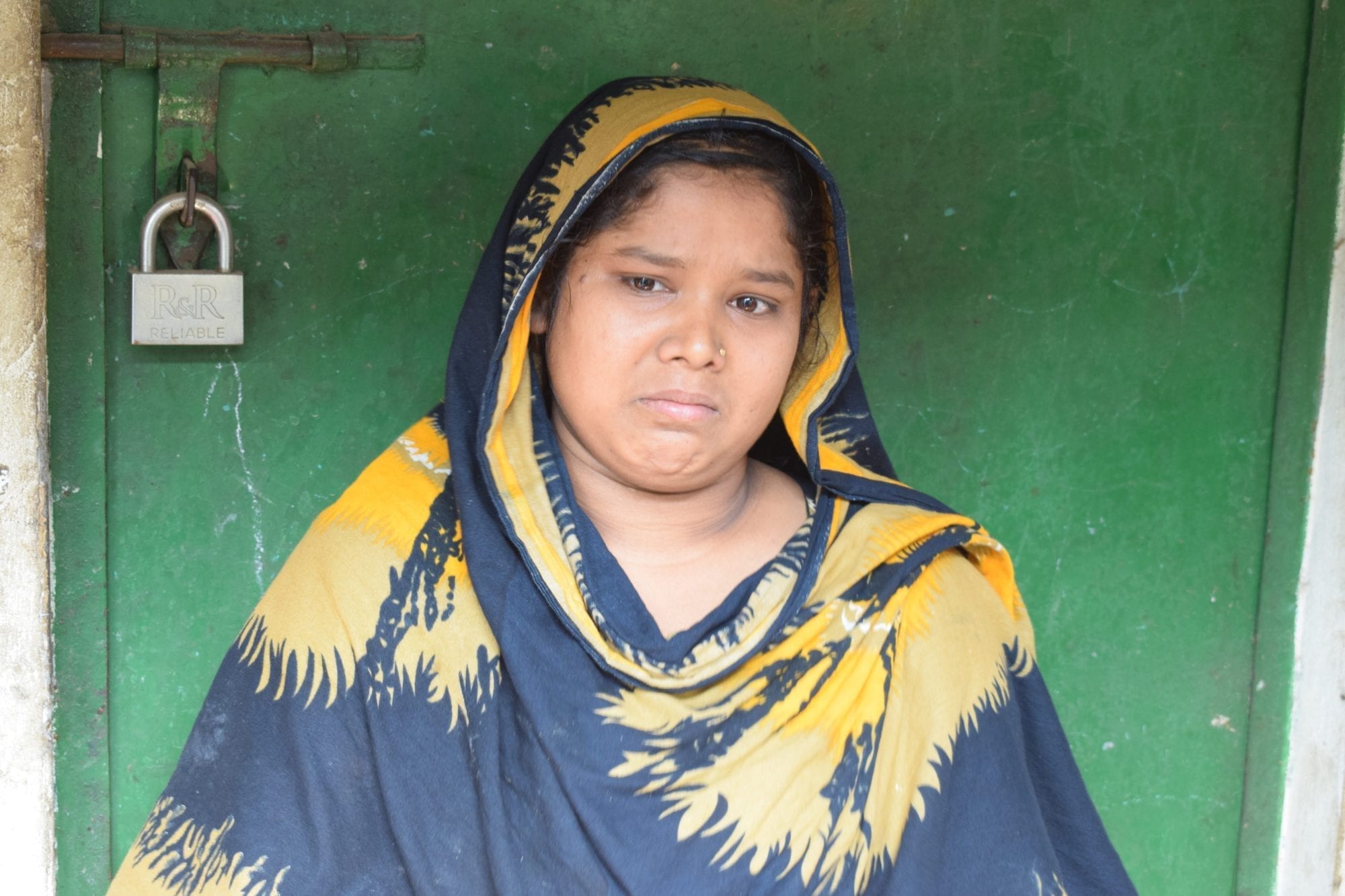 Following the Rana Plaza collapse in which 1,134 garment workers were killed and thousands more injured in Bangladesh, the horror of the incident spurred international action and resulted in significant safety improvements in many of the country’s 3,000 garment factories.

But five years after the April 24, 2013, disaster, Bangladesh garment worker-organizers say employers often are not following through to ensure worksites remain safe, and the government is doing little to ensure garment workers have the freedom to form unions to achieve safe working conditions. Since the Tazreen Factory fire that killed 112 garment workers in 2012, some 1,303 garment workers have been killed and 3,875 injured in fire-related incidents, according to Solidarity Center data. 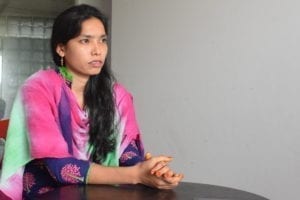 “Five years after the tragedy, the police and local leaders are supporting the factory owners and harassing us”—Tomiza, worker-organizer. Credit: Solidarity Center/Mugfiq Tajwar

“Pressure from the buyers and international organizations forced many changes, says Tomiza Sultana, a garment worker-organizer with the Bangladesh Independent Garment Workers Union Federation (BIGUF), among them less interference by police and factory management. “ We organized trade unions, recorded complaints and trained many workers.

“But five years after the tragedy, the police and local leaders are supporting the factory owners and harassing us and anyone who wishes to come to us. They have forgotten the lessons of the disaster,” she says.

A Disaster that ‘Cannot Be Described in Words’

“I can vividly recall that day. I can still see the faces of families who were looking for the bodies of their loved ones by only holding their photo ID,” says Nomita Nath, BIGUF president. “This disaster cannot be described in words.” The multistory Rana Plaza building, which housed five garment factories outside Dhaka, pancaked from structural defects that had been identified the day before, prompting building engineers to urge the building be closed. Garment workers who survived the collapse say factory managers threatened their jobs if they did not return to work. 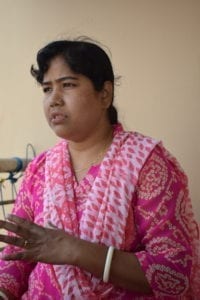 Factory owners did not care about our lives. They only cared about meeting production targets—BIGUF President Nomita Nath. Credit: Solidarity Center/Mugfiq Tajwar

Ziasmin Sultana, a garment worker who survived the collapse, recalls managers telling workers on the morning of April 24 the building was safe even though “the previous day, we had seen cracks [in the building] form right in front of our eyes.” Shortly after starting work, the electricity went out and the building began to violently shake.

After packing into a crowded stairwell to escape, Ziasmin says she found herself falling. “Everything happened in an instant and it was dark everywhere. When I came to my senses, I realized that three of us have survived and everyone else around us was dead.”

“The world saw how much our lives meant to the owners of these factories,” says Nomita. “They did not care about our lives. They only cared about meeting production targets.”

In the wake of Rana Plaza, which occurred months after a deadly factory fire at Tazreen Fashions killed 112 mostly female garment workers, global outrage spurred several international efforts to prevent deaths and injuries due to fire or structural failures. Safety measures were instituted at more than 1,600 factories.

Hundreds of brands and companies signed the five-year, binding Bangladesh Accord on Building and Fire Safety which mandated that brands and the companies they source from fix building and fire hazards and include workers in the process. Many of the signatories recently have signed on to the renewed three-year agreement that takes effect in May. Extending the Accord guarantees that hundreds of additional factories will be inspected and renovated. 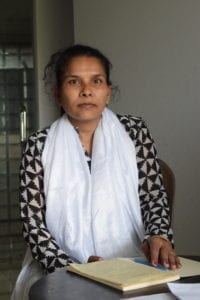 In a recent series of Solidarity Center interviews, garment worker-organizers from several national unions applaud the significant safety improvements but warn that employers are backsliding. And workers seeking to improve safety in their factories often face employer intimidation, threats, physical violence, loss of jobs and government-imposed barriers to union registration.

“The Accord contributed to ensuring the safety of the factories, but there is a lot of other work that needs to be done,” says Khadiza Akhter, vice president of the Sommilito Garments Sramik Federation (SGSF). She and others interviewed say factories are not regularly inspected, employers do not ensure fire extinguishers and other safety equipment are properly maintained, and safety committees sometimes only exist on paper.

“We are now working in this area for maintaining the standard of fire safety. This is a big task in coming future,” Khadiza says.

The Solidarity Center, which over the past two decades in Bangladesh jump-started the process to end child labor in garment factories and served as a catalyst in the resurgence of workers forming unions, in recent years has trained more than 6,000 union leaders and workers in fire safety. Factory-floor–level workers learn to monitor for hazardous working conditions and are empowered to demand that safety violations be corrected. Many workers, in turn, share their knowledge with their co-workers.

Bangladesh at a Crossroads 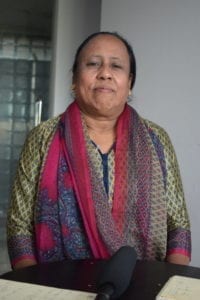 Accounting for 81 percent of the country’s total export earnings, Bangladesh’s ready-made garment industry is the country’s biggest export earner. Yet wages are the lowest among major garment-manufacturing nations, while the cost of living in Dhaka is equivalent to that of Luxembourg and Montreal.

“The workers can barely survive with such low wages, as their house rents and even food prices have risen,” says Momotaz Begum, who has worked as a garment worker organizer with the Awaj Foundation since 2008.

Without a union, garment workers often are harassed or fired when they ask their employer to fix workplace hazards or seek living wages. Worker advocates say Bangladesh is at a crossroads—and they hope the government and employers choose a future in which Bangladesh workers are partners in the country’s economic success and treated with the dignity and respect they deserve.

But even in the face of severe employer harassment and government indifference, worker-organizers like Khadiza, Momotaz, Tomiza and Nomita, all of whom began working in garment factories as children or young teens, are helping workers join together and insist on their rights at work. Today, 445 factories with more than 216,000 workers have unions to represent their interests and protect their rights.

“I believe that the workers must be aware of their rights and they must be united to achieve them,” says Shamima Akhter, an organizer with the Bangladesh Garment and Industrial Workers’ Federation (BGIWF). “We train them to let them know what they deserve, and we empower them so that they can claim their rights from the factory owners.”

In Bangladesh, the Solidarity Center implements the Workers Empowerment Program – Components 1 and 2, which provides training and rights education to garment workers and organizers, with the support of USAID.

Iztiak, an intern in the Solidarity Center Bangladesh office, conducted the interviews in Dhaka.