Domestic workers are some of the world’s most vulnerable workers, comprising a significant part of the global workforce in informal employment. Lucy Nyangasi, 26, a domestic worker in Nairobi, is one of some 67 million workers who labor in households around the world, often in isolation and at risk of exploitation and abuse. The Kenya Union of Domestic, Hotel, Educational Institutions, Hospitals and Allied Workers (KUDHEIHA) is attempting to improve the working conditions and wages of domestic workers like Lucy, as well as those who migrate out of the country for work, with the support of the Solidarity Center. 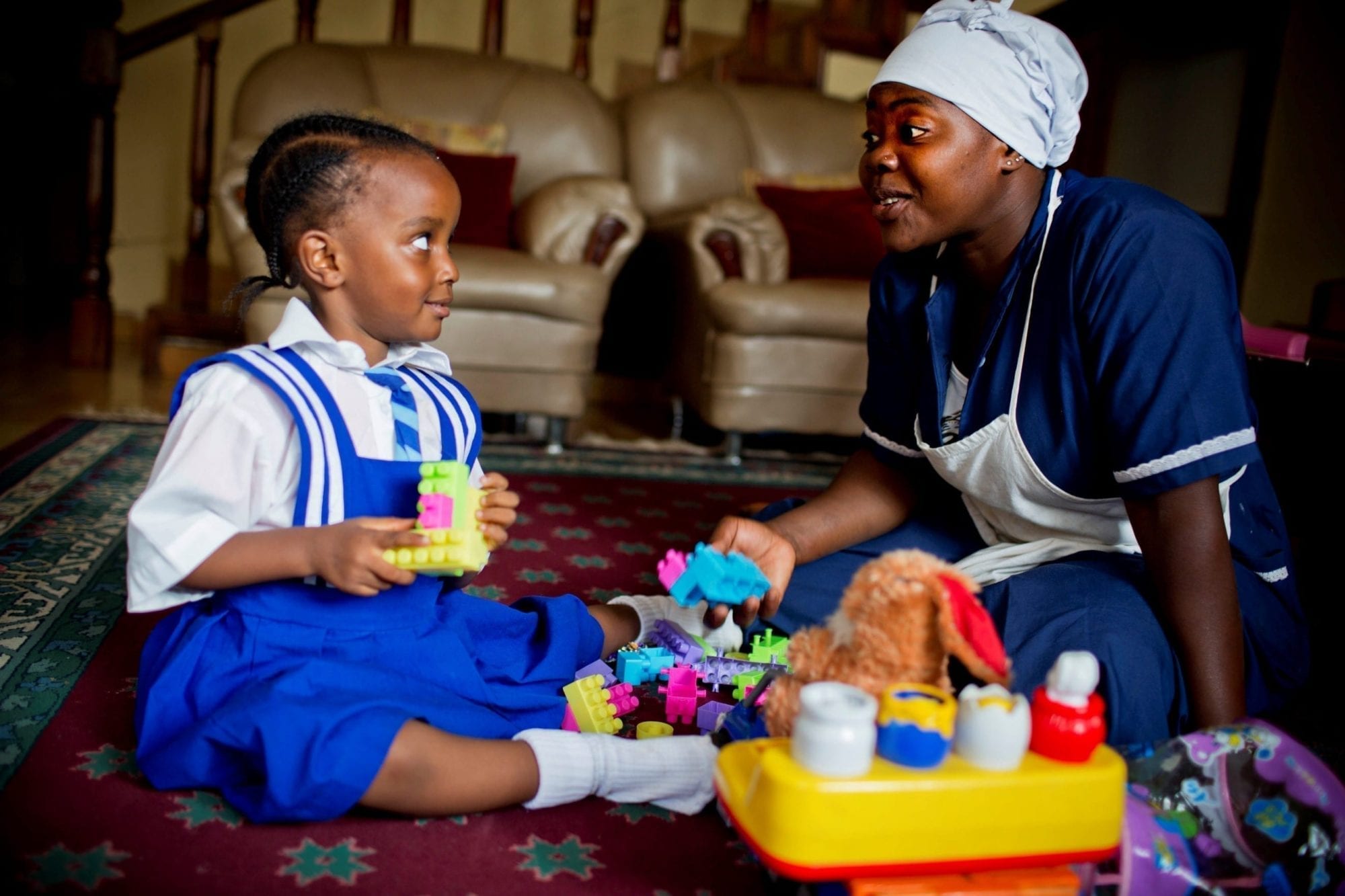 Fighting back against exploitation, during the past year, domestic workers organized by KUDHEIHA joined with allies in hosting a series of public informational forums in the Mombasa area to educate domestic worker migrants about their rights, and rallied in Nairobi for ratification by Parliament of International Labor Organization (ILO) Convention 189, Decent Work for Domestic Workers.

In Mombasa, to educate communities that send domestic workers to the Middle East about migrant worker rights, KUDHEIHA joined with allies in hosting a series of public informational forums throughout the area during the month of August last year. Local migrant worker and anti-human trafficking organizations, TRACE Kenya, Haki Africa and the Kenya National Commission on Human Rights helped support the events. 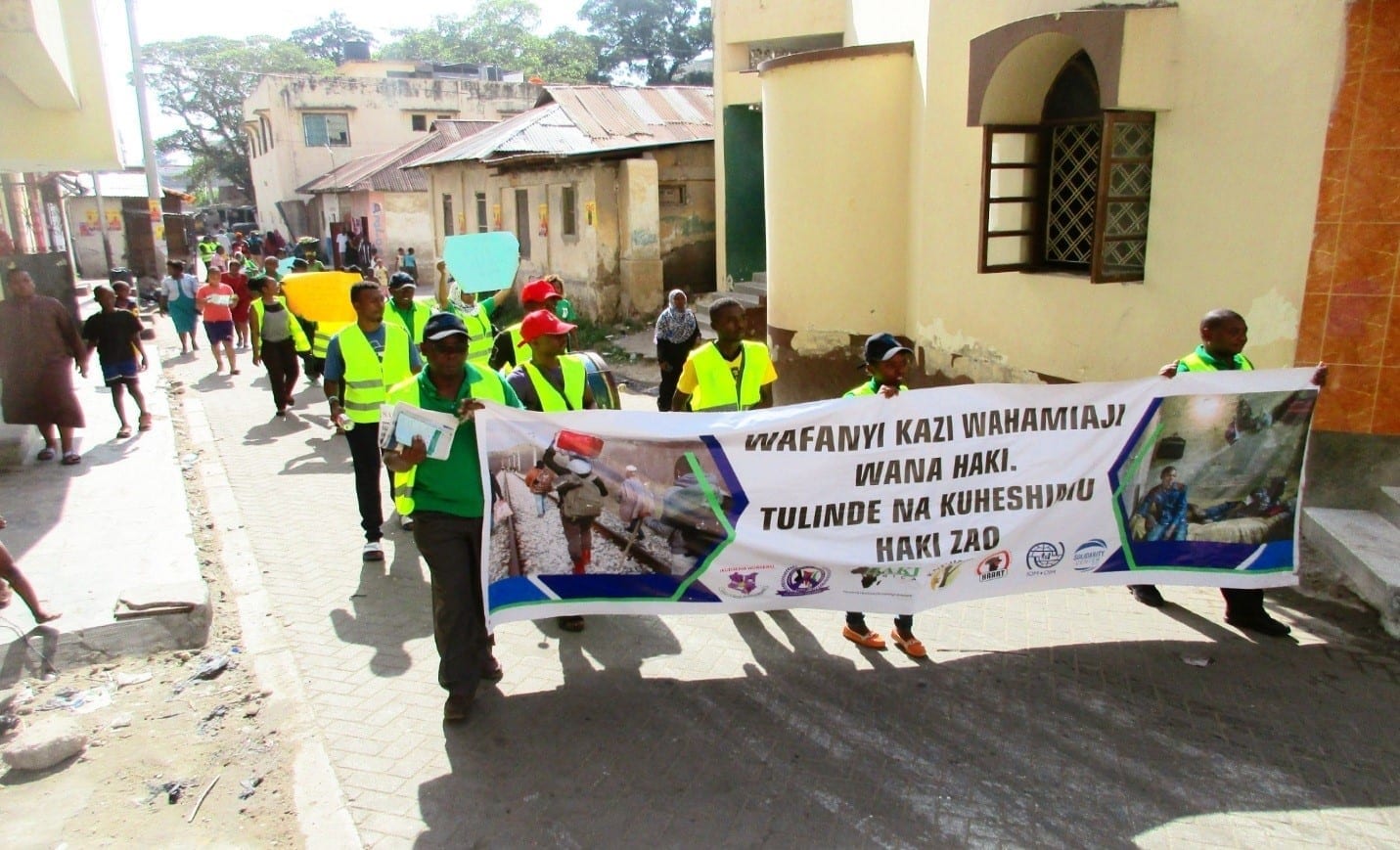 KUDHEIHA joins with local allies in a street mobilization in the Majengo area in Mvita in August 2017, inviting the public to a labor migration forum located at the chief`s office in Majengo. Credit: Solidarity Center 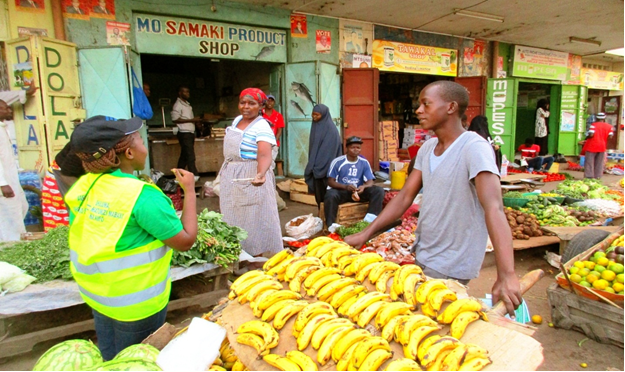 The Safe Migration Forum in the Majengo area of Mvita was opened by the local chief and attended by village elders and local administrators, including the county commissioner, as well as by members of the general public. There they learned from former migrant domestic workers to various Gulf countries that unscrupulous labor brokers in Kenya and elsewhere often will not show migrating workers their contracts until they are at the airport or bus station, and frequently, the contracts are written in Arabic or a language the workers cannot understand. When they arrive at their destination, the contracts and promised salaries may even change. 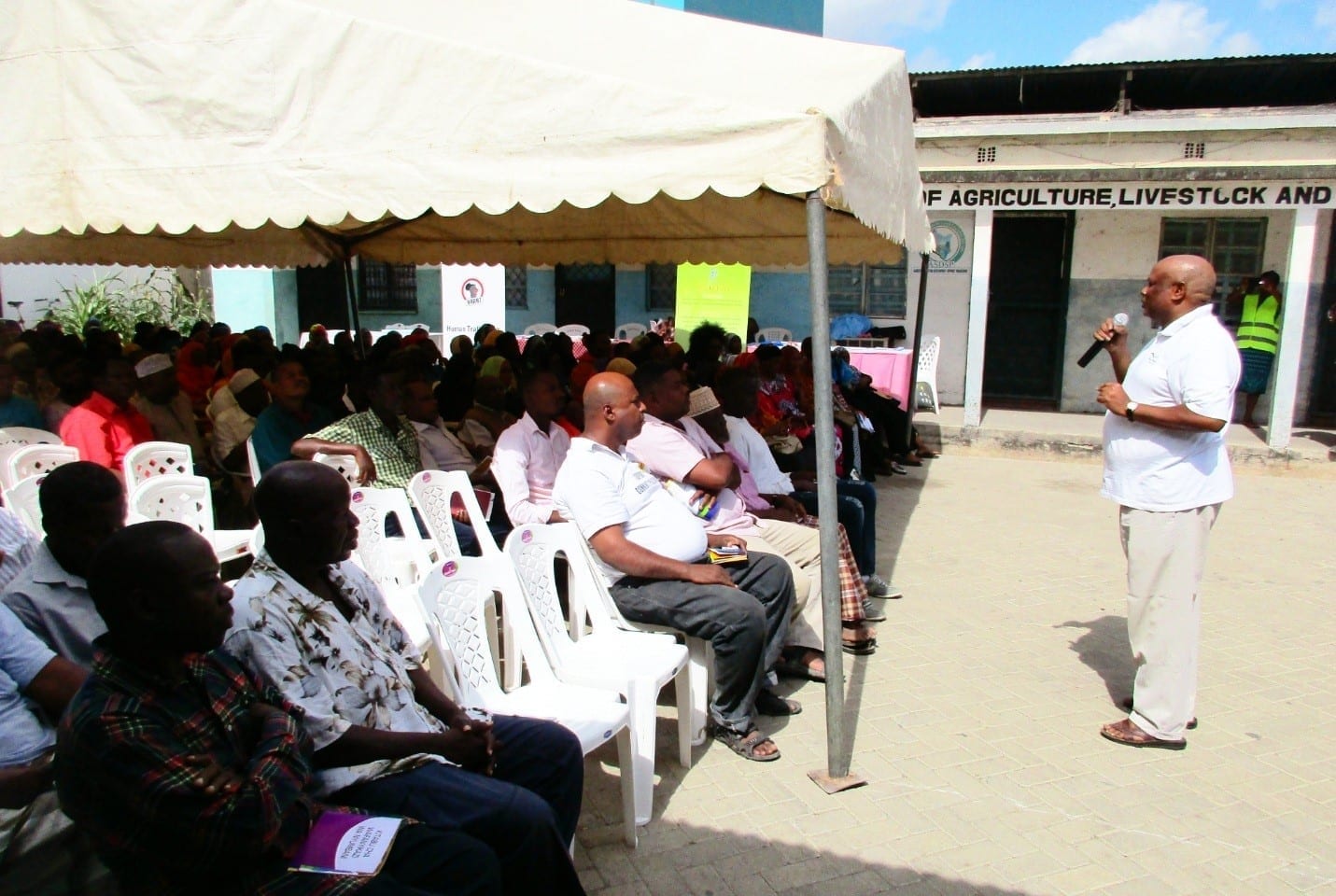 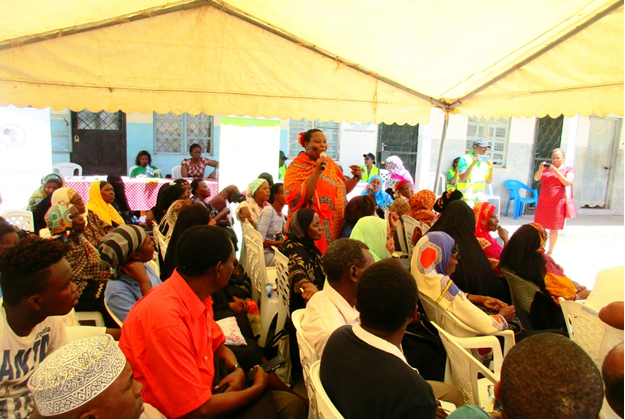 In Nairobi, hundreds of domestic workers rallied in front of the Kenya Parliament on February 21, 2018, advocating for legislators to ratify International Labor Organization (ILO) Convention 189, Decent Work for Domestic Workers. The effort is part of a larger campaign to improve wages and working conditions for the country’s domestic workers by (KUDHEIHA) as well as to help build momentum for a global movement for domestic workers. Although the convention went into force in 2013, it has been ratified by only 23 countries. Of these, only two African countries have ratified the convention: South Africa and Mauritius. 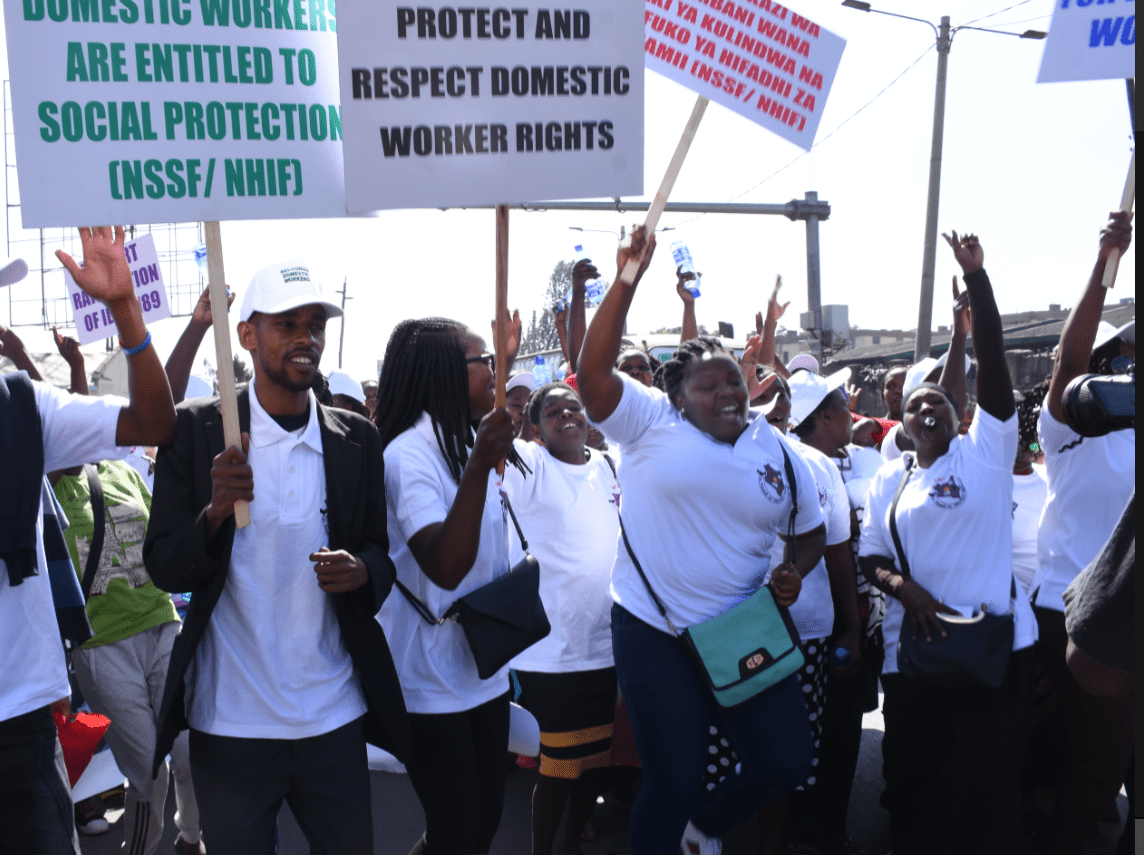 “It is amazing. It shows [the] power of the domestic workers in Kenya,” said Vicky Kanyoka, Africa regional coordinator for the International Domestic Workers Federation (IDWF). 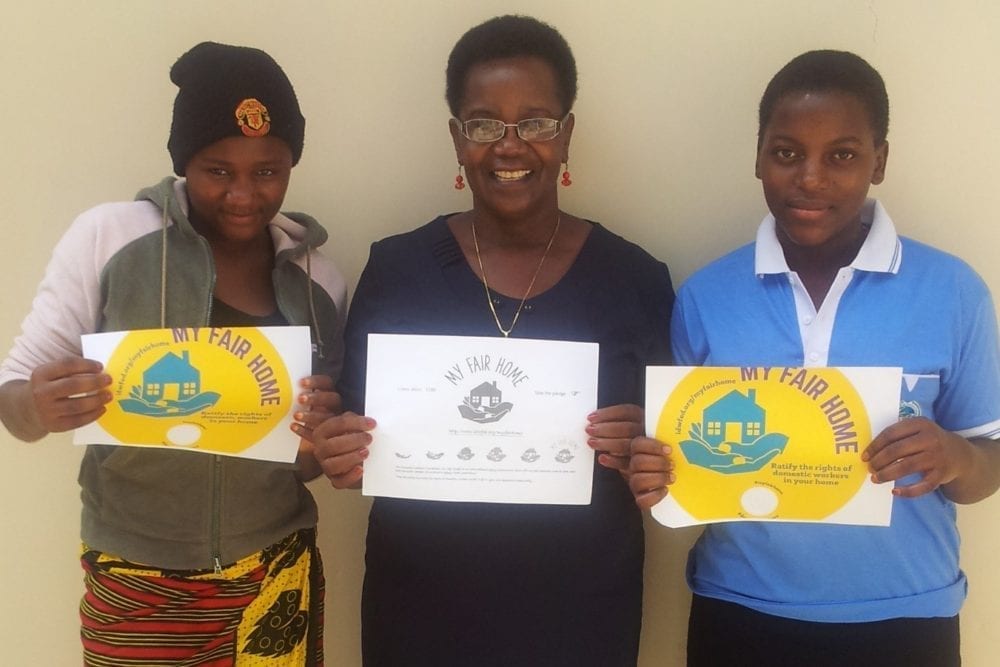 On June 16, International Domestic Workers Day, we honor the women who make other people’s lives easier. This day, as every day, the Solidarity Center is committed to helping domestic workers attain safe and healthy workplaces, family-supporting wages, dignity on the job and greater equity at work and in their community. The Solidarity Center works with domestic workers and other organizations that represent them around the world, including in Cambodia, Costa Rica, Dominican Republic, El Salvador, Hong Kong, Indonesia, Jordan, Kenya, Liberia, Mexico, South Africa and Sri Lanka.