Panel: Women’s Work Is the Backbone of the Global Economy 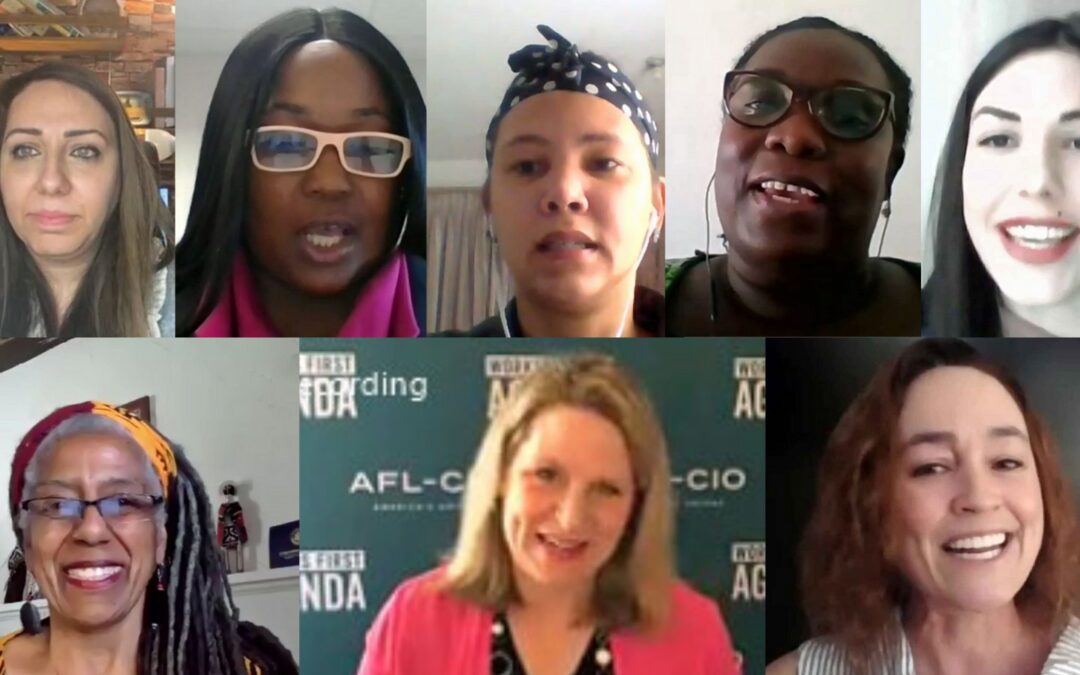 Women are undervalued, underpaid and the target of disparaging stereotypes and even violence—but by joining together in unions, they stand strong with a collective voice to change the workplace, society and government, women union leaders said today in a panel event.

“Women are carrying the burden. But we are not remaining silent,” said AFL-CIO Secretary Treasurer Liz Shuler, in opening remarks. “We are claiming our power through our union. It’s one of the most important stories in the world. It is about our collective power.”

Marking International Women’s Day, March 8, the panel, “Ever Essential: Women’s Work Is the Backbone of the Global Economy,” featured leaders from Colombia, Ghana, Palestine and the United States who shared their experiences defending the rights of women workers to equality, good jobs and an end to violence and abuse. Nearly 200 participants joined the virtual panel, sponsored by the Solidarity Center and the U.S.-based Coalition of Labor Union Women (CLUW).

CLUW President Elise Bryant launched the event with a song and a salute to “SNAP”: Sisters Not Afraid of Power. “The rest of the world has finally figured out what we always knew: Women’s work is essential. Period,” she said.

“Women’s work is underpaid even though the work they do makes society function,” said Philadelphia CLUW President Koren M. Parker, adding that globally, women work 4.5 unpaid hours a day compared with slightly more than two hours a day for men. 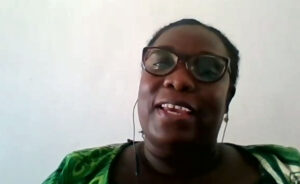 Emelia Ghansah recounted her rise in union leadership despite the obstacles she faces as a woman. Credit: Solidarity Center

“Even though we are the majority, our voice does not reach the top,” she said. While women work to elect men to leadership positions, support for women who seek high office “is never reciprocated by men.”

Ghansah, who described how she rose from a program officer to her current position despite obstacles to women’s union participation like lack of child care, recently worked with street vendors, primarily women, helping organizing them to work collectively and accompanying them as they met with local authorities to negotiate for a new market building, now underway.

In Palestine, Sanaa Alsarghali from the nongovernmental organization Women, Media and Development, shared how she is talking with university students, working women and other groups to gain support for ensuring women are included in process to draft a new constitution, one that addresses gender-based violence and ensure gender equality.

‘Only Our Collective Power Could Win’

In Colombia, Carolina Del Valle Hevia de Brandts led the formation of a union representing more than 1,000 Colombian and Venezuelan workers delivering food from restaurants and grocery stores to homes. 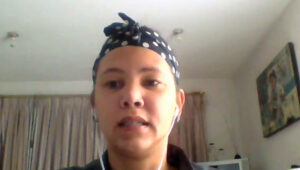 While digital platforms like food delivery and ride sharing “have amassed a lot of money during the pandemic all over the world,” workers, especially women, have few rights and are vulnerable to abuse, said Hevia. “Women face sexual harassment, violent threats and all kinds of behavior just because we are working the public space and streets [that] are our working environment,” she said.

A refugee from Venezuela, Hevia described how women migrant workers are doubly targeted because of ethnic stereotypes. Yet by joining together in the Union of Platform Workers (UNIDAPP), Hevia said she and other union members are “defenders of people’s rights so we can become a better society with no distinction of race or gender.”

“When we unite, we are invincible!”

“When we get tired, we can still be inspired. Let’s carry the truth that we are stronger together.