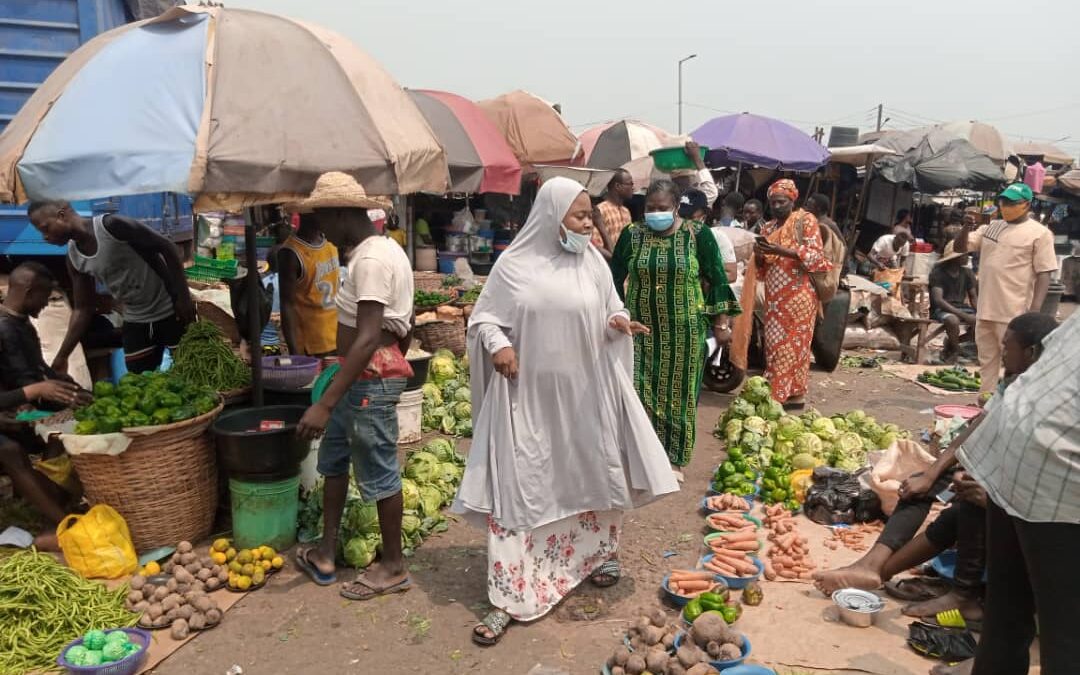 A magistrate court in Nigeria this week recommended prosecution of a man accused of sexually assaulting a minor in a bustling Lagos open marketplace—and gender rights activists there say the move was the direct result of awareness training conducted with market vendors about their right to violence-free workplaces. Nasiru Umaru, 44, is now in KiriKiri correctional center. The girl was helping her mother make extra money by selling goods, as do many children forced to work in hazardous environments to ensure their families make enough to meet basic needs.

Bringing a case like this is rare in the market, says Onyeisi Chiemeke, an attorney with International Lawyers Assisting Workers network (ILAW), which is aiding with the prosecution. Chiemeke says a newly formed gender-based violence task force in the market brought attention to the alleged rape, and the case now goes to trial in Nigeria’s high court. ILAW, a project established in 2018 by the Solidarity Center, is the largest global network of workers’ rights lawyers and advocates. 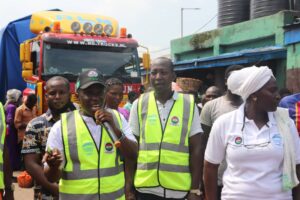 Following the 2019 adoption of Convention 190 at the International Labor Organization (ILO), union leaders at the Nigeria Labor Congress (NLC), together with the Solidarity Center, began training workers, seeking to put into practice C190’s extensive provisions on preventing and ending gender-based violence and harassment (GBVH) in the world of work.

“I think we are making a lot of progress, a lot of awareness,” says Rita Goyit, head of the NLC’s Department of Women and Youth and secretary of the NLC National Women Commission.

Mile 12 market vendors who took part in the training quickly formed a GBVH task force that worked with the NLC to develop a market code of conduct covering gender-based violence and harassment. The vendors also posted suggestion boxes for reporting GBVH, and the NLC’s Lagos State union chapter leader monitors the submissions and alerts the NLC when necessary.

Vendors also are creating posters to spread awareness and talking with other sellers at the vast, sprawling market, where thousands of people visit each day to buy vegetables, legumes and other food items. 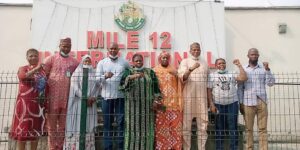 NLC and market leaders at the Mile 12 market in Lagos partnered to raise awareness about gender-based violence and harassment at work. Courtesy: NLC

Key to the success of the trainings, says Goyit, is that they were held in local languages. “That was one of the strategies that really worked—it was a language they understood. People talked one-on-one in the local language.” Vendors from across Nigeria travel to Mile 12, the largest in Lagos, to sell their wares.

The NLC also is joining with unions and allied organizations in urging the government ratify C190. Ratifying an ILO convention signifies a country’s intention to be bound by its terms. Union activists worldwide are campaigning for its ratification, and nine countries have done so.

As the accused man awaits a court hearing, Chiemeke says the synergy between market vendors and lawyers is helping make concrete the rights that Convention 190 provides to violence-free environments.