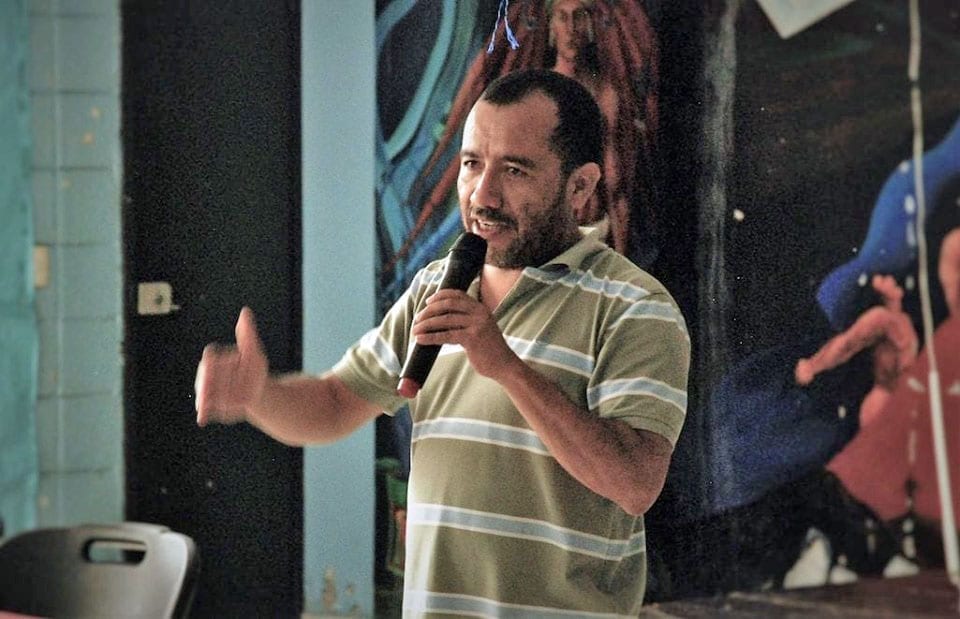 Jaime Atilio Rodríguez, a union leader and human rights activist in Honduras, was found alive yesterday after being kidnapped and apparently tortured.

Rodríguez, former president of the Union of Middle School Teachers (COPEMH), disappeared October 28 on the way to the bus in Tegucigalpa’s historic center, according to the Committee of Relatives of Disappeared Detainees in Honduras (COFADEH).

He was rescued after being bound and dumped near the Choluteca River, his neck slashed. He was treated and released yesterday from the hospital.

“They cut his throat, kidnapped him and threw him into the river,” said Rodriguez’ wife Martha de Rodríguez, who spoke with COFADEH. 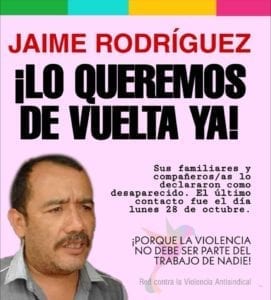 According to the Network Against Anti-Union Violence in Honduras, which tracks attacks on  worker rights defenders, including union members and leaders, Rodríguez could have been targeted because of his activism as a land rights defender, his stance against electoral fraud, his recent opposition to proposed government privatization of essential public services, or some combination of the three. Tens of thousands of people have taken part in protests since April, when the government announced deep cuts to education and health services.

Spending on education and culture has dropped from 33 percent of the national budget to 20 percent over the past decade, with wages and infrastructure spending frozen. Some 40 percent of emergency rooms have inadequate medical coverage, according to the Honduras National Commission for Human Rights. Educators and health care workers say privatizing health and education systems will further decrease services and lead to  layoffs.

The assault on Rodríguez also was meant to send a signal to others engaged in social protests, according to the Network, which says members of some of the country’s teacher unions have been harassed and intimidated for their involvement in the protests, with the president of another teacher union repeatedly threatened and nearly kidnapped. The Network is a Solidarity Center partner.

The teacher unions are members of the Platform for the Defense of Health and Public Education, a coalition of union and community organizations, which led the protests this past spring against cuts to public services. Security forces repeatedly responded by firing at protesters with live ammunition and tear gas. 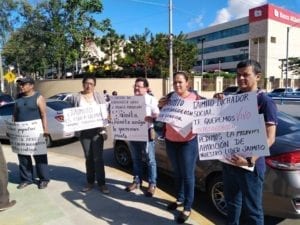 Edwin Hernández, a leader of a teachers union (Colpedagogosh), also active in the Platform for the Defense of Health and Public Education, took part in protest by teacher union activists demanding Jaime’s return.

“We are here demonstrating before our society so that society realizes what is happening to our friend Jaime, who is so valuable to the popular struggles in our country,” he said.

From his hospital bed, his throat visibly cut, Rodríguez agreed with a colleague who told him, “We won’t step back,” adding, “Onward!”

In 2012, the AFL-CIO and 26 Honduran unions and civil society organizations filed a complaint under the labor chapter of Central American Free Trade Agreement (CAFTA). The complaint, filed with the U.S. Department of Labor’s Office of Trade and Labor Affairs, alleges the Honduran government failed to enforce worker rights under its labor laws. In an October 2018 report, the U.S. Trade and Labor Affairs office said Honduras had made no progress on any of the emblematic cases since 2012.

In a recent letter to the U.S. Labor Department and U.S. Trade Representative, several members of Congress expressed “deep concern” regarding Honduras’s “continued violation” of CAFTA’s labor chapter, and noted that despite some progress, Honduras “continues to commit serious violations of the labor chapter on a regular basis.”