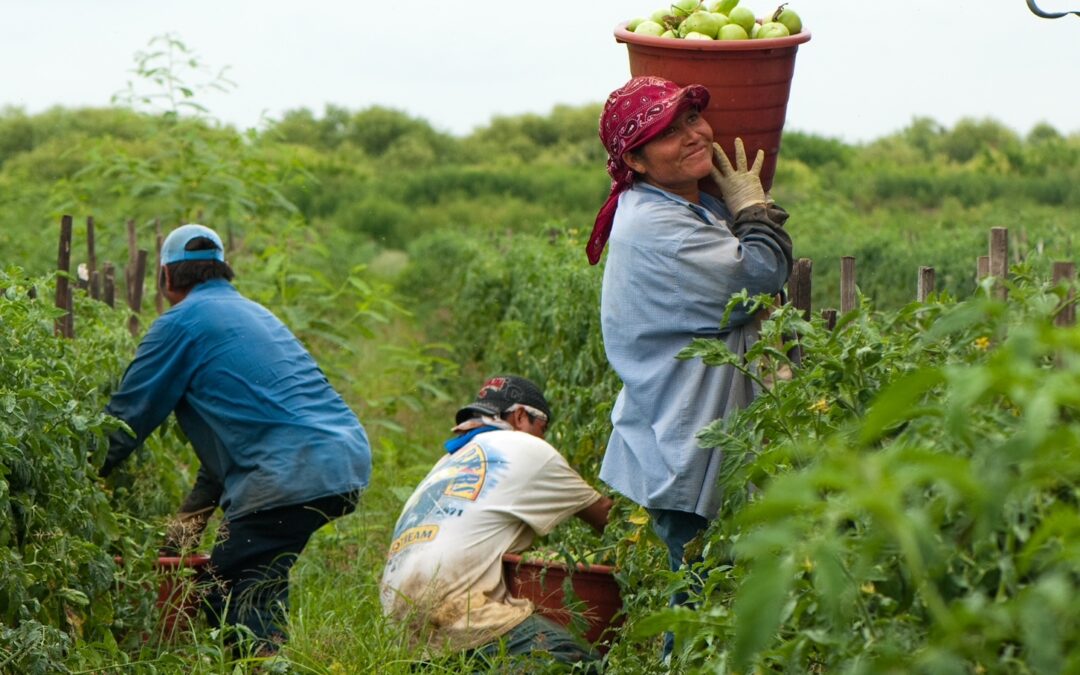 A significant number of migrant workers worldwide are not paid for work performed, and legal remedies to recover them are few. But new policies have proven effective in ensuring migrant workers are treated fairly, a global panel of experts said yesterday.

“Paying workers their wages in full and on time is the basic bargain in employment relationships—when someone works, they do so in exchange for payment from an employer. Yet, for many of the 169 million migrant workers around the world this is not their experience,” said Neha Misra, Solidarity Center global lead on migration and human trafficking. “This is not a simple issue of wage arrears, like a clerical error. This is THEFT.”

“We need to educate and motivate governments to take action to remedy wage theft, including in supply chains,” said Laurie Berg, co-executive director of the Migrant Justice Institute which, along with Solidarity Center and ILAW, a Solidarity Center project, sponsored the event.

Speaking on the panel, Bassina Farbenblum, Migrant Justice Institute co-executive director, ourlined additional concrete measures to address wage theft, drawing on examples undertaken in cities and countries around the world. These include shifting the burden of proof to employers in wage claims—such as requiring the employer to demonstrate it paid the worker correctly—to establishing financial repercussions for employers who withhold wages or ignore judgments favorable to workers. Migrant workers often fear deportation or other forms of employer retaliation if they file wage claims, said Farbenblum. Solutions include allowing migrant workers to change employers without losing their visa, and allowing them to file claims after they leave their job — by permitting temporary stay in the country to pursue wage claims or enabling them to file claims from their origin country.

Berg and Farbenblum detail these and more options in Migrant Workers’ Access to Justice for Wage Theft: A Global Study of Promising Initiatives, a 2021 study undertaken in partnership with Solidarity Center and ILAW. The report supports a new initiative coordinated in part by the Solidarity Center, the Migrant Worker Access to Justice for Wage Theft campaign, a global coalition working to provide remedy and accountability for wage theft.

The project launches a new phase in September, with the formation of a community of practice that will develop policy guides on reform targets to enable advocates to push for law and policy reform, said Berg. The guide will set out a variety of models and examples where reform has been implemented.

Panelists Amanda Aziz, a lawyer at the Migrant Workers Center in Canada, and Angélica Palacios Martínez at the Solidarity Center in Colombia, detailed specific initiatives in their countries to end wage theft.

In Canada, where migrant workers’ work visas are tied to specific employers in temporary migration schemes, rights advocates campaigned to establish an open work permit program in 2019 that applies to vulnerable workers with valid permits. The ability to move freely to another job allows them to escape abusive work situations, said Aziz. Similar systems in which migrant worker visas are valid only for one employer, such as the kafala sponsorship system in Arabian Gulf countries that ties migrant workers to their employers and guestworker programs in the United States that do the same, effectively deny migrant workers fundamental rights and fuels abuse like wage theft.

Martínez described how the recent influx of Venezuelan migrant workers to Colombia makes it easy for employers to exploit a vulnerable workforce. Many seek jobs through platform delivery companies such as Rappi, which effectively tells workers if they do not like conditions, they can leave because other workers will take their jobs, she said. While Colombian workers in the formal sector work up to 48 hours a week, migrant workers must work far more because they are paid so little, she said.

The workers formed a union, UNIDAPP, and took their demands for decent work to the labor minister. They also won a court decision that forced Rappi to pay wages they owed workers.

“We’re looking for equality of the treatment of all workers in the country,” Martínez said.

Also speaking on the panel, Ruth Silver-Taube at the Santa Clara University School of Law described how advocacy efforts of a wage theft coalition won a series of victories that included barring governments in Santa Clara County, San Jose, and other nearby cities from contracting with employers who have outstanding wage theft judgments.