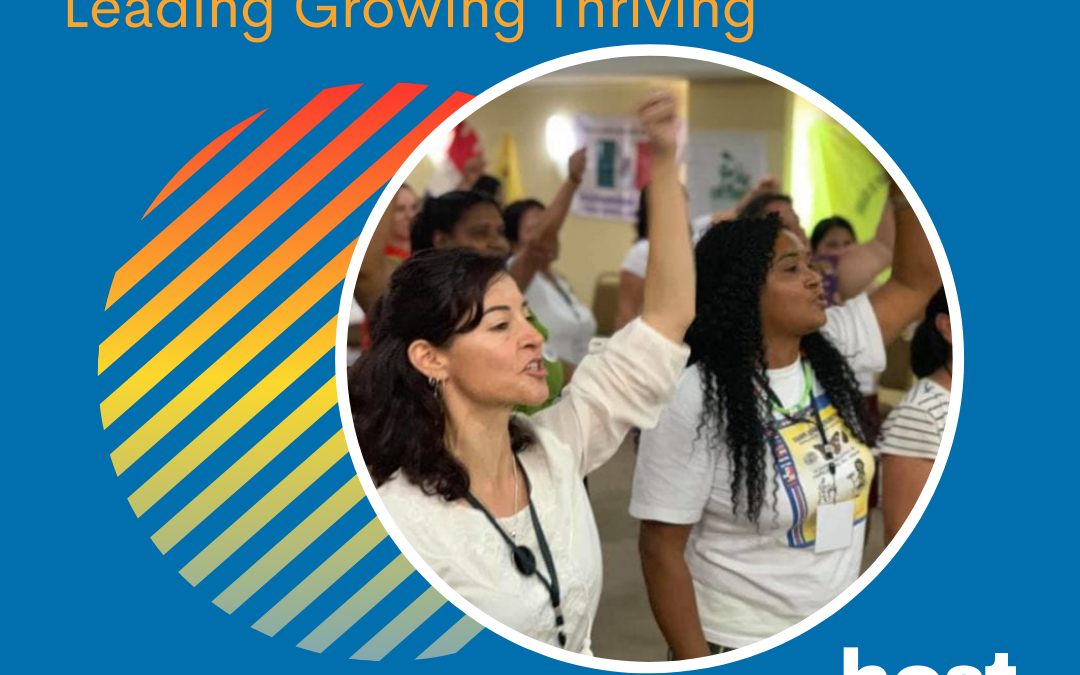 Domestic workers are among the most invisible workers in the world—yet in Latin America, they are joining together to champion their rights at their workplace and in their communities, says Adriana Paz Ramirez on this week’s episode of The Solidarity Center Podcast.

Paz, Latin American regional coordinator for the International Domestic Workers Federation (IDWF), says these mostly Black and Indigenous women are breaking decades of intergenerational oppression and trauma, and forging new paths through holistic leadership training, creating community-wide social movements and expanding their strength by connecting with each other.

“That is the significance of getting themselves into a union. If the women at the bottom of the bottom are racing up, all of us are raising up.”

Be sure to catch last week’s episode in which Bader-Blau talks with Francia Blanco, a trans rights activist, domestic worker and union leader in Nicaragua who is working with her union to achieve rights, respect and dignity on the job for all LGBTQ+ workers.

Look for final episode this season on April 21, with International Trade Union Confederation President Ayuba Wabba. He explores the Nigerian labor movement’s response to the COVID-19 crisis and discusses the global labor movement’s plans to build back better for workers around the world

And check out recent episodes:

This podcast was made possible by the generous support of the American people through the U.S. Agency for International Development (USAID) under Cooperative Agreement No.AID-OAA-L-16-00001 and the opinions expressed herein are those of the participant(s) and do not necessarily reflect the views of USAID/USG.