Bangladesh Garment Workers Stand up for Rights at Work 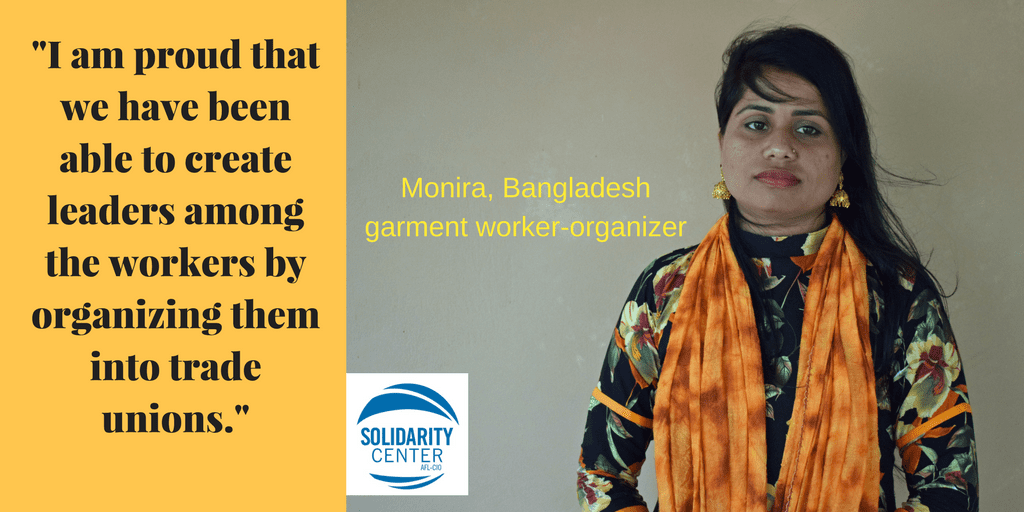 Five years after the deadly Rana Plaza building collapse in Bangladesh, workers and union activists say despite the massive demand from workers for union representation to achieve safe workplaces, worker-organizers must face down threats, harassment and violence to educate workers about their rights on the job. 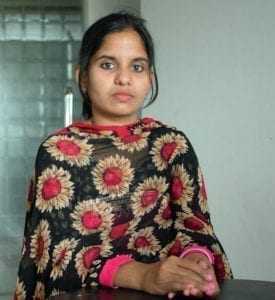 Since the April 24, 2013, tragedy in which more than 1,130 garment workers died and thousands were injured, the government has approved a little more than half of the garment unions that have applied for official registration, according to Solidarity Center data. Confronted with employers and a government hostile to worker organizations, worker-organizers have sometimes risked their lives to help workers improve wages and working conditions.

Shamima Aktar, a garment factory worker and organizer with Bangladesh Garment and Industrial Workers’ Federation (BGIWF), is one of them. During a meeting with management at a newly unionized factory, managers refused to grant a demand made by the factory union that salaries be paid on a timely basis. Instead, Shamima and the other union representatives were locked in the building and beaten, she says.

“But what moved me was that hearing about our abuse, 17 trade unions around the community immediately came to our aid and barricaded the whole factory which we were in. The workers needed us on their side to be able to live in peace and I wish to [keep organizing] no matter how difficult it is for me,” she says.

Through persistence and courage in the face of daunting odds, worker-organizers have helped garment workers form unions despite the severe obstacles. In Bangladesh, more than 200,000 garment workers at 445 factories are represented by unions that protect their rights on the job.

“I have worked day and night, went to gates of factories to talk to the workers, walked with them to their homes to earn their trust and to make them aware of how they are being exploited and deprived of their rights,” says Monira Aktar, an organizer with the Bangladesh Independent Garment Workers Union Federation (BIGUF). “So far, we have united 2,250 workers into trade unions, and they say that we give them courage and hope. For me, these words are enough to encourage me to work on for them.” 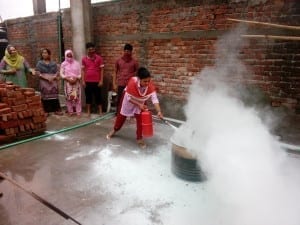 Wages in Bangladesh are the lowest among major garment-manufacturing nations, even though the cost of living in Dhaka is equivalent to that of Luxembourg and Montreal. The country’s labor law falls far short of international standards, and the Bangladesh government has failed to enact meaningful legal reforms, including addressing the arbitrary union registration process that is vulnerable to employer manipulation. Without a union, garment workers often are harassed or fired when they ask their employer to fix workplace safety and health conditions.

But due to international action after the Rana Plaza disaster, which occurred months after a deadly fire at Tazreen Fashions Ltd. factory killed 112 mostly female garment workers, a variety of efforts to prevent unnecessary deaths and injuries due to fire or structural failures—including the Bangladesh Accord on Building and Fire Safety—have remedied dangers at more than 1,600 factories.

The Solidarity Center has trained more than 6,000 union leaders and workers in fire safety, helping to empower factory-floor–level workers to monitor for hazardous working conditions and demand safety violations be corrected.

Such international attention has opened up space for workers to collectively demand—and win—improvements on the job, says Monira.

“I am proud that we have been able to create leaders among the workers by organizing them into trade unions. In the past this would have been close to impossible.”

In Bangladesh, the Solidarity Center implements the Workers’ Empowerment Program – Components 1 and 2, which provides training and rights education to garment workers and organizers, with the support of USAID.

Iztiak, an intern in the Solidarity Center Bangladesh office, interviewed the worker-organizers in Dhaka.