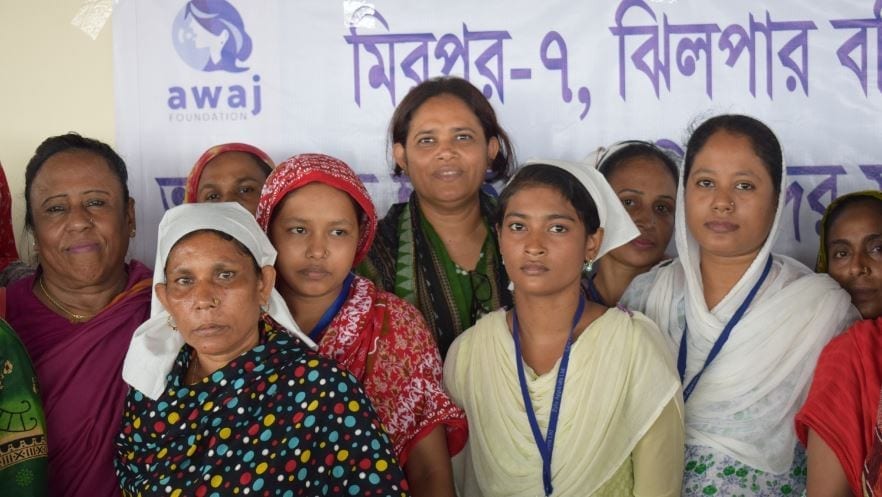 Fire disasters are a regular occurrence in Bangladesh’s major cities, killing hundreds of people in recent years. Dhaka and Chittagong, where many garment workers live and work, are especially prone to fires. At least 100 people have died in Dhaka fires so far this year; more than 70 were killed in February when a fire razed several Dhaka apartment buildings also being used to warehouse chemicals.

While garment workers are safer on the job due to progress made through the Bangladesh Accord—an enforceable international agreement between unions and more than 190 global apparel brands and retailers that covered more than 1,600 factories last year—low wages are forcing garment workers to live in dangerous slums. Dhaka has more than 5,000 slums inhabited by an estimated four million people, including children.

Although Bangladesh’s garment worker minimum wage increased in 2018 to $95 per month—the first increase in more than five years—wages are not keeping pace with the rising cost of living in areas populated by the apparel sector and employers are not paying workers a living wage.

“Poverty wages are forcing garment workers into over-crowded slums, where fire and other health risks are high,” said Ryan.

Through the efforts of AGWF, SGSF and AWAJ Foundation, with Solidarity Center support, 175 union families whose homes were destroyed in the August 16 Jhilpar fire yesterday received relief funds to help them rebuild. Unions will continue to inventory their member’s losses and needs and distribute additional funds as they become available.

Relief recipient Shima, who lost her home in the fire, said that union assistance gives garment workers like her the strength and means to rebuild, but that workers must earn enough to afford safe housing.

“Relief funds after disasters are only temporary,” she said.

Workers attempting to secure their fair share of revenue generated by the apparel sector—$32 billion in 2018—have been met with blatant intimidation by factory owners. 11,000 Bangladesh garment workers were fired in the wake of strikes they waged in December 2018 and January 2019 to protest low wages. Many seeking to form unions or take collective action were physically threatened and attacked, and some were arrested on trumped-up charges.

At least 1,304 garment workers were killed and at least 3,877 injured in factory fires and other workplace incidents in Bangladesh from November 2012 through April 2019, according to data compiled by the Solidarity Center.