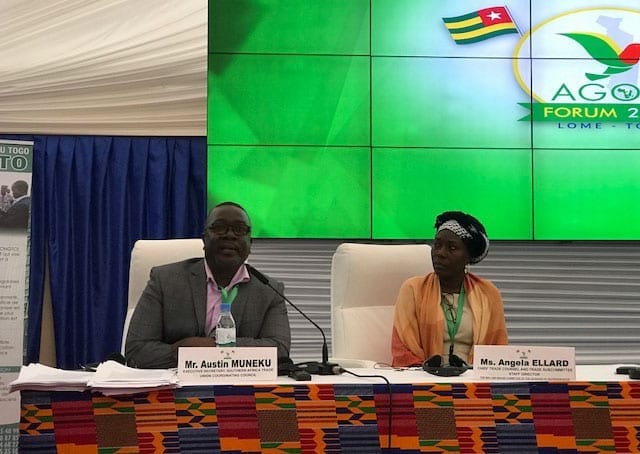 The forum “is a venue for workers to have their voices heard by officials and politicians all over the world,” says Eliamane Diouf, secretary-general of the Confederation of Free Trade Unions of Senegal (CSA), who attended the conference.

It offers unions the opportunity to “make sure companies comply with international standards of labor by complying with the rights of workers,” he says. 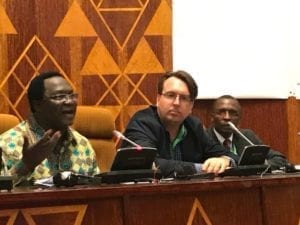 Also at the August 7–10 conference, Georges Koanda, general secretary of the Workers Trade Union of Burkina Faso (USTB), says unions seek to “make sure that all the businesses and small- and medium-sized enterprises that work with AGOA create decent work.

“To me, fair trade is where everybody wins—the worker wins, the employer wins, the government wins and the public around the world wins,” Koanda says. “But to achieve this, the government has to put up a lot of measures and procedures so as to comply with the norms in their trade with the United States.”

The CSA and USTB were among nine Solidarity Center partners at the event, where union leaders released a statement outlining how AGOA should best achieve fair trade for workers and their communities. The first goal is “strict adherence to international labor standards, respect for human rights, democracy and the rule of law,” as “integral performance benchmarks without exception to all AGOA investments and business practice.”

Signed into law in 2000, AGOA was originally an eight-year trade preferences pact providing  sub-Saharan African countries that met certain criteria with access to the U.S. market for goods such as clothing, agricultural products and auto components. It has since been extended to 2025. AGOA’s goals involve encouraging economic growth and development as well as regional and global integration of sub-Saharan Africa.

Crucially, the pact includes key worker and human rights protections that countries must meet to enjoy AGOA benefits. In 2014, the United States suspended Swaziland from AGOA for failing to allow worker and civil society groups to freely associate and assemble. The Swazi government’s attacks against workers and their unions have since decreased, says Muzikayise Mhlanga, Deputy Secretary General of the Trade Union Congress of Swaziland (TUCOSWA).

The action shows governments “if you don’t adhere to the benchmarks you’re going to lose AGOA,” says Mhlanga. 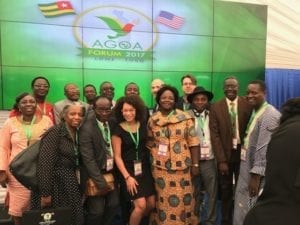 In fact, everyone along the supply chain benefits when workers have decent wages and working conditions and the freedom to form unions and associations, says Koanda.

“When we look at the number of Africans in the supply chain, we realize that these workers and their rights are not respected because they can’t make a living in this value chain. In this case, AGOA is very, very important because AGOA has requirements that our countries have to comply with.”

The unions roundly support AGOA, saying in their statement that it “offers an opportunity for African countries to address the decent work deficit, especially for women, youth and migrant workers as well as reduce poverty and inequalities.”

But the key, says Mhlanga, is decent work—employment that provides living wages in workplaces that are safe and healthy, with fairness on the job and social protections for workers when they are sick, injured or retire.

“We should not compromise the conditions of service just for the sake of getting jobs,” he says. “They should be decent jobs.”