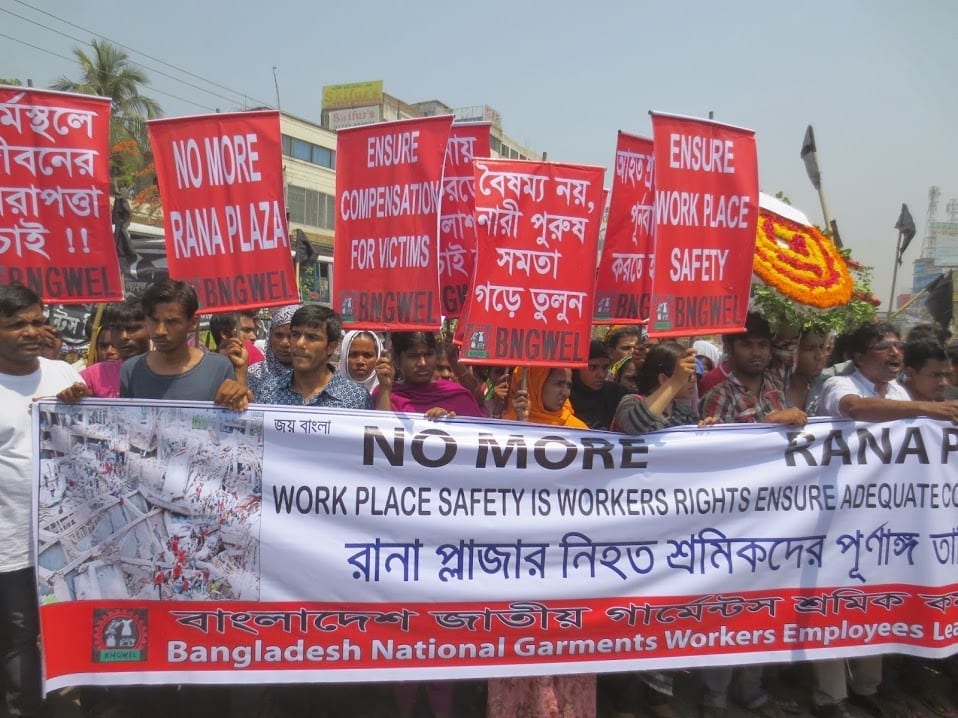 On a recent Friday, the only day off for Bangladesh garment workers—if they get a day off—I went to visit workers at their homes to better understand how the people who stitch our clothes live their lives. Walking through the puzzling narrow alleys, I entered a tin shed-like building. A corridor tore through the center and on each side were rooms for families. It was in one of these dimly lit rooms where I met Konika, who worked as a sewing operator in a nearby garment factory in Gazipur. In the tiny space where she lived with two children and her husband, she revealed the conditions at her workplace. 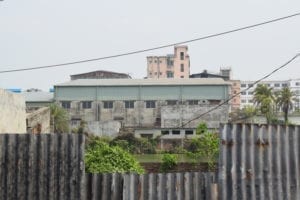 “We are under intense pressure to meet the target production,” she says. “I used to produce 70 pieces an hour but now, after our minimum wage has been increased by the government, I must produce 90 pieces. I have to think twice if I want to use the washroom. What if I miss my deadline? What if my production manager sees me? I rest only if there’s a problem with my machine and am lucky if the mechanic is not close by.”

Six years after the deadly April 24, 2013, Rana Plaza building collapse killed 1,134 garment workers and injured hundreds more, the government is on the verge of rolling back international safety inspections even as employers and the government are blocking workers’ ability to exercise their right to form unions to improve working conditions.

Disasters like Rana Plaza or the 2012 Tazreen Fashions fire, which together killed more than 112 garment workers, prompted global outrage and mobilized workers in protest of unsafe and deadly working conditions, forcing major fashion brands and Bangladesh suppliers to address safety issues. As a result, unions, suppliers and many international brands formed the Bangladesh Accord on Fire and Building Safety, a binding agreement that helped make many garment factories safer. Despite its success, however, the accord may be dismantled, leaving workers at the mercy of a system unprepared to improve factory safety, according to a recent report.

Meanwhile, fashion companies often send their own inspection teams to factories, but the effectiveness of these visits is debatable.

“Our managers make us tell the foreigners [safety inspectors] we don’t work until 10 p.m., that we receive our wages regularly and we even receive our doctor’s fees. None of this is true,” says Konika. On many occasions, the inspection team strolls around the factory, only gathering data from factory management and not from the workers, thus releasing inaccurate reports.

Konika and her co-workers face odds that would dishearten many: factory owners escalating pressure to produce and depriving workers of their basic rights, and corporations wearing a mask of “doing all they can” for workers, while in fact, doing nothing.

Yet Konika, on her day off, enjoys time with her family, despite recognizing the injustices she is likely to face tomorrow.