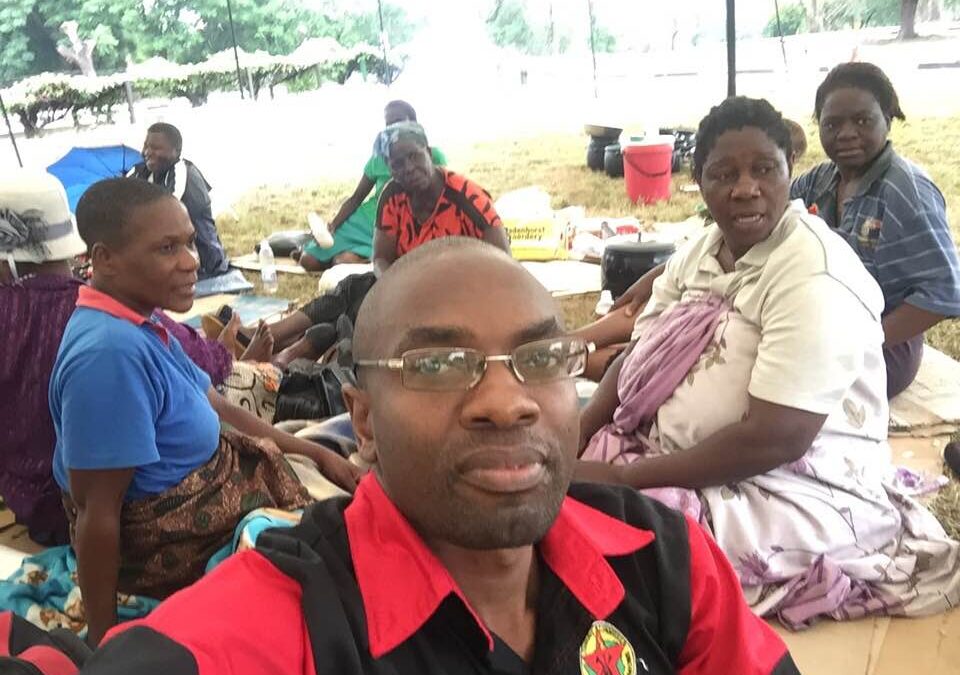 The Zimbabwe police have placed Zimbabwe Confederation of Trade Unions (ZCTU) President Peter Mutasa on a “wanted list” and branded ZCTU as a terrorist organization following the union confederation’s calls for a national mobilization against government corruption and demands for decent wages for workers during the novel coronavirus epidemic.

“For defending workers’ rights, we are called terrorists by ZANU PF,” ZCTU said in a Tweet, referring to the ruling party, the Zimbabwe African National Union–Patriotic Front. “We are a bonafide trade union movement in terms of the law.”

Ongoing death threats and a sustained government crackdown forced Mutasa and ZCTU General Secretary Japhet Moyo into hiding in 2019, and union leaders across Zimbabwe have been repeatedly beaten, kidnapped and arrested with hundreds injured by security forces since the government of Emmerson Mnangagwa replaced long-time President Robert Mugabe in November 2017.

The United Nations in June called on Zimbabwe to immediately end a reported pattern of disappearances and torture that appear aimed at suppressing protests and dissent.

Since 2017, police have often used force to prevent worker protests against skyrocketing costs and shortages of essential items such as food and fuel. Zimbabwe’s currency has collapsed against the U.S. dollar and inflation has risen to more than 700 percent, wiping out Zimbabweans’ savings.

The vast majority of workers in Zimbabwe support themselves and their families as market vendors, taxi drivers and in other informal economy jobs where pay is low and often uncertain, and sick pay and other benefits are nonexistent. In the formal sector, nurses, teachers and others have seen their incomes evaporate due to inflation, even as their salaries are already too low to cover basic needs.

Many Zimbabweans also face starvation, as parts of the country have been hit by severe drought. The UN World Food Program warned that food supplies will run out in 2020 unless urgent assistance is provided.

Yet the government imposed a $23 a month minimum wage during the pandemic lockdown that falls far short of the amount needed for families to survive, Mutasa said in a recent interview.

“Rent for a room is roughly $20, which means the majority of workers are earning just sufficient to pay rentals for one room. What about food, clothing, school fees, medical care, transport, etc.?”

ZCTU is urgently focused on “ensuring that workers get a reasonable minimum wage,” Mutasa said. “We also want an immediate change in the manner our country is governed. We have to fight against corruption, exploitation of our resources, illicit financial flows, shrinking democratic space, human and trade union violations as well as other governance deficiencies causing untold suffering to citizens.”