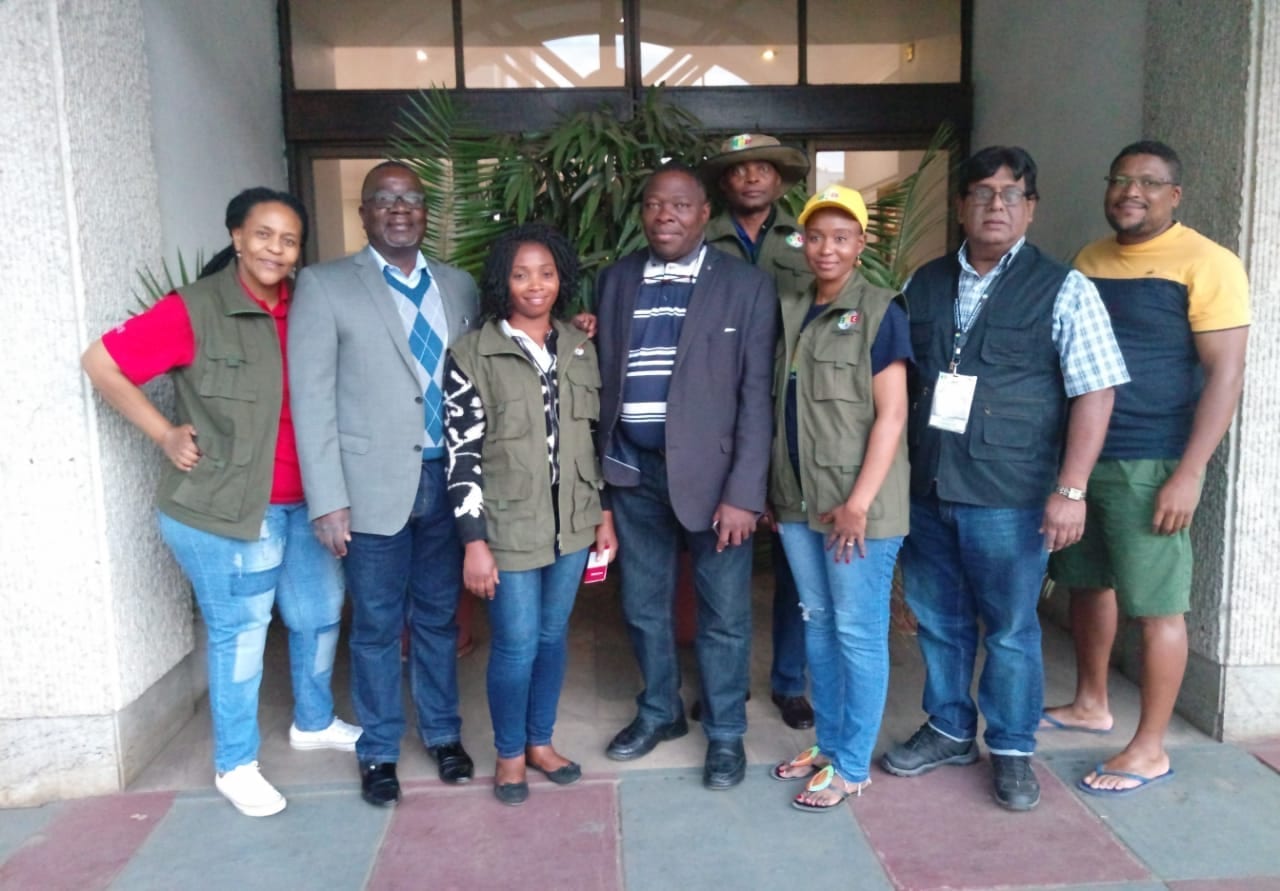 As Zimbabweans lined up to choose a new president, the labor delegation observed a day unmarred by violence or intimidation. The situation deteriorated, however, as time wore on with no clear winner announced. Crowds gathered. According to news reports, six people were killed in clashes between opposition protesters and security forces. Bullets were fired into the third-floor offices of the country’s labor federation, the Zimbabwe Congress of Trade Unions (ZCTU).

The SATUCC election observation delegation—which had fanned out across Zimbabwe to observe the country’s historic election, the country’s first since the ruling ZANU-PF party ousted its 30-year president, Robert Mugabe—reported that polling day was peaceful. The 14-person delegation of trade union leaders representing federations in Botswana, Malawi, Mauritius, Mozambique, Namibia, Swaziland, Tanzania, Zambia and Zimbabwe traveled in six teams led by Solidarity Center staff members, who were also credentialed election observers, to polling places in several provinces and Harare to observe election processes and collect data for a joint report.

“We haven’t witnessed any difficulties and no cases of violence or injury in the polling stations we have visited,” said delegation member, Cosmas Mukuka, Zambia Congress of Trade Unions (ZCTU) secretary general, and deputy vice president, SATUCC, on Monday.

This election is Zimbabwe’s first since long-time ruler and head of the ZANU-PF party, Robert Mugabe, was removed by his own party and replaced by Emmerson Mnangagwa. Nelson Chamisa, leader of the main opposition party, the Movement for Democratic Change (MDC), was endorsed by the ZCTU. During previous elections, the government was accused of maintaining its hold on power through rigged elections and violence against supporters of the opposition party.

Full election results are not due until later this week. Both the ruling party and the main opposition party are declaring victory.

“Every Zimbabwean is hoping for better days to come,” said Peter Mutasa, president of Zimbabwe Congress of Trade Unions (ZCTU) and General Secretary of Zimbabwe Banks and Allied Workers Union prior to the election.