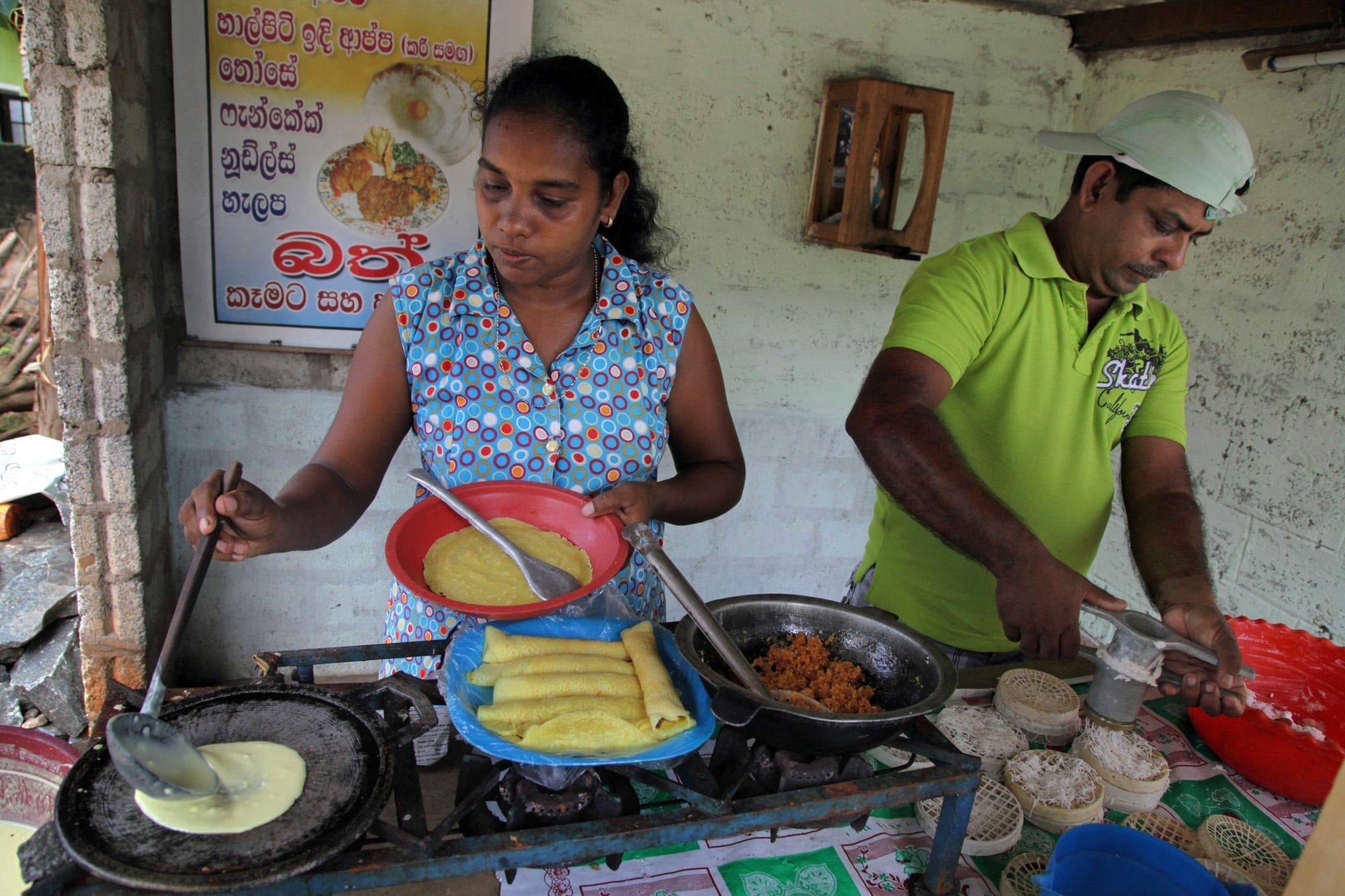 The 2009 end of Sri Lanka’s civil war was an opportunity for workers to return to the security and protections of the formal economy, which had been destabilized by 26 years of violence. However, a new Solidarity Center survey finds that peace has yet to bring the hoped-for economic gains to workers in Jaffna, the capital of Sri Lanka’s Northern Province. The survey’s findings on working conditions are especially important because the exploitation of workers is not only a setback for healthy industrial relations in Sri Lanka’s economy, but has the potential to aggravate social tensions and interfere with the ongoing process of peacebuilding.

“The bulk of the workers in Jaffna are in low-paid jobs with minimal labor standards, social protection and security of tenure, which are not conducive to creating sustainable livelihoods,” according to the summary.

“A key element to address conflict is equal treatment under the law,” says Tim Ryan, Asia regional program director at the Solidarity Center, who presented the survey’s findings during a recent discussion of the report at the National Endowment for Democracy (NED) in Washington, D.C.

According to Ryan, the survey seeks to provide economic data on workers in Northern and Eastern Sri Lanka that go beyond employment statistics. “Are they finding ways to both protect their rights under the law? Are laws and standards being equitably enforced?”

Despite worker-friendly Sri Lankan legislation like the Employees’ Provident Fund (EPF), an  employer-funded government social security that has existed for decades, the Solidarity Center’s survey shows a majority of workers—76 percent—do not have the labor rights they are legally guaranteed due to a lack of enforcement. Of that percentage, only 22 percent of female respondents and 46 percent of male respondents say they receive what they are owed by the EPF.

The gendered difference in access to social protections is only one example of a trend persistent throughout the survey’s results, which suggests that female workers are disproportionately disadvantaged under the current conditions. A large wage gap exists between male and female respondents, including between employees doing identical work. The rate of female unemployment is nearly double that of male unemployment. And more than 80 percent of female respondents say they are unaware of their right to overtime benefits, compared with 49 percent of male respondents.

More such initiatives are needed. Although Sri Lanka is a member of the International Labor Organization (ILO), the survey confirms that more progress is needed to move the country toward the goals outlined in the ILO’s agenda for decent work. While ongoing tension and inequalities in Sri Lankan politics complicate the protection of worker rights through legislation, workers’ organizations like trade unions can help hold employers accountable to their employees and bring Sri Lanka in line with the standards of the international community.

“Workers in Post-Civil War Jaffna: A Snapshot of Working Conditions, Opportunities and Inequalities in Northern Sri Lanka” was made possible through a NED grant.