‘Women’s Voices Can No Longer Be Silenced’ 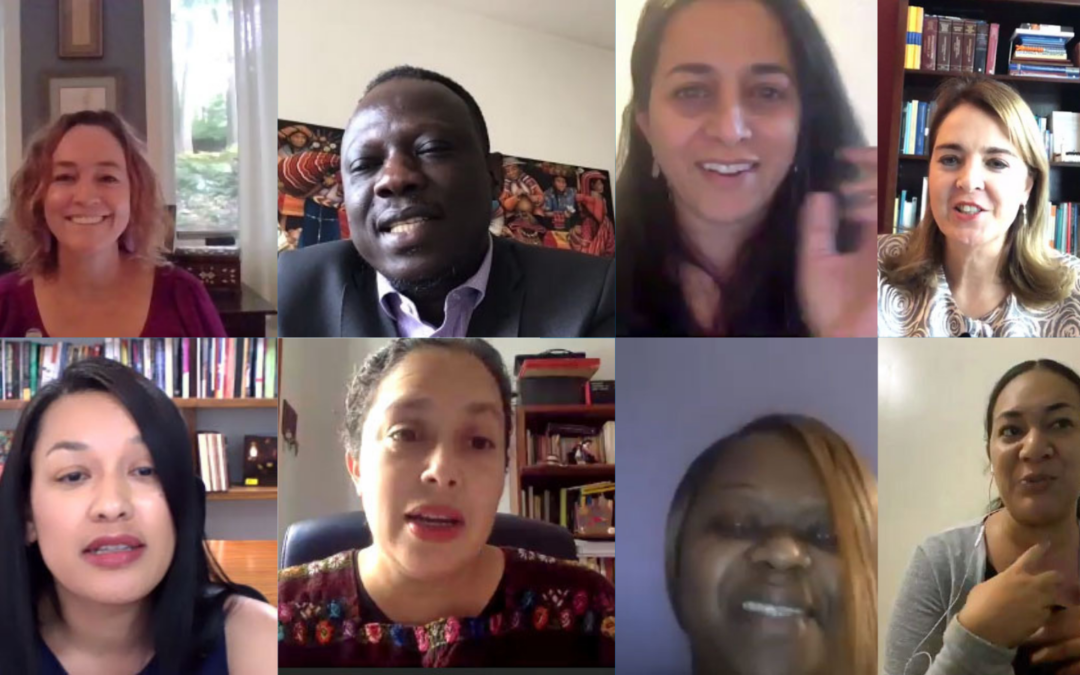 Even as gender equality and women’s fundamental rights are under attack around the world, women activists and their unions and organizations are standing up to the challenges and pushing back, panelists said yesterday during the launch of a landmark report, “Celebrating Women in Civil Society and Activism” with Clément Voule, United Nations Special Rapporteur on the rights to freedom of peaceful assembly and of association.

“Women around the world are building economic power by exercising freedom of association and assembly,” said Solidarity Center Executive Director Shawna Bader-Blau. “Unions and the right to collective bargaining is one way we fight back.” (Watch the event here.)

“Courageous women and organizations are pushing back,” said Bahia Tahzib-Lie, Netherlands Ambassador for Human Rights in her opening remarks. “They make clear that women’s voices can no longer be ignored or silenced.”

The virtual side event, co-sponsored by the Solidarity Center, brought together women civil society leaders from around the world to discuss the findings of the report, prepared by Voule, who is presenting the report to the UN General Assembly this week.

“Women’s organizations and movements and their contribution to activism and civil society continued to be undervalued,” Voule said, highlighting one of the report’s key findings. Their ability to freely form unions and associate is key to their ability to create positive change, according to the report. Yet these rights increasingly are being violated, he said.

“Women are 50 percent of the population” but are often targeted by harassment and other forms of violence when they seek to form unions to improve their workplaces, he said, one of the  report’s many findings informed by the experiences of many Solidarity Center partners. 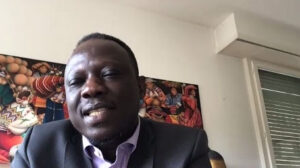 Crucially, the report finds that gender-based violence and harassment (GBVH) is “perhaps the fiercest form of reprisal to the exercise of the rights to freedom of peaceful assembly and of association for women workers.”

Gender-based violence begins at home for women and continues to all aspects of public space: “to the streets and the workplace and the public sphere,” said Voule, and COVID-19 lockdowns have worsened the violence women face at home.

The pandemic also has increased the violence women face at work, said Bader-Blau. But a new treaty the International Labor Organization approved last year creates the fundamental right to be free from violence and harassment at work by addressing the root causes of gender-based violence which often also involve race, ethnicity and gender identity.

The treaty, Convention 190, “demands employers and governments make real changes,” she said. “The treaty calls for employers to negotiate directly with workers. No longer can we look at workplace as the private sphere of the employer where workers give up their rights.” 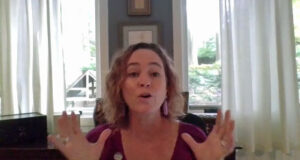 Unions and the right to collective bargaining is one way we fight back”—Shawna Bader-Blau.

Unions and other activists are campaigning for their governments to ratify C190, a difficult process, but one that creates the opportunity for coalition building and cross-movement building among unions, feminist organizations and our allies, said Bader-Blau.

Voule also pointed out how the pandemic has been used to limit the space for civil society, with women especially targeted. “COVID-19 has increased criminalization of women’s rights organizations and harassment against women exercising their rights to peaceful assembly and association with worrisome reports on the misuse of emergency measures, application of criminal laws or limiting public gatherings.”

This year marks the 25th anniversary of the Fourth World Conference on Women and UN adoption of the Beijing Declaration and Platform for Action on advancing women’s rights, a landmark panelists said should be celebrated, but also reinforced and built upon. 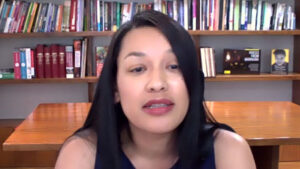 World leaders are now talking about gender equality, but only due to the efforts of grassroots women activists, says Nicolette Naylor.

“Over the last 25 years, we have gone from zero laws, zero resolutions to over 120 laws and resolutions to protect gender equality,” said Nicolette Naylor at the Ford Foundation. “It shows us that progress is possible. This is thanks to women on the ground pushing for change. It’s because of the mobilization of women’s rights organizations and feminists on the ground.”

Making progress on ending gender inequality means involving women and ensuring their voices are heard, according to panelists who reinforced the report’s recommendations that “effective strategies to address violations of women’s rights to freedom of peaceful assembly and association should be grounded in supporting and empowering women’s movements and organizations in all their diversity.”

“Many women on the ground led the way. Now we need to create more space for women to get places they deserve so they can push forward these agendas,” said Mireille Tushiminina from the Cameroon Women’s Peace Movement. “To hold our governments accountable, we need to be part of the conversation. Women are at the forefront and need to be in the conversation.”

Uma Mishra-Newbery at the Women’s March Global moderated the panel, which also included Marusia López from the Mesoamerican Network of Women Human Rights Defenders and Masina Fusi at Her Voice.