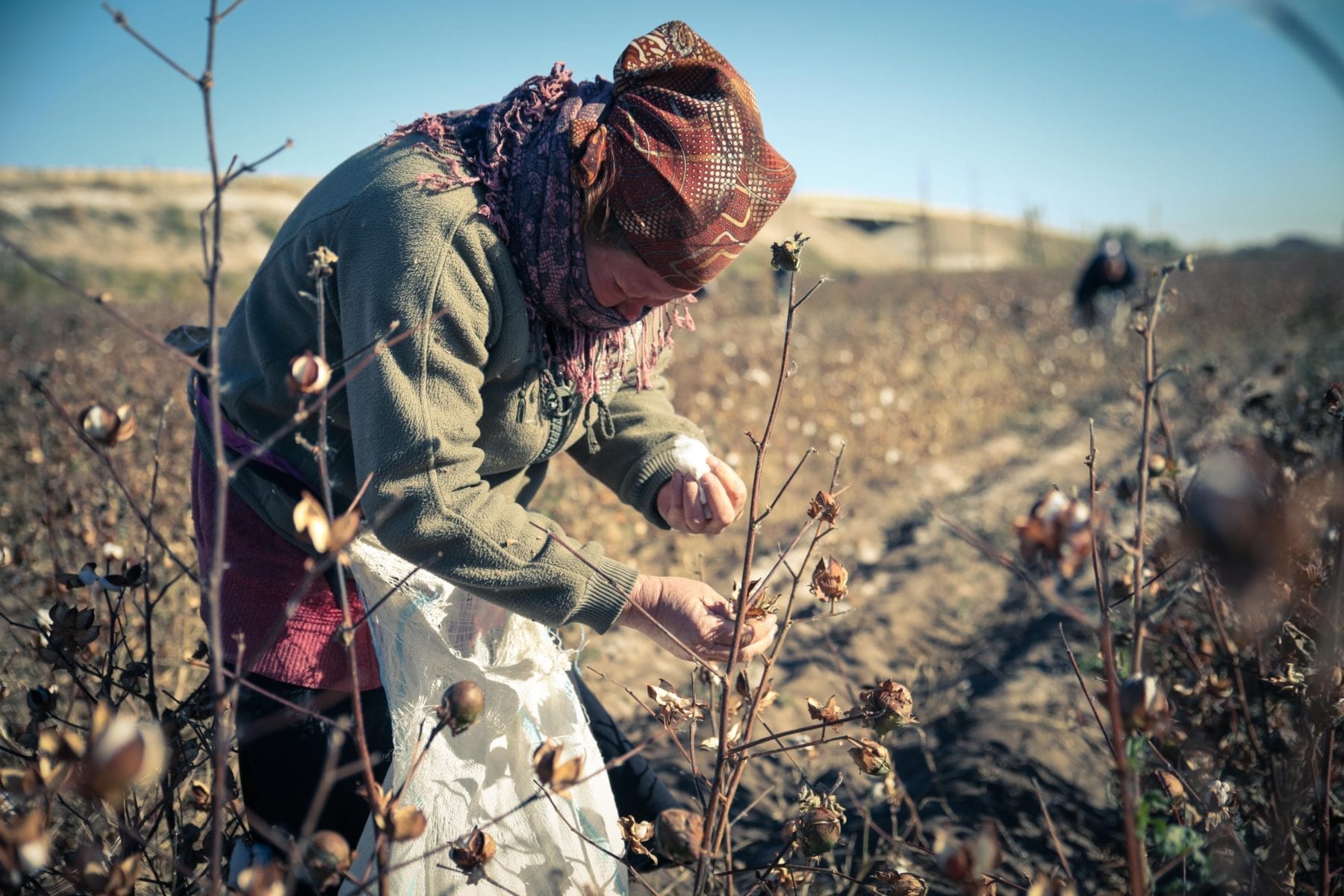 In the past month, journalists and human rights activists in Uzbekistan have been arrested, interrogated and even beaten for documenting conditions of forced labor and raising awareness among workers about their rights during the country’s annual cotton harvest.

Every year, Uzbekistan mobilizes more than 1 million workers to pick cotton through a coercive system of forced labor. Most of those forced to work are students, teachers and health care workers, whose work, studies and services are disrupted for up to two months so they can pick cotton for the state.

From September through October, many schools and universities in Uzbekistan shut down, while health clinics and hospitals are understaffed or even closed as most of their employees are bused into rural areas to pick cotton.

“The cotton harvest policy is getting worse. It is not like it was before,” says one student in Jizzakh, explaining that now even high school students are helping with the harvest.

Political uncertainty following the death of President Islam Karimov and a poor growing season have made this year’s forced mobilization of workers “particularly aggressive,” according to the Uzbek-German Forum.

The government has set impossibly high production quotas—40 tons of cotton per district, when some districts only produce 10 tons per season. The attempt to maximize production is bad news for workers, who must face long hours in the fields harvesting more than 100 pounds of cotton per person every day.

Human rights activists have been going into the fields, distributing leaflets about worker rights and taking pictures to document working conditions during the mass mobilization. The Uzbek-German Forum reports that several activists have been detained and harassed by police.

With annual revenues of more than $1 billion—almost all the earnings going to the central government—cotton is one of Uzbekistan’s chief exports, feeding into global supply chains that produce textiles and garments around the world. In fact, much of the cotton is shipped to Bangladesh, where garment workers often toil in unsafe conditions for low wages.

Workers report that living conditions during the mass mobilization are abysmal. They tell monitors working for the Uzbek-German Forum they work upwards of 12 hours a day and often are forced to pick cotton late into the night in the glare of tractor headlights. They are housed in empty, poorly insulated schools, where they must sleep on a cold floor without access to showers or bathroom facilities.

Those forced to toil in the cotton fields are expected to pick between 100 and 200 pounds of cotton per day, for which they are told they will receive between 120 and 150 Uzbekistani Som (less than 5 cents) per pound. Many workers report not receiving these wages and in fact, spend much of their own money buying warm clothes, decent food and transportation to the fields. Preparing for the harvest puts some workers, particularly students, into debt.

(For updates on the 2016 cotton harvest, follow From the Fields, a blog by the Cotton Campaign, a coalition of labor and human rights organizations that includes the Solidarity Center.)

Many workers worry about what will happen if they get sick during the harvest, because they have neither enough money nor proper access to health care. At least one person has already died this harvest season, and one woman suffered a miscarriage after being forced to work while six months pregnant.

Before the harvest begins, workers are coerced into signing statements of voluntary participation that the government uses to deny accusations of forced labor. Students, doctors and teachers say local officials threaten to punish them if they refuse to sign the statements. Students risk getting kicked out of university, while health care workers and teachers are told they will lose their jobs if they do not participate “of their own free will.”

Uzbekistan was recently downgraded to the lowest ranking in the U.S. State Department’s 2016 Trafficking in Persons Report.

The government of Uzbekistan advertises cotton as a symbol of national pride, but as one student who toiled this year picking cotton says, “You work like a slave from morning ’til night. I have no strength left.”