Uzbekistan among 13 Countries at Bottom of Child Labor Report 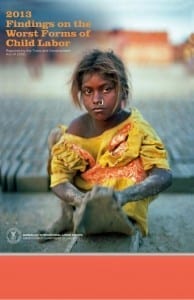 In Uzbekistan, empty classrooms and children working in cotton fields during the annual fall cotton harvest contributed to the country’s ranking as among those with the worst forms of child labor in the world, according to a report released yesterday by the U.S. Department of Labor.

The annual “Findings on the Worst Forms of Child Labor” placed Uzbekistan among 12 other countries at the bottom of the report’s rankings and one of three, along with the Democratic Republic of Congo and Eritrea, that received the assessment as a result of government complicity in forced child labor.

The report assesses efforts by more than 140 countries to reduce the worst forms of child labor and indicates whether countries have made significant, moderate, minimal or no advancement over the previous year. Thirteen countries were cited as making significant advancement, compared with 10 countries in last year’s report. Among them: Brazil, Ecuador, El Salvador, South Africa and Tunisia.

Through a detailed country-by-country description, the report includes data on children’s work and education, national laws and regulations regarding child labor and other key information. Globally, 10 percent of the world’s children—168 million children, of whom 85 million labor in hazardous work—toil in factories, mines and farms, unable to attend school.

A list of goods produced by child or forced labor also is included as part of the report, which this year is dedicated to retiring Rep. Tom Harkin (D-Iowa). Harkin, a champion of worker rights, has long led the fight to end child labor globally, and spearheaded legislation in 2000 that mandated compilation of the annual “Findings of the Worst Forms of Child Labor.”