Up to 6,000 Zimbabwe Workers Fired After Court Ruling 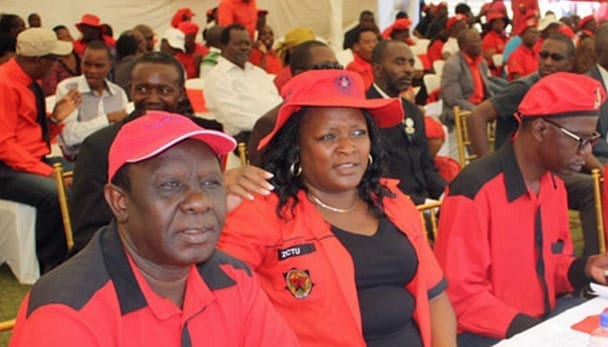 Up to 6,000 workers have been terminated over the past week in Zimbabwe, following a Supreme Court decision stating that companies can now unilaterally end workers’ contracts at any time, without offering them layoff benefits, by giving them three months’ notice.

The mass job cuts “are part of a scramble by companies to fire workers without benefits as they capitalize on last Friday’s Supreme Court ruling,” according to one news source.

“The onslaught is ongoing and from the low-ranking workers, companies will target the middle managers,” says Zimbabwe Congress of Trade Unions (ZCTU) Secretary General Japhet Moyo. “No one is safe in this except shareholders.”

The ZCTU is asking Zimbabwe President Robert Mugabe to take immediate steps to halt the terminations. The government said it plans to amend the relevant provisions of the Labor Act to address the crisis, but that process is too lengthy, says ZCTU. A local Zimbabwe news source reports that the government is appealing to employers to exercise maximum restraint in terminating contracts of employment on notice.

More than 72 percent of Zimbabweans live in poverty, and the vast majority of the country’s nearly 15 million people are not employed in the formal economy. Some 94 percent of those age 15 years and older who are employed work in the informal economy,  according to the Zimbabwe 2014 Labor Force Survey.  Rather than creating opportunities for stable, decent jobs in the formal sector, the ruling creates further economic destabilization.

The Supreme Court of Zimbabwe ruling came in a case brought by Kingstone Donga and Don Nyamande, who cited unfair dismissal and contract termination by their former employer, Zuva Petroleum. The employees argued that the Labor Relations Act had abolished the employer’s common law right to terminate an employment contract on notice. The court agreed with the employer.

In another landmark decision, the Supreme Court ruled yesterday that employers could withdraw housing, school fees and other allowances unless they were part of an existing collective bargaining agreement because they are not mandatory. Preliminary reports indicate that the ruling may result in the withdrawal of worker allowances across the country.

“There is a genuine fear that these rulings are taking labor relations in the country back more than 30 years, eroding all the progress made since independence from Britain in 1980,” says Ashbel Musaringo, Solidarity Center senior program officer in Zimbabwe. “Provisions of the Labor Act are being overridden by these Supreme Court rulings leaving workers completely at the mercy of employers.”