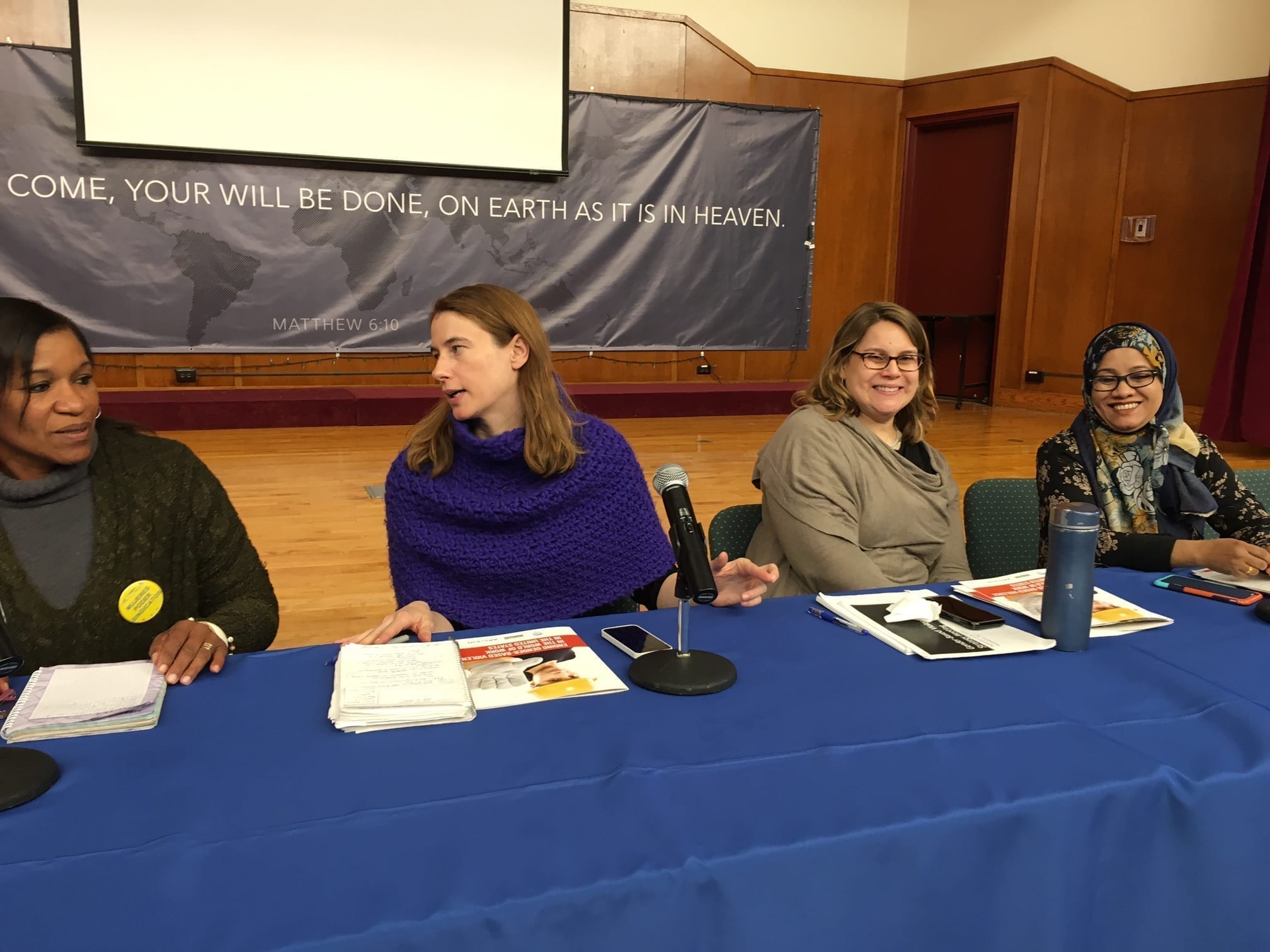 Gender-based violence at work is far more prevalent than reported and ending it will require women coming together to challenge male-dominated structures—whether in corporations, governments or their own unions, according to leaders and experts from a variety of unions and nongovernmental associations (NGOs) speaking yesterday in New York City. 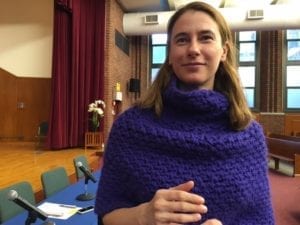 McCoy was among participants on two panels Monday that focused on gender-based violence at work, part of events the Solidarity Center and its partners are holding in conjunction with the March 13–24 meeting of the United Nations Commission on the Status of Women (CSW).

Hundreds of high-level government delegates at the CSW will for the first time discuss women’s economic empowerment and the role of labor unions as core to achieving women’s rights—a huge milestone for working women around the globe in achieving recognition of their workplace struggles by the world’s human rights body—and one that worker rights organizations like the ITUC and Solidarity Center have long championed.

Panelists at the Solidarity Center session, “Eliminating Gender-Based Violence in the World of Work,” explored how unions enable workers, especially women workers, to speak up when experiencing sexual harassment and other violence on the job by providing a network of peer support. 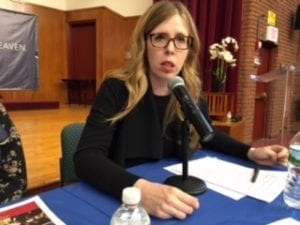 “Workers having the resources and the community of support is something most workers don’t have,” said Julia Rybak, director of the New York Hotel Trades Council. “The absolute most important thing is that we organize for worker power.”

“There are extraordinarily high rates of gender-based violence against women at the workplace,” said Robin Runge, a lawyer who represented survivors of violence and abuse for more than 20 years. Runge is author of the new report, “Ending Gender-Based Violence in the World of Work in the United States,” written with support from the AFL-CIO and Solidarity Center.

Women Empowering Themselves through Unions 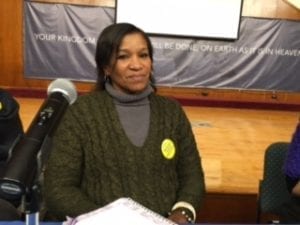 “Only by organizing can we get out of situations I faced when I was 12 and protect other domestic worker”—Ernestina Ochoa Lujan, IDWF. Credit: Solidarity Center/Tula Connell

Several panelists recounted their own experiences with workplace-based violence. Ernestina Ochoa Lujan, a domestic worker and vice president of the International Domestic Workers Federation (IDWF), began work as a domestic worker in Peru at age 11. At age 12, she was attacked by her employer.

“Only by organizing can we get out of situations I faced when I was 12 and protect other domestic workers.” 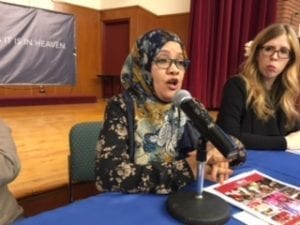 “We have to think about all those workers whose voice is not here”—Kazi Fouzia, DRUM. Credit: Solidarity Center/Tula Connell

Panelists and some of the several dozen audience members who spoke during a question and answer period described widespread violence against women workers—in Algeria, Argentina, Colombia and wherever women work and in whatever sector they are employed.

“We have to think about all those workers whose voice is not here,” said Kazi Fouzia, director of organizing at the New York-based Desis Rising Up and Moving (DRUM) organization, a 4,000-member worker association that includes primarily women in the informal economy.

“It’s important we go to the governments to make sure they support an ILO convention. We need a critical number of governments to move it forward,” said Marieke Koning from the Equality department at the International Trade Union Confederation (ITUC). The ITUC sponsored the panel, “Stop Gender-Based Violence (GBV) in the World of Work Campaign: How to Support an ILO Convention.” 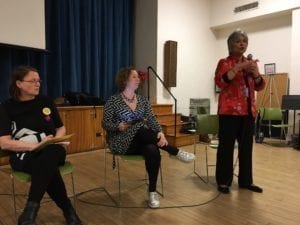 Koning was joined by Amrita Sietaram from the ILO ACTRAV section, who described the process of creating and passing a convention to end gender-based violence at work, which she says has moved forward because of the efforts of the ITUC and global union federations. The ILO will discuss a draft text in June 2018 and unions, employers and others have from May to September this year to comment on the draft text.

Sietaram also described significant “employer resistance to a gender-based violence at work convention,” and noted that discussions will determine whether the final product is a “convention”—which governments agree to follow, or a “recommendation,” a weaker outcome that provides direction.

Speaking from the audience, IDWF General Secretary Elizabeth Tang described how domestic workers around the world worked for years to achieve 2011 passage of ILO Convention 189 covering domestic workers—and how the union has begun to reproduce those steps to move passage of a convention to end gender-based violence at work.

Join the ITUC campaign to end gender-based violence at work.