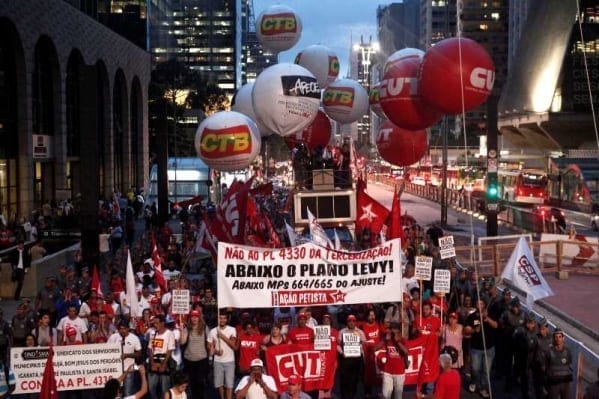 Brazil lawmakers have postponed a vote on a bill that would expand job outsourcing after a series of union-led protests drew tens of thousands of workers to streets across the country. The law would allow public and private employers to contract out all jobs, enabling employers to replace workers who have direct employment contracts with employees who could be paid up to 25 percent less. Some 12 million Brazilians already are employed as outsourced contractors, principally in cleaning and security services.

During similar protests on April 7, military police in Brasilia, the capital, blocked union members from entering the spectators’ gallery of the Congress, detaining four people and injuring eight others, according to the global union IndustriALL.

Lawmakers are expected to take up the bill next week.