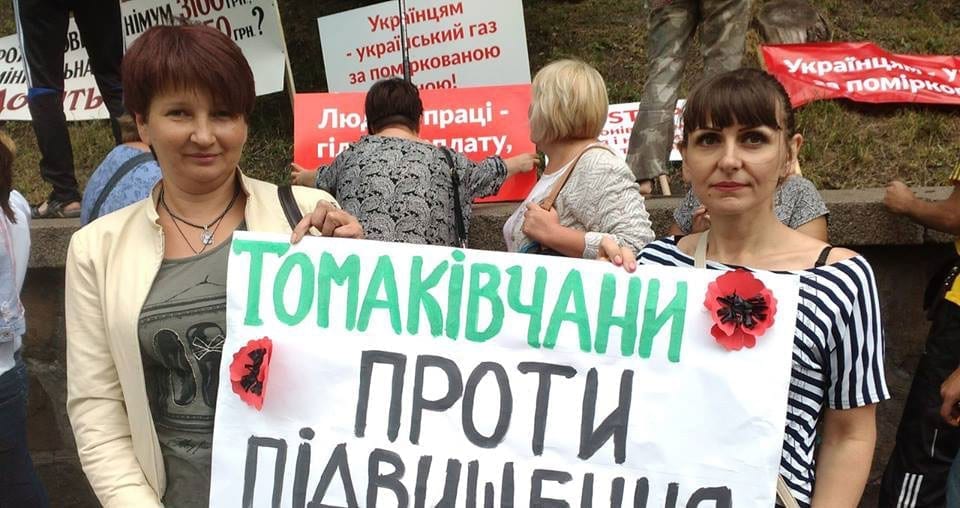 In Ukraine, low- and middle-income families already pay 10 percent to 15 percent of their annual wages to cover home heating and utilities. The rate increases, which will more than double home utility bills, have created a public backlash as many people across the country fear they may not be able to afford to pay additional charges.

A coalition of major unions organized the march. The unions have asked that the government negotiate on the rate increases or raise minimum wages—efforts that have so far proven unsuccessful.

“Instead of dialogue with the unions, the government has once again put the economic burden of reforms on to the shoulder of average Ukrainian citizens,” says Mykhailo Volynets, president of the Confederation of Free Trade Unions of Ukraine. “This only contributes to the further impoverishment of the Ukrainian people and the growing risk of social tensions.”

Ukraine Unions’ Protest among the Largest

The July 6 protest was one of the largest street demonstrations the capital has seen in the past two years. Protests and trade union actions, including strikes, are growing in frequency as austerity reforms, including new taxes on public pensions and delayed retirements, take hold in the country.

“There is a real sense of popular frustration across Ukraine now,” says Solidarity Center Ukraine Country Program Director Tristan Masat. “Working people are facing increasingly dire economic consequences due to the austerity measures. They understand there will be hard times, most are even willing to sacrifice, but they don’t want to pay the bill for past and ongoing corruption at the top. Reforms have to be seen as fair.”