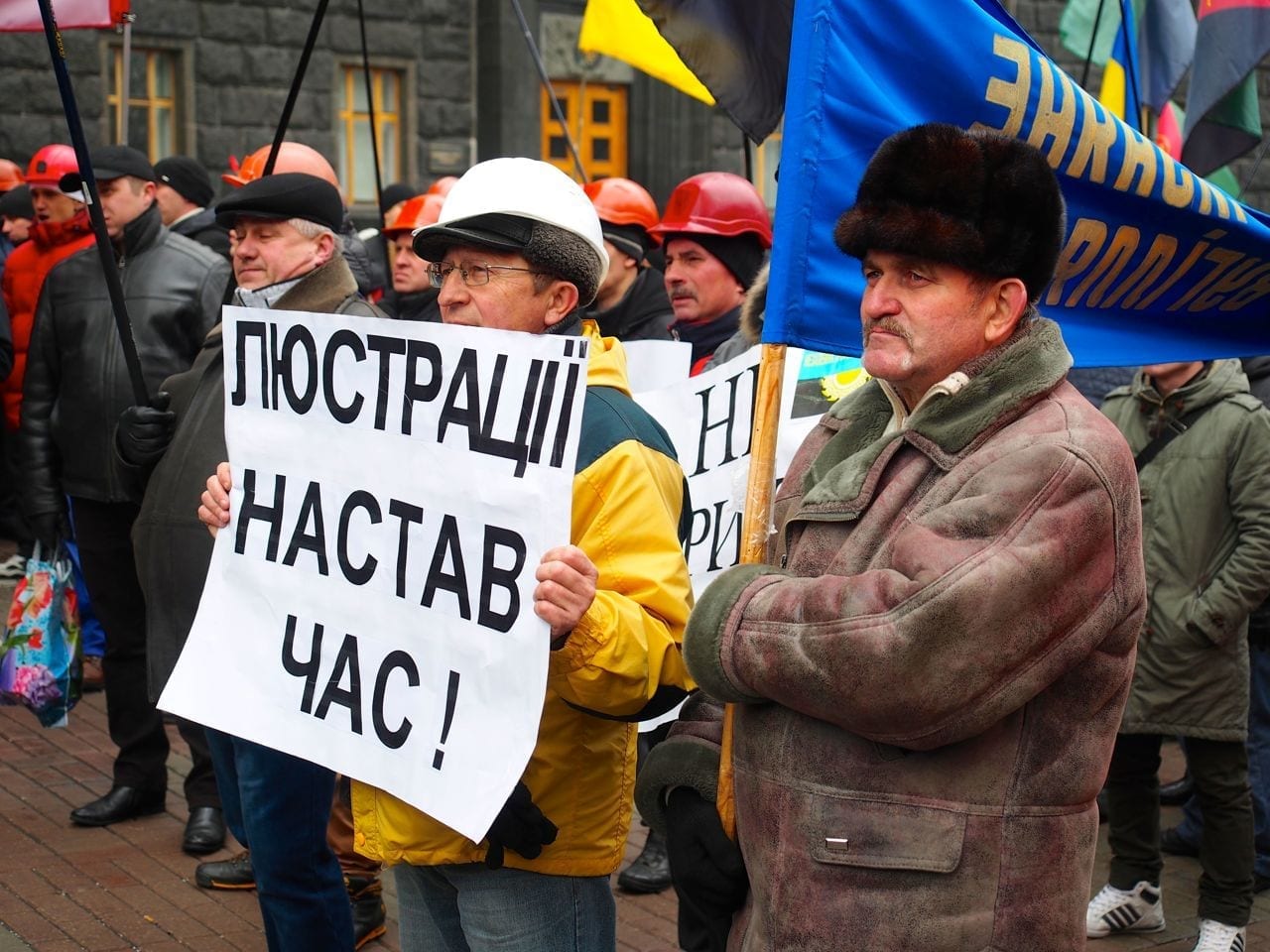 Launched in late 2013, the Labor Initiative drew more than 3,000 people to some 200 educational and community events in its first year. A project of Ukrainian trade unions and the Solidarity Center, the Kiev-based Labor Initiative now averages between eight and nine legal consultations and referrals per day. Allies include local Ukrainian trade unions from health care, education, mine working, construction, the informal economy and other sectors.

“The center has been an important improvement for us, for our capacity to support workers,” says Veniamin Tymoshenko, union activist and vice president of a national aviation crew union.  “We have been able to rely on legal support on several key cases that helped us mobilize workers, fight corruption and press for democratic reforms.”

Most recently, the center has been assisting mineworkers displaced by fighting in eastern Ukraine, along with ongoing legal support to active mineworkers.

In one recent case, the center helped an injured mineworker obtain proper disability classification, enabling him to receive ongoing compensation. Despite his worsening condition, the mineworker had not been certified to receive assistance. Trade union leaders say that disability claims in Ukraine often are not honored because medical officials may work closely with employers who offer them financial payments to deny worker disability claims.

Wage theft and illegal firings are the most frequent workplace issues. An ongoing case involves a worker at a large auto parts company who was hired by a subcontractor and realized she was not receiving her full wages because her pay was off the books—the “double envelope” system widespread in Ukraine. When the worker brought the issue to tax authorities, the tax office warned her it likely would not inspect the company and, if it did, she would be charged with tax avoidance and fined.

Both union and nonunion workers can receive legal consultations through the support of the center’s network of labor attorneys. In addition, the center and Solidarity Center staff provide policy and research assistance to Ukrainian unions. The Labor Initiative gets the word out about its services by distributing pamphlets to union offices and at union meetings across the country, and also advertises its legal aid services in high traffic areas, such as on public transportation.

The center has become a community and education hub, hosting events seven days a week, providing a space for union and community group meetings and a weekly labor and social justice film club.

Unions are at the center of reform efforts in the country, and the Labor Initiative offers a key space where workers not only can receive individual workplace assistance but also join to collectively champion democracy.