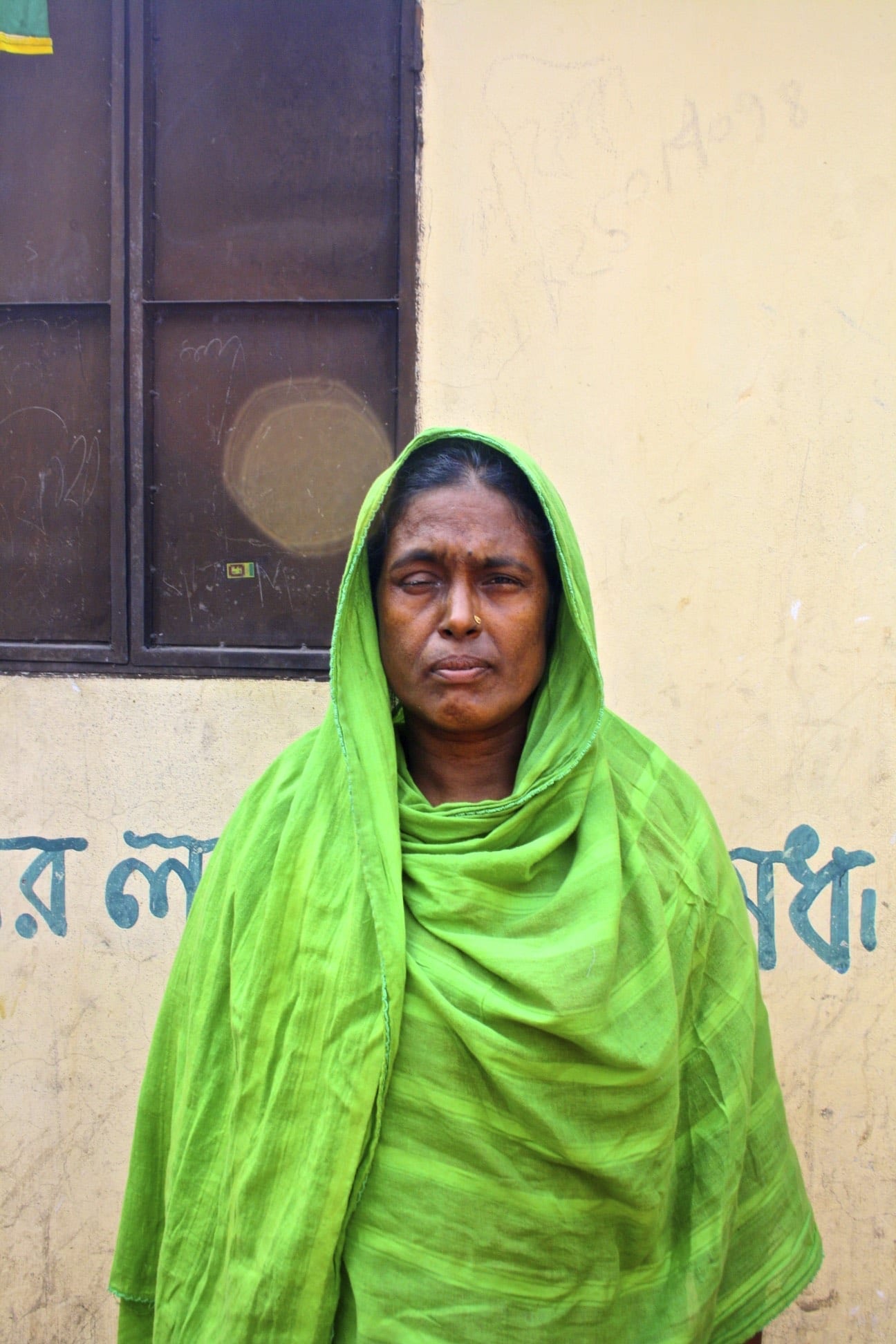 November 24 marks the two-year anniversary of the deadly fire at Tazreen Fashions Ltd. in Bangladesh that killed 112 garment workers. Since then, at least 30 garment workers have died in factory fires and 844 have been injured in 68 incidents, according to data collected by Solidarity Center staff in Dhaka, the capital. Many of the survivors and their families say they have received little or no compensation, and many survivors are unable to work again.

“Things are getting much, much worse for me,” said Shahanaz, who sustained critical injuries, including loss of vision in her right eye, while fleeing the burning building. “With all of the pain I am in, I can no longer pray while standing.”

Shahanaz is one of nearly a dozen garment workers and family members the Solidarity Center profiled last year. Solidarity Center staff in Dhaka recently visited the workers again, and found that, like Shahanaz, their health and financial situations have deteriorated.

Five months after the Tazreen fire, another 1,100 garment workers in five factories were killed and another 2,500 people were injured when the Rana Plaza building collapsed.

Millions of garment workers, up to 90 percent of whom are women, have made Bangladesh the second largest producer of apparel globally, and 80 percent of the country’s foreign exchange depends upon the industry. Garment workers have toiled for decades in hazardous working conditions with few worker rights. After the Tazreen and Rana Plaza disasters shocked the world, these worker rights violations could no longer be ignored.

Following the Rana Plaza collapse, the United States suspended its Generalized System of Preferences (GSP) agreement with Bangladesh based upon chronic and severe labor rights violations. In the weeks after the suspension, the Bangladeshi government dropped charges against two prominent garment union leaders. It has since registered more than 200 unions representing more than 50,000 workers. By contrast, only two garment unions were registered between 2010 and 2012.

Yet some 25 percent of new unions are in factories that have closed or are inactive due to anti-union activities, according to Solidarity Center data. Further, in at least 46 factories with unions, workers have faced severe anti-union violence, mass terminations and/or threats.

International retailers have joined together in two separate groups to improve safety at factories where they contract work. More than 175 international retailers signed on to the Bangladesh Accord on Fire and Building Safety, a legally binding agreement negotiated with the global unions, IndustriALL and UNI. Another 26 primarily U.S. and Canadian companies signed the Alliance for Bangladesh Worker Safety, which is not legally binding. After inspecting some 1,700 of Bangladesh’s 5,000 garment factories, the Accord and the Alliance identified 33 factories in which safety issues are so serious that they recommended production be suspended because of the risk to workers.

However, questions remain about who will pay for the cost of repairs and who inspects the remaining factories that neither the Accord nor Alliance says are their responsibility. The Accord and Alliance claim 1,800 factories are under their purview, but a recent study estimated the total number is between 5,000 and 6,000 factories and facilities.

The Solidarity Center has had an on-the-ground presence in Bangladesh for more than a decade. This year, following Solidarity Center fire safety trainings, garment workers have used their new skills to identify and correct problems at their worksites. Joni and Rabeya, president and general secretary of B. Brothers Garments Co. Ltd. Workers Union, found 15 expired fire extinguishers and located electrical hazards in their factory, such as faulty electrical wiring. They raised these fire safety issues with management, which has since corrected some of the issues.

Recognizing that workers who freely form unions can better advocate for job safety and decent wages, the Solidarity Center believes there is need for:

• Quick resolution of unfair labor practices by the Bangladesh Labor Department, with penalties for employers who engage in them.