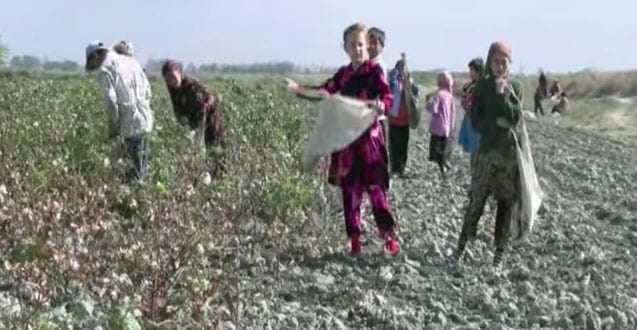 The U.S. State Department boosted the ranking of Uzbekistan in its Trafficking in Persons report, while keeping Turkmenistan at a higher ranking than human rights activists believe is warranted.

Uzbekistan is now on the “Tier 2 Watchlist,” which means the State Department claims its government does not fully comply with the U.S. Trafficking Victims and Protection Act (TVPA) standards but is making significant efforts to become compliant. In its 2014 report, the State Department ranked Uzbekistan as “Tier 3,” a designation that means it does not fully comply with the minimum TVPA standards. Turkmenistan remains on the Tier 2 Watch List.

Noting that in 2014, Uzbekistan “forced more than a million citizens to harvest cotton and farmers to grow cotton, all under threat of penalty,” the nonprofit Cotton Campaign said in a statement that “the Uzbek government continues to operate one of the largest state-orchestrated systems of forced labor in the world.”

“Further, authorities suppress any attempts by citizens to report on these abuses and continue to publicly deny the use of forced labor.”

Last month, an Uzbek human rights monitor says she was arrested and assaulted as she sought to document the Uzbek government’s forced mobilization of teachers and doctors to clear weeds from cotton fields outside Tashkent, the capital.

“The Turkmen government has maintained a dark cloud of secrecy over its human rights abuses for far too long,” says Ruslan Myatiev, editor at Alternative Turkmenistan News. “Turkmenistan may be a small country, but it is the world’s seventh-largest cotton exporter and manufactures garments in-country for major Western brands.”