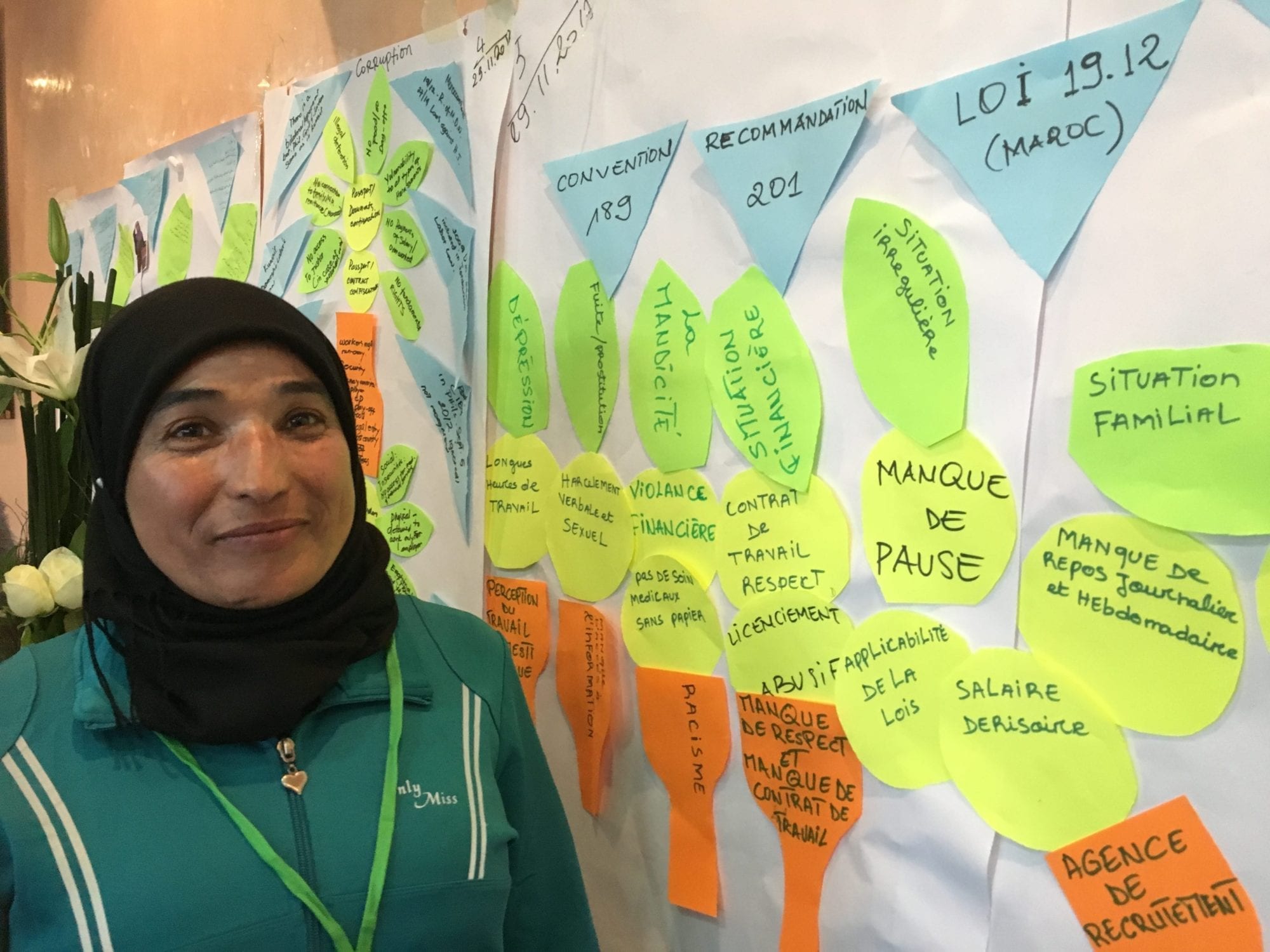 Sorting olives, picking peaches and cultivating fields across a vast agro-industrial complex outside Meknes, Morocco, Hayat Khomssi says women workers like her once did not have access to higher-skilled jobs and leadership positions. But after she and her co-workers took part in Solidarity Center gender equality trainings and other skills-building workshops, more than 1,000 farm workers at the Les Domaines Brahim Zniber farm in 2015 negotiated their first collective bargaining agreement.

“Now we have achieved a similar status to that of the men,” she says, speaking through a translator. “Now women are able to be supervisors, team leaders, and are able to do pruning as well. Now they are equal to men in term of tasks but also in terms of pay.”

This year, International Women’s Day draws attention to the rights and activism of rural women like Khomssi and her co-workers, echoing the priority theme of next week’s 62nd session of the United Nations Commission on the Status of Women (CSW) in New York City.

Celebrated annually on March 8, International Women’s Day this year builds on the current #MeToo movement for women’s rights, equality and justice, with women union activists and their allies holding marches, taking part in social media campaigns and hosting events around the globe to call for gender equality in wages, working conditions, political representation and more.

Morocco farm women will be among several rural women union activists discussing their advancements through gender equality training and collective bargaining on a Solidarity Center panel at the CSW, “Rural Agricultural Women Workers Organizing to Increase Equality and Empowerment.” They will be joined by Ayat Al Bakr, a Jordanian agricultural worker.

Some 564 million women work in agriculture, and those in commercial agriculture are predominantly concentrated in temporary, informal and seasonal jobs, where they receive low wages and few or no benefits, and are exposed to dangerous and unsafe working conditions.

A key part of Solidarity Center gender equality training involves exploring strategies for addressing gender-based violence at work. Gender-based violence (GBV) is one of the most prevalent human rights violations in the world—yet not enough is done to prevent it, especially at the workplace.

Globally, after years of campaigning by workers and their unions, the International Labor Organization (ILO) is negotiating a standard addressing gender-based violence at work. Workers around the world could have access to a binding international standard covering gender-based violence at work after it is finalized. The Solidarity Center is working with the International Trade Union Confederation (ITUC), which is coordinating the global union campaign for its passage. Find out how you can get involved.