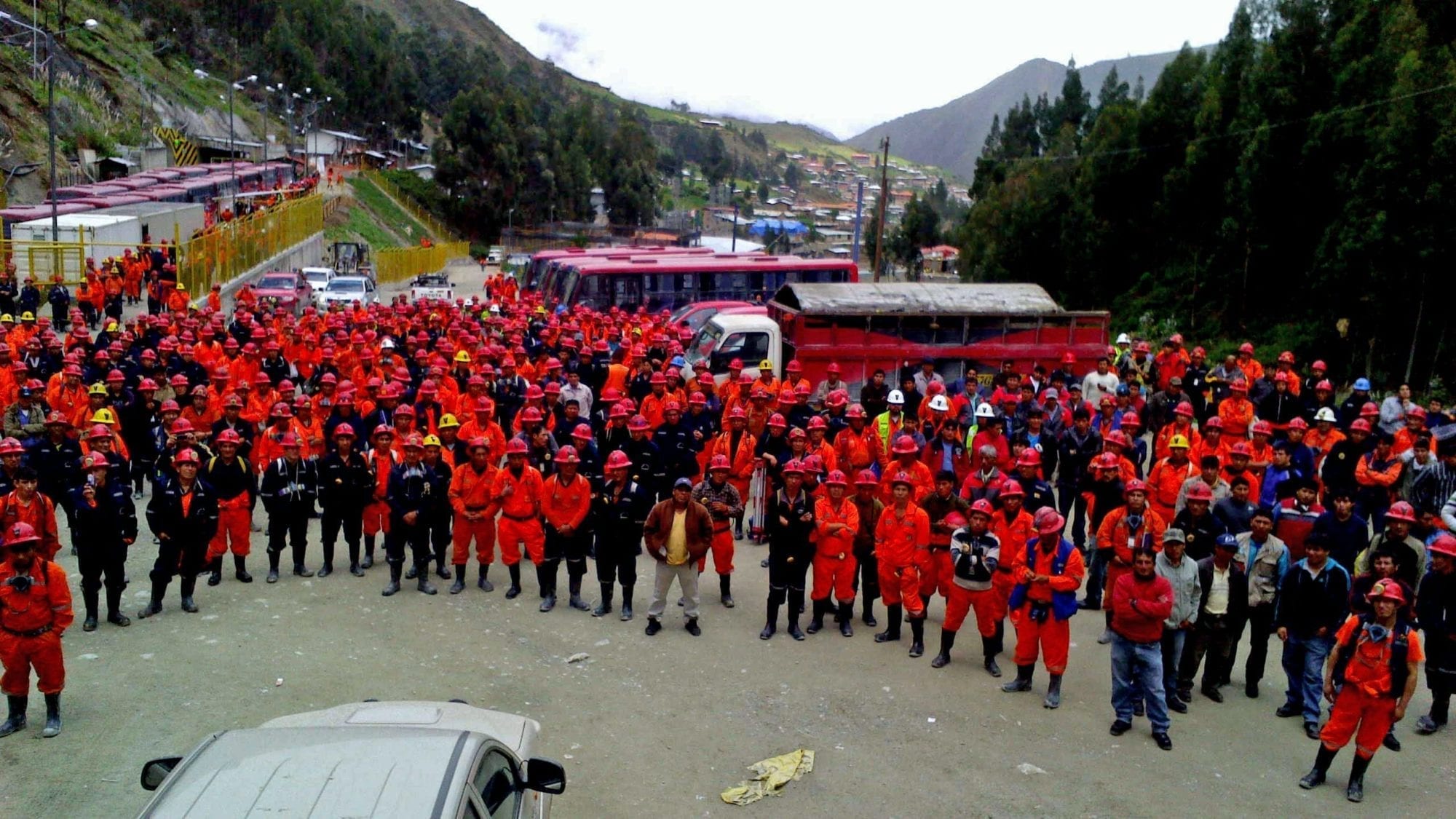 Oscar Muro, Solidarity Center program officer in Peru, reports on his late February fact-finding journey to the Minera Aurifera Retamas (MARSA) mine, where subcontracted mineworkers, represented by a strong union, won a national labor inspection finding that calls for 2,464 outsourced workers to be moved to permanent contracts. The workers subsequently went on a weeklong strike to protest the employer’s appeal of the judgment and a ruling by the regional labor authorities that MARSA should not be fined for misclassifying workers. The national labor inspection office indicates it will return to the mine in a few weeks to ensure the company has correctly classified miners.

Together with Ricardo Juárez, secretary-general of the Federation of Mine and Metalworkers of Peru, and Elder Villalobos, secretary general of the union of workers of the companies of MARSA, I traveled to the mining center in the mountains of La Libertad to attend the union’s extraordinary general assembly. There, the secretary general told the 4,500 workers in attendance that, following mine inspections, the national Superintendent of Labor Inspection had ruled in favor of 2,464 of 4,000 subcontracted workers, stipulating that they become permanent workers. 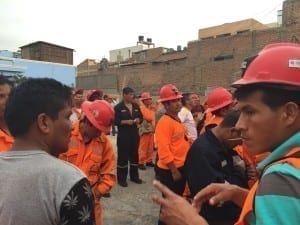 Many MARSA workers have labored in dangerous conditions for up to 20 years, but without a contract. Their “non-permanent” status means their livelihoods are jeopardized if they raise safety issues with their employer, or demand decent wages that allow for a life with dignity.

In January, one miner died on the job, and two miners perished in 2014. In November 2015, there was a deadly radiation poisoning and suffocation incident at the Taurus mine.

Mine is Rich, Yet Residents still Poor
The MARSA mine, 4,000 feet above sea level in the Southern Highlands, produces gold in large quantities and ranks among Peru’s top five gold producers. The journey to MARSA takes more than 14 hours from the northwestern coastal city of Trujillo. To reach the mining center, we had to cross hill after hill on a single-lane road. When our bus encountered a vehicle coming the opposite direction, the vehicles struggled to pass each other on the narrow stone trail. We made the trip to join our co-workers who need us, and thank God, everything went well.

Some 7,000 people live in Llacuabamba, the village where the MARSA mine is located. Despite the wealth beneath their soil, the residents do no benefit from investment, such as proceeds from mining licenses. Instead, their village suffers from poor sanitation infrastructure and is so isolated that residents do not receive newspapers and often do not have access to television because of the weak Internet signal.

Solidarity with Miners
Together with Juárez and Villalobos, we conveyed to the workers that we stand in solidarity with them in their struggle until they achieve victory: worker rights through permanent contracts.

During this journey, we also learned about informal mines in the area, which employ between 3,000 and 5,000 miners. Further, at the nearby Consortium Horizon mine, the more than 4,000 employees have sought to form a union several times, only to see many workers fired. We have much work ahead to assist all of these workers in getting permanent contracts and the safe and healthy working conditions all workers deserve.