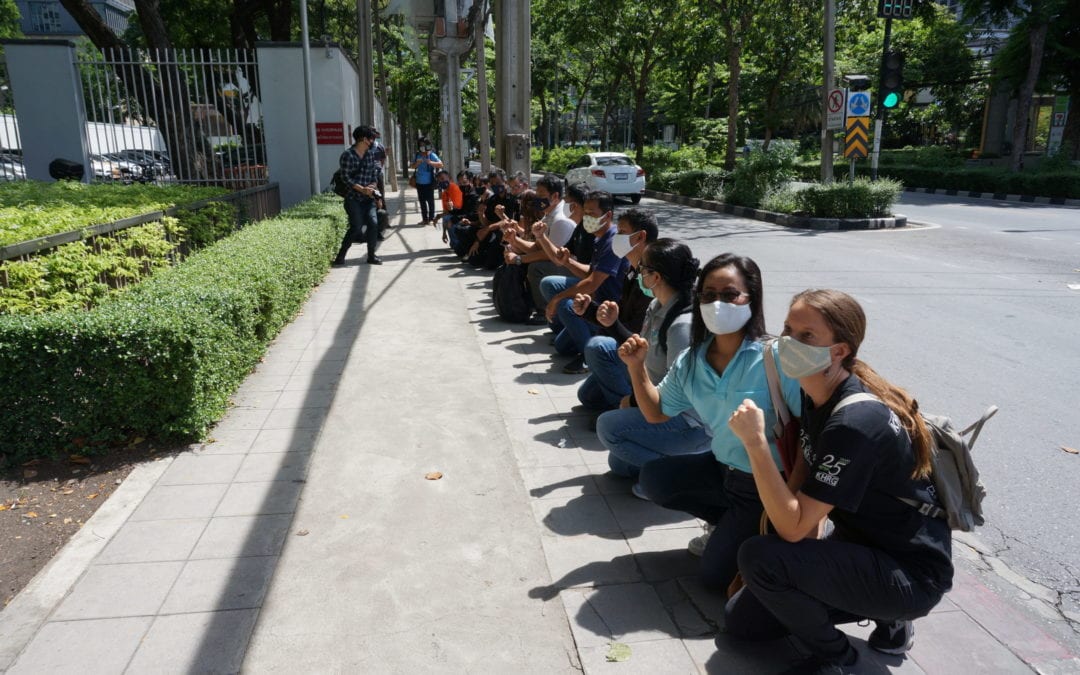 About 50 trade union leaders, staff and members gathered for a rally today to call on the U.S. government to stop police violence, racism and discrimination against black people. The Black Lives Matter rally at the U.S. embassy in Bangkok was organized by the State Enterprises Workers’ Relations Confederation (SERC) and the Thai Labor Solidarity Committee (TLSC). Sawit Kaewvarn, SERC general secretary, led the rally and prepared a letter addressed to the ambassador. Embassy staff greeted Sawit and accepted the letter. “We organized today’s rally to demonstrate our strong support and solidarity with Black Lives Matter,” said Sawit Kaewvarn.

“We call on the U.S. government to stop violence, racism and discrimination against black people, to urgently transform its militarized police force and to adopt public safety measures that are consistent with democratic values and principles. “Although we are very far from these events, still we are touched by the outpouring of protest and solidarity against racism and police brutality. We are also part of the global trade union movement with the AFL-CIO—and we express our fullest solidarity with our union sisters and brothers in the U.S. as well as the American people as they protest for justice and an end to institutionalized racism, wealth inequality and injustice,” he said. Protesters knelt at the end of the rally in honor of Black Lives Matter.