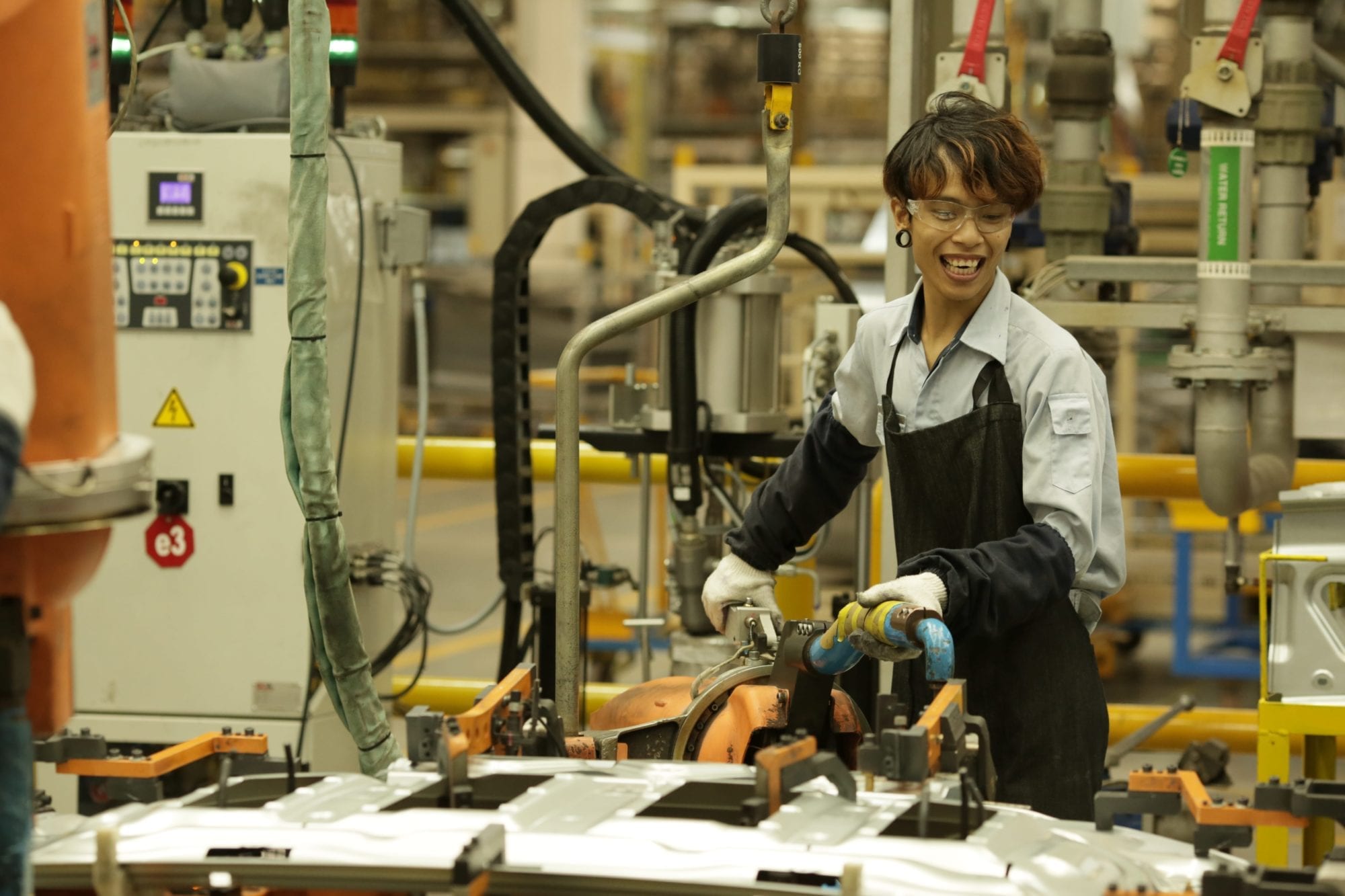 After working several years at an auto parts factory outside Bangkok, Prasit Prasopsuk compared conditions at his workplace with those of a friend employed at a similar plant—and realized his wages were lower and working conditions worse because there was no union representation. 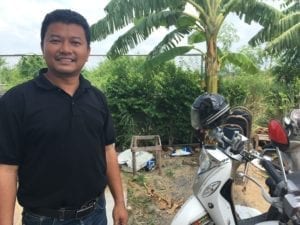 The conversation spurred Prasopsuk to action, and he went on to organize a union in 2007, starting with 200 co-workers whose numbers grew to 1,700 in two years. Now, a 16-year veteran at the factory, where he makes ball bearings, Prasopsuk is treasurer of the 40,000-member Federation of Thailand Auto Workers Union (TAW) and vice president of Thailand Autoparts and Metal Workers Union (TAM), a TAW affiliate. Both unions are part of the Thai Confederation of Electronic, Electrical Appliances, Auto and Metal Workers (TEAM).

Despite his success, Prasopsuk says it is “very difficult” to get workers to form unions in Thailand. Employers dismiss workers they suspect of organizing a union—even though it is against the law—and wield a gamut of other tactics, including forming company unions and taking legal action against workers and unions for such issues as derogatory statements on social media.

Some 525,000 workers are employed in auto parts factories in Thailand, which is the world’s twelfth-largest automobile producer in the world. The country also is a leading producer of hard disk drives, making it a major exporter of high-value goods. Most industrial factories are owned by multinational corporations, and steep competition from emerging low-wage Asian countries like Vietnam drives factory owners’ relentless efforts to cut costs by targeting workers. Some companies are moving factories to other Southeast Asian countries with lower wages. Meanwhile, the government’s stepped up efforts to privatize key sectors is resulting in layoffs and wage cuts. 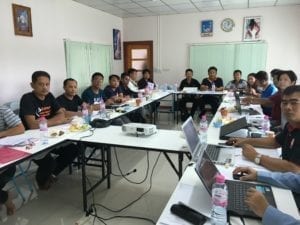 To meet these challenges, unions representing manufacturing workers and public employees have joined forces in a tightly knit network in which they regularly meet to discuss organizing campaigns and legal battles and plan for coordinated actions around issues like raising the minimum wage. Through the Thai Labor Solidarity Committee (TLSC) and Organizing Labor Union Committee, unions also engage in long-term planning around issues such as boosting organizing capacity, expanding outreach to both formal and informal economy workers, and advancing a democratic labor movement in the face of company unions.

Workers ‘Scared to File for a Union’

An hour south of Bangkok, past a traffic-choked highway near the country’s industrialized Eastern seaboard, union leaders gather at the newly-built Workers’ Training Center in Chonburi. Removing their shoes as they enter the spacious main hall which is presided over at one end by a colorful Buddhist shrine and a portrait of the revered late Thai King Bhumibol Adulyadej, activists convene around a table to update each other on the most recent issues facing their unions. 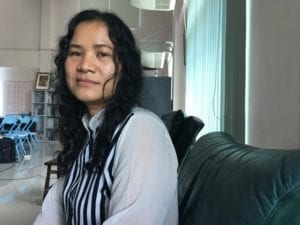 Completed in December 2015 with funds collected by TEAM union activists, the TEAM Workers’ Training Center is a symbolic embodiment of Thai unions’ ongoing struggle to unify and coordinate their efforts. Twenty years ago, no unions represented workers in Thailand’s industrialized Eastern provinces. With the support of partners around the world, including the Solidarity Center, worker activists have formed some 1,000 factory-level unions representing more than 100,000 workers in the area, where corporations from China, Japan and the United States vie for regulatory breaks the Thai government offers to lure private investors into setting up factories in the eastern provinces. Two decades ago, the government created a special economic zone along the Eastern seaboard, transforming it into the “Detroit of Southeast Asia,” according to some union leaders.

Foreign exports, primarily computer hard disks and road vehicles, account for 60 percent of Thailand’s GDP, and last year exports grew by 6.6 percent, the highest in the past four years. With regional competition intensifying, the Thai government is joining with private investors in a $45 billion set of large-scale infrastructure projects in three eastern seaboard provinces that include a new international airport, port facilities, highways and railway links.

The relentless demands for ever lower costs throughout the global supply chain reverberate across industrial plants in Thailand, where Kornchanok Thanakhun, general secretary of the Textile Workers Federation of Thailand (TWFT), says one of the biggest challenges in organizing factory unions is that “the employer dismisses union leaders” as soon as workers become interested in forming a union. 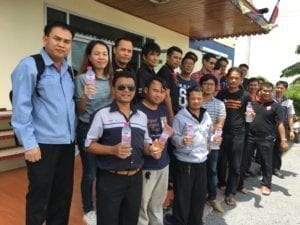 The “process to remedy fired workers takes years, that’s why workers are scared to file for a union,” says Manus Inklud, president of Petroleum and Chemical Workers Federation of Thailand and 27-year production auditor at Goodyear.

To address the issue, unions across Thailand have been urging the government to ratify International Labor Organization (ILO) Convention 87 and Convention 98 covering the freedom of association and the right to form a union and bargain collectively. Ratification would provide worker rights’ advocates with a strong basis for challenging employer efforts to break unions by firing workers because currently, “Thai law doesn’t provide us with a lot of support,” says Thanakhun, speaking through a translator.

Union activists also have pooled their efforts in a nationwide campaign to increase the minimum wage and bring it in line with inflation and cost of living. Union leaders say the government’s recent creation of provincial minimum wage tiers, governed by labor-management-government subcommittees, are manipulated by employers, and they recommend re-instituting a single national minimum wage structure.

Another key campaign involves rallying opposition to a proposed bill that would privatize crucial government services. The TLSC and its affiliate, the State Enterprises Workers’ Relations Confederation (SERC), recently petitioned the National Legislative Assembly to pull the Governance and Administration of State Enterprises draft bill, with SERC Vice General Secretary Pongthiti Pongsilamanee reiterating that the government is increasingly focused on profitability at the expense of public service.

The union coalition also is holding educational meetings around the newly enacted 2017 Labor Protection Act, which unions say could weaken union bargaining power by normalizing the use of lower-paid student trainees in the workplace.

A Union to Improve Their Children’s Future 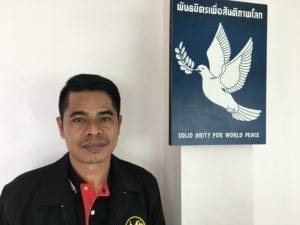 Factory workers often are not aware of how a union can improve safety on the job, says Paitoon Bangrong, president of the Eastern Labor Union, Credit: Solidarity Center/Tula Connell

Advancing worker rights across Thailand could not happen without union organizers like Paitoon Bangrong, whose tireless efforts to sign up new members encounter numerous obstacles—including from workers themselves.

Bangrong, a 17-year union member and metal pipe production line worker, is president of the Eastern Labor Union and works with TEAM to help workers form unions. He says many workers he talks with do not understand the benefits of unions, in part because unions receive negative media coverage. So he explains to them how unions improve safety on the job and bolster other fundamental worker rights, and then asks if their children will work in the plants.

“If their children work in the plant, they want good conditions,” he says. “They realize a union can provide better opportunities and working conditions for their children.” 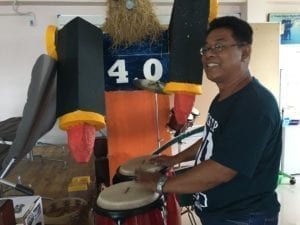 Sema Suebtrakul, who has organized some 100 factory unions over 20 years, relaxes at the Workers’ Training Center in Chonburi, Thailand. Credit: Solidarity Center/Tula Connell

Safety issues are rampant at plants without unions, says Sema Suebtrakul, who has worked as a union organize for 20 years, literally helping form the first unions in the country’s Eastern seaboard. Factories use second-hand machines without safety protections, buildings are rent by fractures that could lead to collapse, fire safety equipment doesn’t work, pregnant workers are not allowed to sit and dirty restrooms are a health hazard.

Now an organizer with the Federation of Thai Autoworkers Union/TEAM, Suebtrakul estimates he has organized more than 100 plant level unions. Originally a storekeeper with some legal background, Suebtrakul became aware of the sometime inhumane working conditions at industrial factories through a friend who was a union organizer. After he became involved in helping workers form unions, he became hooked on helping people, he says. 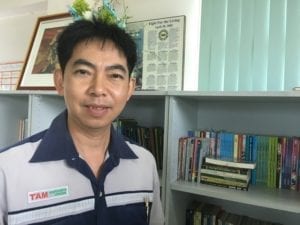 “If you don’t have union, you can’t negotiate with employers, you don’t have as good benefits or safety conditions”—Larey Youpensuk Credit: Solidarity Center/Tula Connell

Larey Youpensuk, president of TAW, which represents 9,400 members at 13 plants, says “there is a clear difference between union plants and non-union plants.”

“If you don’t have a union, you can’t negotiate with employers, you don’t have as good benefits or safety conditions.” Youpensuk says he’s proud of how he in his seven years as president, his leadership helped expand the union from five plants to 13, through intensive union organizing efforts with TAW’s parent federation, the Thai Auto Workers’ Union.

Youpensuk also beams with pride when talking about his fundraising efforts to help build the Workers’ Training Center and create a gathering point for Thai unions. Youpensuk and other Thai leaders are well aware that cohesion and coordination—solidarity!—throughout the labor movement is essential for success.