Tazreen Survivor, Anjuara: Too Injured to Hold Her Child 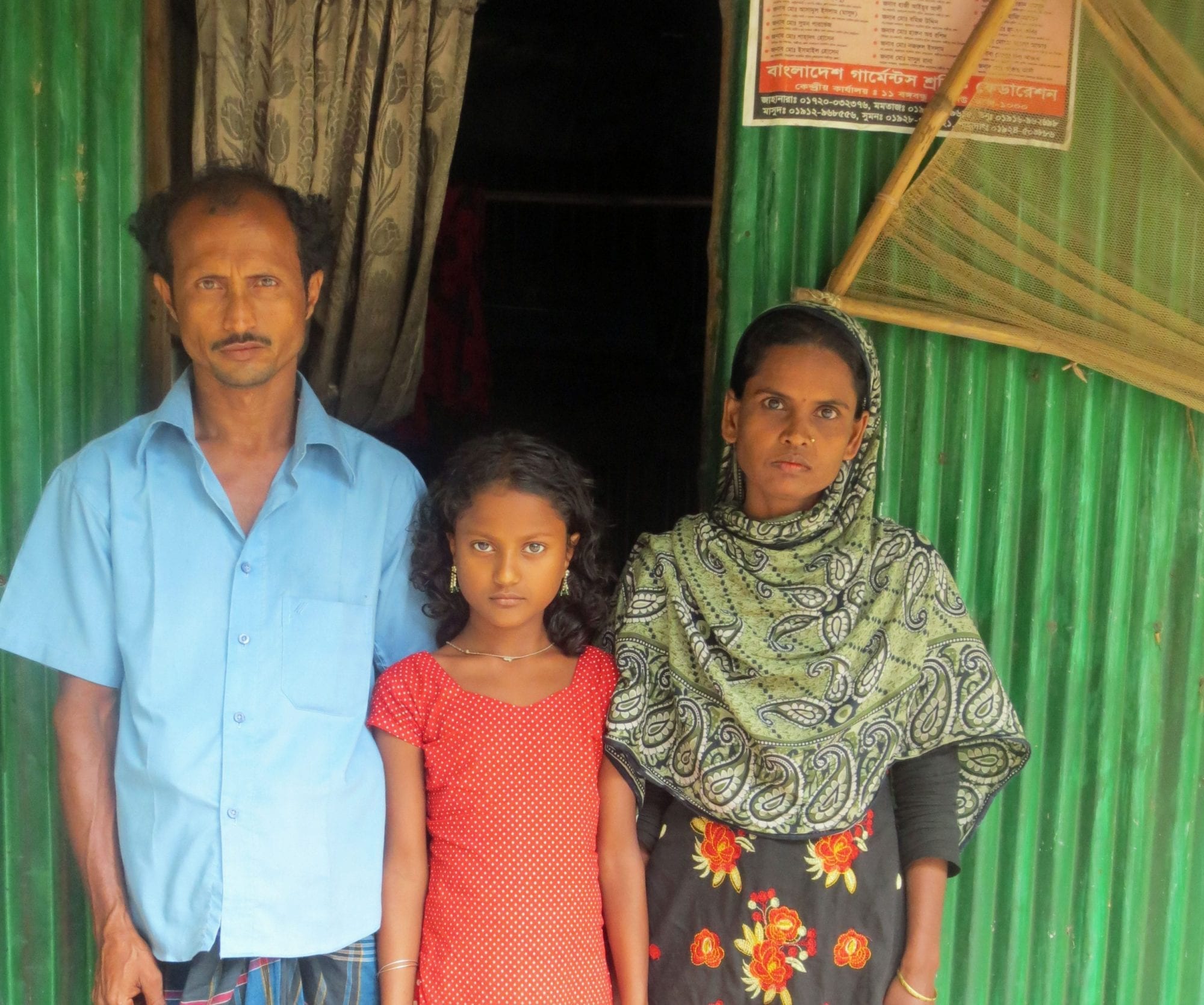 Anjuara suffers from constant pain. She is too injured to work and unable to pay the rent. Yet this is not the worst of her suffering following the November 24, 2012, Tazreen Fashions garment factory fire in Bangladesh.

“The most painful thing is that I haven’t been able to lift up my 3-year-old baby girl in my lap for the past year because of the severe pain in my hand and back,” Anjuara said, tears in her eyes.

Over the past year, Anjuara’s medical bills have added up to nearly $3,900—a fortune in a country where the average yearly income is $770, according to the United Nations. The compensation she received in the wake of the tragedy, $1,282.05 from the Bangladesh Garment Manufacturing and Exporting Association (BGMEA), did not come close to covering these costs. So she sold her few valuable possessions, such as her television and the small plot of land she owned in her village. She also went through her savings.

Yet she is far from well and may never be able to work. She is regularly in pain and cannot sit for long periods. Anjuara sustained two broken vertebrae and a broken shoulder when she made her escape from the blaze that killed 112 of her fellow garment workers and injured thousands more. Today, she is unable to lift heavy items.

“I haven’t been able to pay rent for five months,” Anjuara, 30, said. She lives with her husband and two daughters in Savar, just outside the Bangladesh capital, Dhaka. “I could not buy new dresses for my children last Eid and could not cook any food for them.” She owes more than $750 in loans and has no idea how she will pay them back.

“Sometimes I feel it would be better if I would have died in that fire,” Anjuara said, crying.

Her husband, Azahar, is a van driver. Anjuara said, “before this accident, we could save money for our children’s future. But now, because I can’t do any work, it is tough to maintain a family on only my husband’s income. Most of the time, my husband has to do the household work as I can not do heavy work at a stretch.”

Anjuara is stunned and saddened by the silence from the factory owner, international buyers and the government, none of whom have stepped up to assist Tazreen victims and their families. The Tazreen fire broke out on the first floor, where material was stored in the open, rather than in a fireproof room. The stairwells were locked, preventing workers from escaping the blaze, and managers uniformly tried to prevent workers from leaving when the fire alarm sounded.

“The Bangladesh government does not want us to remain alive. If the government wanted us alive, then we would get some financial support,’ Anjuara said. “We at least got condolences from the government. Our factory owner did not even express condolences to us.”

Anjuara, who came to Dhaka 12 years ago in search of a job with plans for a better life, has this hope.

“My wish is that no garment worker has to face any accident like the Tazreen fire.”