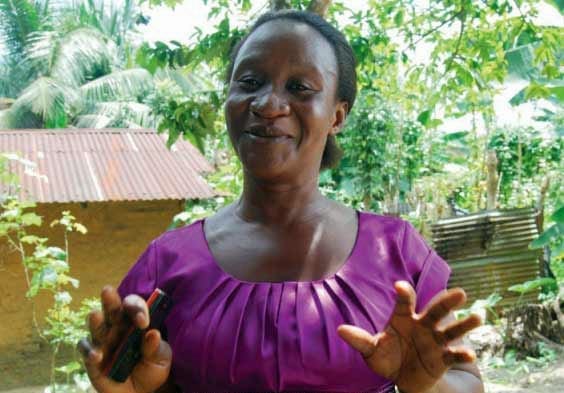 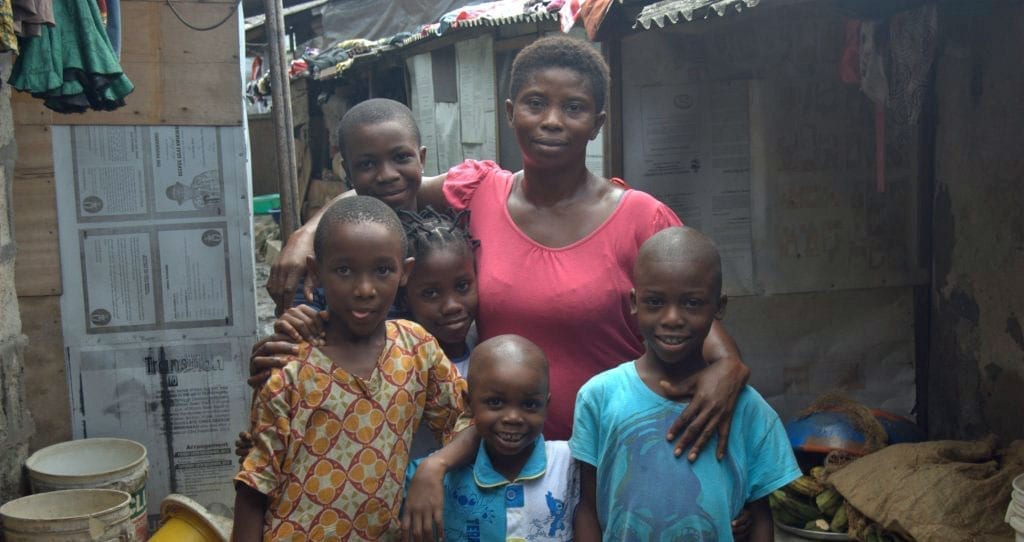 On a late September day in the Niger Delta region of Nigeria, hundreds of women from the Egberu, Afam-Ukwu and Afam-Nta communities gathered in Oyigbo.

They had repeatedly tried to talk with the local government council about their dire need for a functional health center but had been ignored. With no health facilities nearby, access to medical care required traveling long distances, a costly expense few impoverished residents could afford, and a journey that further endangered the health of women and their children.

The women marched to the council building that day in 2011 to demand the government meet with them. The council secretary instructed security to lock the gates, but as the guards tried to barricade them, the women pushed the gates open, singing as they did.

They would be heard. Because of their persistence, the council chief of staff met with them and, at their request, asked the state to renovate and update the area’s dilapidated health clinic. The government also built a well-equipped health center at nearby Obuakpu, achievements carried out by community women empowered through a dynamic community coalition, Women Initiative for Transparency and Social Justice (WITSOJ).

Born out of necessity to combat injustices in the Niger Delta, WITSOJ is training and mobilizing women and young people to effectively engage in the democratic political process, hold local lawmakers accountable and achieve concrete goals in their communities. WITSOJ formed in 2007, after a Solidarity Center workshop in Warri, a major oil city in Delta State.

“Women from all Niger Delta states were represented, and we were asked to go back to our communities and ask for social justice,” says Dr. Jennifer Spiff, who heads the organization. Following the Solidarity Center training, more than 200 women from a variety of organizations and communities met in Port Harcourt, and from there, the coalition reached out to additional women-based organizations. Spiff was interviewed as part of a new Solidarity Center report, “Nigeria: Empowering Women, Transforming Society.”

WITSOJ works closely with the national trade union movement, especially with Women in PENGASSAN (the Petroleum and Natural Gas Senior Staff Association of Nigeria). PENGASSAN members have called for transparency in the government’s handling of profits from its vast oil reserves, demanding that oil income fund infrastructure repair and create environmentally safe refineries. The union’s deep roots in local communities adds credibility to WITSOJ. The partnership with the union “gives WITSOJ the leverage to be trusted as an organization owned by the masses,” says Spiff.

Ceciliar Anthony, a farmer who lives in the Kpor community with her husband and three children and who took part in a community campaign for clean drinking water, says “WITSOJ activities brought responses from the leaders who have made firm promises for the first time.”

As a coalition of more than 20 local organizations, WITSOJ regularly taps into the expertise of its members and has the support of clergy. WITSOJ focuses on training women in large part because “women are the most vulnerable and are on the receiving  end of social injustice,” says Spiff, WITSOJ coordinator.

“WITSOJ has made women realize the need for gender equality, and that most times, women can become as good ambassadors in leadership as their male counterparts,” says Gold Minimah, an active WITSOJ member.

Victory Goodluck, a farmer from the Ihuike community who has taken part in WITSOJ workshops, agrees. “It is a good strategy to focus on women because women are instruments of change, and WITSOJ has enlightened us to know our rights and the power of women in bringing our desired vision into full manifestation.”

This article is an excerpt from the report, Nigeria: Empowering Women, Transforming Society.”  The report is part of Catalysts for Change, a Solidarity Center series supported by the National Endowment for Democracy. The series features the working people, their unions and activists who are advancing worker rights and greater equity in their societies. Their experience and efforts provide real, transferable lessons for others seeking to affect positive change.

Iraqi unions are strongly protesting the government’s continued, systematic harassment and punishment of union workers in the oil industry who are engaging in actions protected by international labor standards and conventions, and they are calling for a new labor law that ensures worker rights for all Iraqis. ACT NOW! Join the LabourStart campaign!

Although the right to peaceful protest is covered under Arabic and international conventions, the U.N. Universal Declaration of Human Rights, and the Iraq Constitution, Iraqi government agencies frequently interfere with internal union affairs, punishing union activists by imposing forced transfers, demotions, fines, travel restrictions, and other penalties allowed by Iraq’s labor law, which dates from the Saddam Hussein regime. The suppression of worker rights has been most severe in the oil sector, where the Oil Ministry has worked hand in hand with the oil companies to enforce these punishments.

This harsh approach is evident in the April 17, 2011, arrests of 25 workers at the Maysan Oil Company in southern Iraq who were peacefully demonstrating against corporate corruption. Even though they had received advance permission to hold their demonstration, a Ministry of Oil investigation led to the reprimand of seven workers and a warning to 18 others. All 25 were instructed that further actions would lead to greater penalties being applied against them. Individual letters sent by the company on December 13, 2011, essentially stated that the workers’ livelihoods would be jeopardized if they continued to engage in such activity.

Other recent retaliations have targeted top union leaders who engage in peaceful protest. Abdul Kareem Abdul Sada, vice president of the General Federation of Trade Unions and Workers’ Councils of Iraq (GFTUWCI)–Basra Branch, received a reprimand and six-month suspension of his salary bonus, in accordance with recommendations made by investigative committee No. 1129 on January 11, 2012. Hassan Juma’a Awwad, president of the Iraqi Federation of Oil Unions (IFOU), received a three-year grade demotion and Adel Abood, a board member of the southern oil union of the IFOU and member of the IFOU assembly board, received multiple written reprimands, based on the recommendations of the same investigative committee. All were accused of “inciting unrest.”

Government repression hinges on Iraq’s 1987 labor law, which prohibits union activity in the public sector and contravenes International Labor Organization conventions 87 and 98 on the rights to freedom of association and collective bargaining. A new draft labor law, which is currently before parliament, not only fails to secure those rights for Iraqi workers but also no longer contains a chapter on trade union organization. So far, there is no indication of when a separate law on trade unions might be introduced.

“The new draft law disenfranchises public-sector workers, who constitute the majority of Iraqi workers, and leaves them highly vulnerable to government retaliation for participating in union activities,” said Shawna Bader-Blau, executive director of the Solidarity Center. “We strongly denounce these repressive measures, intended to muzzle workers’ speech and intimidate union activists, and we call on the global labor movement to join us in condemning them.”