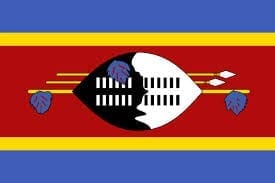 Workers continue to be sickened at a Swazi textile factory where dozens of workers required hospitalization earlier this month after the plant began using the dangerous chemical butyl acetate to clean clothing stains. The workers, who went to the hospital at their own expense, reported chest pains, severe headaches, vomiting and bleeding, and some collapsed.

Despite the severity of the symptoms and the number of workers affected, the union says management ordered workers back on the job before a thorough health investigation was completed. The company has denied paid sick leave to workers, including one woman who developed bloody blisters in her mouth. Union shop stewards report that the dangerous working conditions have not been addressed and workers continue to become sick, with some vomiting blood. A pregnant worker who experienced swelling was told by doctors in intensive care that her baby may not be breathing.

Butyl acetate, a flammable liquid which targets the central nervous system, should not come in contact with eyes or skin because it causes headaches, skin and eye irritation, affects the upper respiratory system and can cause unconsciousness, according to the U.S. Centers for Disease Control and Prevention.

Shop stewards from the Trade Union Confederation of Swaziland (TUCOSWA), which represents the workers, met with Ministry of Labor officials and managers at the Tex-Ray plant after the initial incident. They requested that all the employees receive medical checkups but say the company provided only a few doctors at the site and assured government officials that a health and safety committee operated in the plant, although one was not created until after workers became ill.

The company has minimized the severity and extent of the illnesses, TUCOSWA leaders say, by reporting fewer incidents of illness to the government and insisting that some workers are ill from other causes. To make up for lost production at the plant, union leaders say the company is forcing workers to toil on day and night shifts. Some 1,600 textile workers produce fleece jackets, knit tops and pants, and children’s clothes at the plant, one of nine garment and fabric factories the company runs in Swaziland.

The plant is based in Matsapha, where most of the country’s industrial factories, primarily textile production, are centered. Workers responding to a recent TUCOSWA survey among 400 textile workers in Manzini, near Matsapha, report they work in harsh and sometimes abusive conditions and say labor laws are routinely violated.