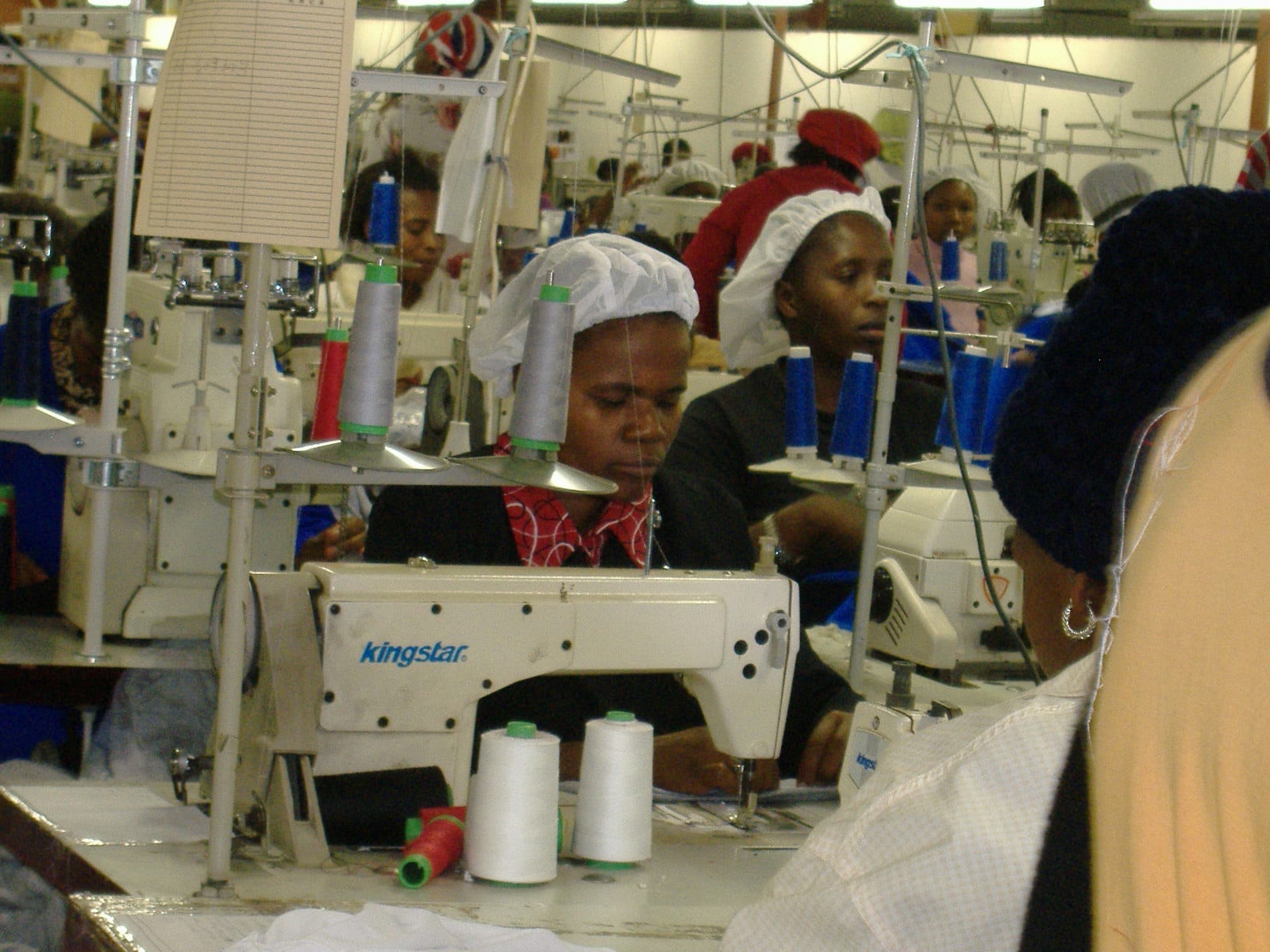 A recent survey by the Trade Union Congress of Swaziland (TUCOSWA) of more than 400 textile workers in Manzini, Swaziland, reveals that workers in the textile sector are subject to harsh and sometimes abusive conditions, many of the country’s labor laws are routinely violated by employers, and union activists are targeted by employers for punishment. (Download a PDF of this article.)

Surveys were collected by a team of five TUCOSWA union organizers from June 23–July 2, 2014. Workers from 18 of 28 textile companies in Manzini were represented in the survey and included sewing machine operators, pressers, quality controllers, packers, cleaners, trimmers, cutters and storeroom workers. The vast majority of respondents—94 percent—were women. And nearly a third of workers surveyed had post-secondary school education.

Some workers reported that supervisors slap or hit workers with impunity. In one example, a worker knocked to the ground by a line manager was suspended during an investigation of the incident while the line manager continued in her job.

Women reported instances of sexual harassment, as well. Several workers said they or other contract (temporary) workers were offered a permanent job in exchange for sex.

Nearly all workers—90 percent—reported having production quotas. Of these, more than 30 percent said they can never, or almost never, meet their quota, while more than 80 percent reported difficulty meeting their quota. According to the survey, punishments for not meeting quotas include suspension without pay, mandatory unpaid work through lunch breaks and verbal harassment.

Survey results also show that employer punishment of workers who are ill, injured or pregnant is common. More than 60 percent of workers said they knew someone who was fired for being sick or pregnant. Some respondents said any worker taking five sick days are automatically punished with three months forced unpaid leave.

The Swaziland Employment Act of 1980 guarantees maternity leave, prohibits termination for pregnancy and mandates 14 days paid sick leave per year under penalty to the employer of a fine or up to one year imprisonment.

Even though more than ninety percent of survey respondents believe a union would help them improve workplace conditions, survey responses show that most employers in the textile sector are hostile to unions. Eighty percent of respondents said their employer does not accept workers’ right to form a union while almost the same number reported knowing of union organizers, activists or leaders who were punished, fired or otherwise intimidated.

“Union members are victimized so I am scared to join,” said one worker.

Workers report that more than half of the clothing they produce is destined for U.S. and European stores.

In June 2014, Swaziland lost eligibility for benefits under the Africa Growth and Opportunity Act (AGOA) because the Swazi government had not demonstrated progress on the protection of internationally recognized worker rights, in particular, protecting freedom of association and the right to organize. The U.S. government, in announcing the rescinding of AGOA eligibility, also pointed out Swaziland’s “lack of legal recognition for labor and employer federations.”

TUCOSWA was formed in in January 2012 and registered by the Swazi government.  The union federation was deregistered in April 2013, putting the government in violation of Convention 87 of the International Labor Organization Convention 87 which the government has ratified. Since deregistration intimidation of TUCOSWA leaders by government security forces has been widely reported, including arbitrary arrests, threats and assaults while in police custody.