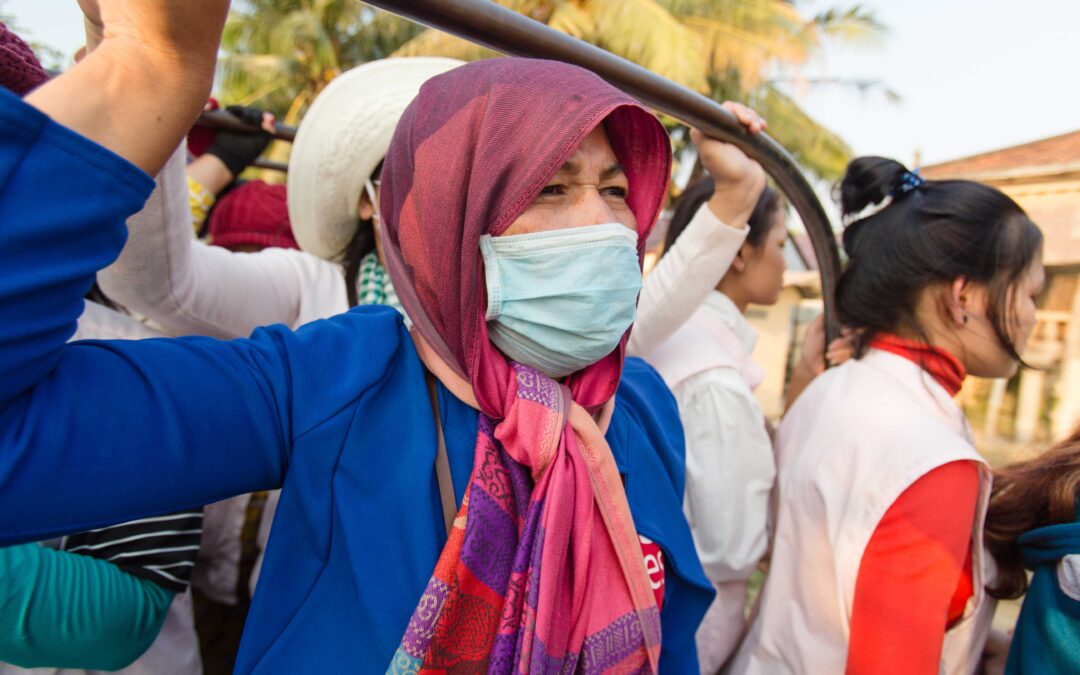 Half or more workers in key Cambodian industries were suspended for three or four months, and most were unable to support themselves on government aid during the pandemic, according to a new study that put hard data to the suffering of the country’s low-wage workers.

Some 53 percent of those working in tourism were suspended for an average 15 weeks, and 40 percent of workers in Cambodia’s garment and footwear industries were suspended for an average of 11 weeks, according to a survey of 1,525 workers by the Center for Policy Studies. Solidarity Center and The Asia Foundation supported the research, which reports results from July and August 2020. (See the full survey.) 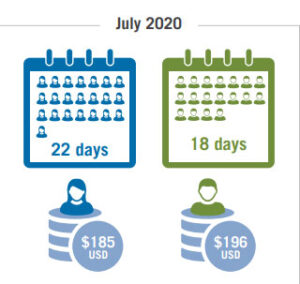 Women workers in Cambodia worked more and were still paid less than men during the pandemic. Source: CPS/Solidarity Center/Ponlok Chomnes

All workers who returned to the job by July 2020 on average were employed for fewer hours and earned less than in July 2019.

COVID-19 an Excuse to Exploit Workers

Although many businesses were forced to temporarily suspend operations or shutter permanently during Cambodia’s first wave of COVID-19, some employers took advantage of the pandemic to lay off workers, union leaders say.

Further, hospitality and garment workers who returned to, or remained on the job, were not provided adequate personal protective equipment (PPE) or measures to ensure their safety, according to union leaders in Cambodia. Unions have been organizing to hold employers to account, negotiating for better protection measures.

To assist garment and tourism workers during the country’s first wave of COVID-19, the Cambodian government launched several programs, including financial support for workers suspended from the job and a skills improvement training program. But workers interviewed for the survey said the suspension payments, which ranged $40 to $70 per month, were not sufficient to cover the roughly $69 they needed for basic monthly food expenditures.

Half of those surveyed say the suspension allowance was their only income, and more than 50 percent said they could not afford to send remittances to their family as a result of pandemic-related losses. Between 40 percent and 60 percent of workers surveyed say they took on debt to survive.

Since February, Cambodia has experienced its worst COVID-19 outbreak, which has led to a deepening crisis for workers as many major cities and several provinces have been in strict lockdown.

During the pandemic, workers in many industries have been left out of public social protection programs, such as health coverage, and the survey recommends extension of these benefits for the most vulnerable.

Without such support, garment workers like Eang Malea are returning to their factories despite the risk of contracting COVID-19.

“I need to pay rent, utilities and debts, ” Malea, 26, said. “I worry that I will get infected by going to work without being vaccinated, but I don’t really have a choice.”