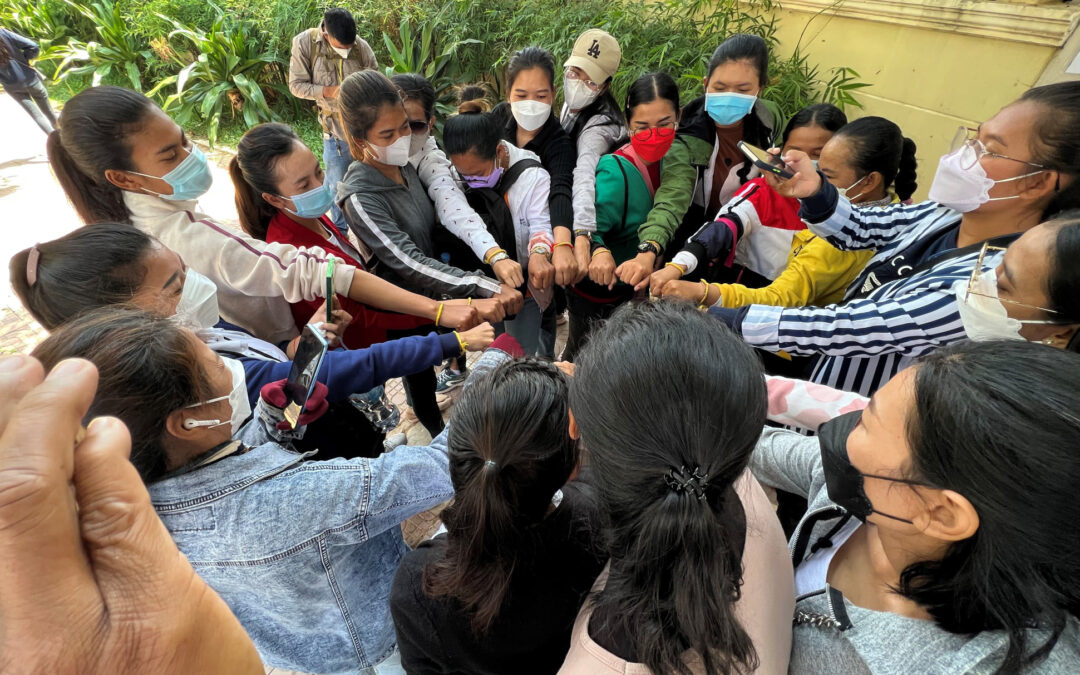 Workers on strike at NagaWorld in Cambodia are demanding the release of union leaders arrested on the picket line. Credit: CCHR

Striking workers at NagaWorld hotel and casino complex in Phnom Penh, Cambodia, petitioned several embassies and consulates this week asking them to contact the government about the arrests of union leaders and urge officials to respect human rights. 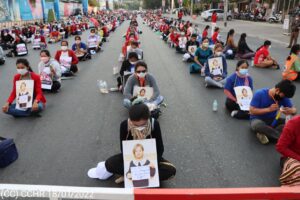 During a police raid on union offices December 31, nine union leaders were arrested and computers and phones seized. Four days later, union president Sithar Chhim was violently taken away by plain clothes police while attempting to join her colleagues on the picket line. Chhim and the other union leaders at the Labor Rights Supported Union of Khmer Employees of NagaWorld union (LRSU) are charged with incitement, which carries a sentence of up to five years in prison.

An additional 15 striking workers were arrested January 3 as they peacefully walked the picket line. Thousands of slot machine workers, dealers, housekeepers and technicians have been on strike for more than a month, demanding the reinstatement of 365 employees who were fired in April. While management asserts the layoffs were due to COVID-19, union leaders say those laid off were all union leaders and activists. Chhim and eight other union activists are being held in two separate detention centers under a 21-day quarantine, and so denied any visitors, including their lawyers.

“It is obvious that the company wishes to destroy the union,” Chhim said late last year.

The layoffs took place shortly after the union won a wage increase that boosted pay between 18 percent and 30 percent and secured the reinstatement of Chhim, who was suspended from her job in September 2019 for defending the right of a union member to wear a shirt with a message that called for higher wages. Chhim has worked at NagaWorld since 2007. 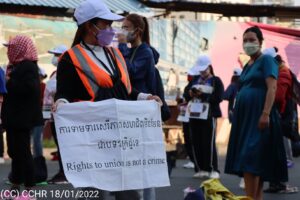 Civil society groups have noted that the Ministry of Labor has not addressed worker reinstatement, the workers’ foremost demand. Union leaders called a strike for December 18 after management refused to talk with the union for weeks and remained silent during mediation meetings with the Ministry of Labor.

Officials at the United Nations, the International Labor Organization (ILO) and global human rights organizations have condemned the arrests, with ILO Director General Guy Ryder calling for their immediate release. “Arrests and imprisonment in connection with peaceful strike action constitute a serious interference with civil liberties in general and trade union rights in particular,” Ryder says in a letter to the Cambodian prime minister. 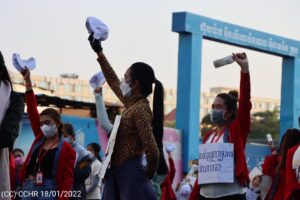 Union leaders say NagaWorld has a long pattern of anti-union actions in Cambodia that began as early as 2010 when the global food, hospitality and service workers union IUF filed its first complaint to the ILO Committee on Freedom of Association regarding the unfair termination of 14 union leaders and members. The company’s repeated attempts to deny worker rights include lax safety and health protocols, with workers saying the company in 2021 ignored their calls for safety measures to protect employees from contracting COVID-19 and for transparency in reporting outbreaks.

NagaCorp, a five-hotel resort and casino, has an exclusive, multidecade license to operate in Phnom Penh and despite pandemic lockdowns, reported substantial profits in 2019 and 2020.