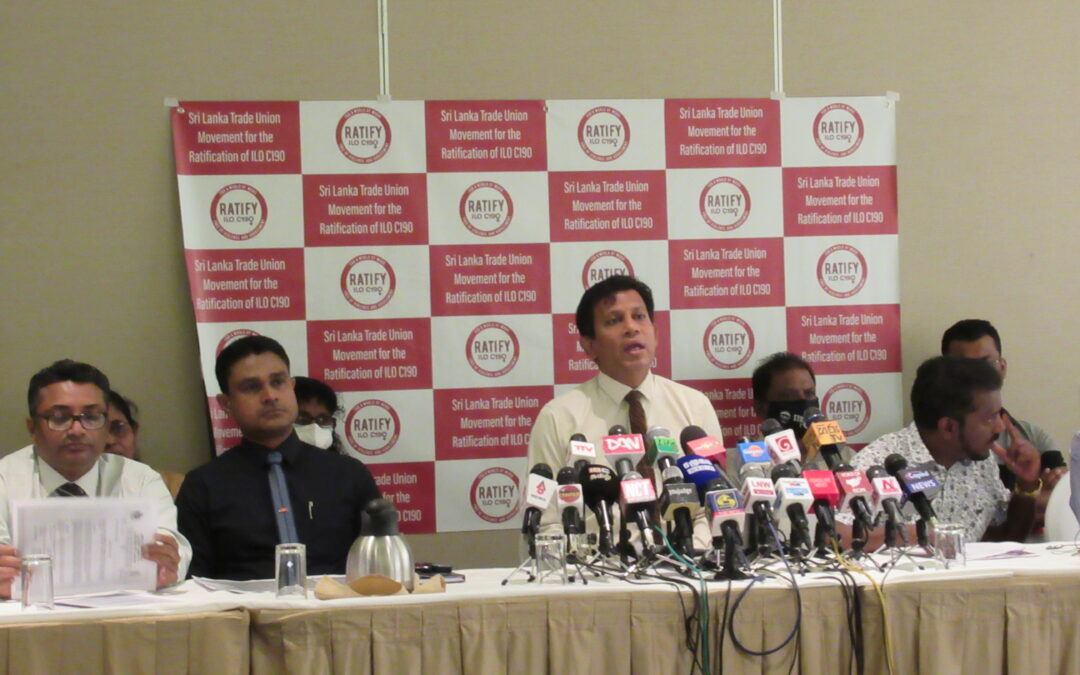 A coalition of unions in Sri Lanka is urging the government to ratify C190. Credit: Sean Stephen

Unions in Sri Lanka are urging the government to follow through with its promise to ratify a global treaty to end gender-based violence and harassment in the world of work by March 2022.

The Sri Lanka Trade Union Movement for the Ratification of ILO C190 in Sri Lanka, comprised of 17 trade union leaders from the public and private sectors, held a press conference in recent days to call out the government for deliberately delaying the ratification process.

International Labor Organization Convention 190 (C190) is the first international treaty that addresses violence and harassment at work. The ILO adopted it in 2019  during its annual meeting in Geneva.

“There is no point in raising your hand in Geneva, only to lower your hand in Sri Lanka,” Saman Rathnapriya, chairman of the Government Nursing Officers Association said at the press conference.

Ten countries have ratified the convention.